What will you find some of TI’s most outstanding volunteers doing?

This year 15 awards will provide a total of $15,000 to nonprofit organizations in seven communities on three of the continents where TI operates. An independent panel of outside judges selected two employee teams from Dallas, Texas, and one team from Shanghai, China, and 12 individual employees. Five of the individual winners are from North Texas, and three are from California’s Bay Area. The remaining three individuals are from Freising, Germany, Novi, Michigan and South Portland, Maine.

We’re very proud of the generosity and dedication shown by all of this year’s winners and nominees. Each award winner has a different volunteer experience and passion, but they all share TI’s commitment to building strong communities.

Nominations were judged on several criteria, including the impact the volunteer work had on the community and the leadership the individual or team exhibited. TI will make a U.S. $1,000 donation on the winners' behalf to the approved nonprofit agency where they volunteered.

Worldwide TIers recorded over 93,000 volunteer hours equating to more than $2.1 million in donated time in 2014.

The TI Founders Community Service Awards are named in honor of TI founders Erik Jonsson, Eugene McDermott, Cecil Green and Pat Haggerty, who set the standard for TI employees to be involved in their communities.

Created for TI's 80th anniversary in collaboration with the Silicon Valley Community Foundation, these annual awards recognize outstanding TI employees who work to improve their communities in sites around the world. 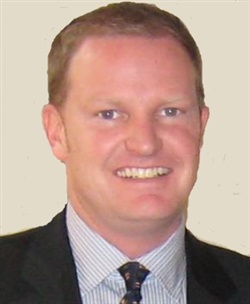 Bob has served as the site’s United Way campaign coordinator helping participation go from nine percent to 50 percent. By learning about the community needs, where the money is going and setting an example for others, he has inspired TI’s Sunnyvale sales office to give back to the community. Bob has designated his $1,000 award to go to A.J. Dorsa Elementary via United Way Silicon Valley. 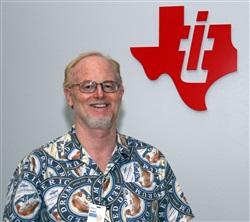 For the last 28 years Glenn Briggs has been an advocate, ally and friend of Mosaic, an organization that provides a life of possibilities for individuals with intellectual disabilities. Glenn volunteers in many different aspects and was one of the founding team members of Mosaic’s Partners in Possibilities Program that helps educate the community about the organization.Glenn has designated his $1,000 award to go to Mosaic in Carrollton, Texas. 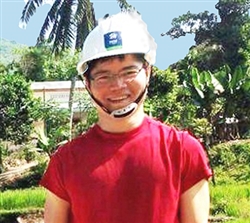 Si touches lives every year through his services for The Leukemia and Lymphoma Society, Habitat for Humanity, TI's community outreach projects and many other organizations for which he volunteers. He has participated in a number of marathons to help raise awareness for LLS and has helped build homes in the Bay Area and in a very poor community in Vietnam. Si has designated his $1,000 award to go to the Greater San Francisco Habitat for Humanity. 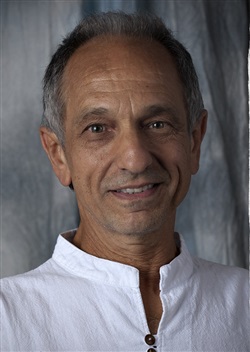 Len volunteers in the community as a peacemaker, serving on the Board of three different nonprofit organizations: Peacemakers Incorporated, DFW International and Dallas Peace Center. More than being a presence on these boards, Leonard takes an active role in the community by teaching and modeling peacemaking techniques. He is an active member of Veterans For Peace, and has been nominated and accepted as an Ambassador For Peace by the International Federation for World Peace. He regularly gets involved with local issues concerning violence against women and children, human rights and gun violence. Len has designated his $1,000 award to go to Peacemakers Incorporated in Dallas. 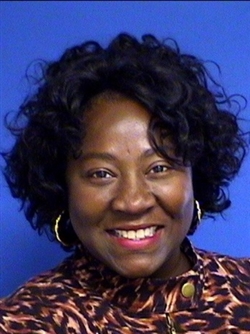 Meta has a passion to help others through education. She shares her personal story and expertise, inspires others to volunteer, and serves as coordinator for the Back to School Drive and Holiday Giving Program. For the past two years, Meta has increased her involvement with the Frank Greene Scholars Program (GSP) Career Fair and the Summer Science Institute and works with the National Coalition of 100 Black Women Silicon Valley Chapter to encourage minority students to pursue higher education. Meta has designated her $1,000 award to go to Fisk University in Nashville, Tennessee. 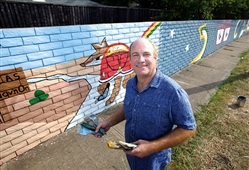 For over 15 years, and without compensation, Brent has spent countless hours making the North Dallas community look better and feel safer. An engineer by day and an amateur artist by night, Brent removed all the graffiti from the eight mile stretch of Forest Lane from Central Expressway to Harry Hines. He also started and funded the Forest Lane Mural Restoration Project and completed the half-mile stretch of art in three months. Brent has designated his $1,000 award to go to the Genesis Woman’s Shelter in Dallas. 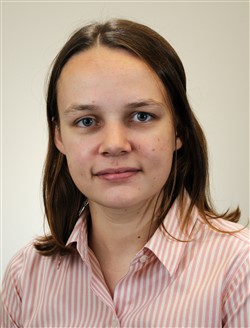 Natalie organized TI’s local United Way campaign and community volunteer efforts for the Novi field sales office. A few years back, she attended a fundraiser for the Gleaners Community Food Bank that one of her customers had put together. This inspired her to take action, and she led the group’s two volunteer events at Gleaners in Detroit last year. Her efforts helped generate a 233% increase in dollars given by the team, which, when doubled by the TI Foundation, resulted in $16,296 to United Way of Southeastern Michigan United Way. This year the number of volunteers for United Way also nearly doubled. Natalie has designated her $1,000 award to the Gleaners Community Food Bank of Southeastern Michigan. 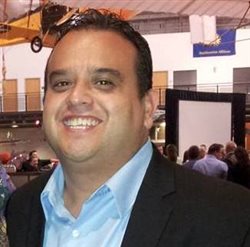 Ruben leads volunteering for TI’s Hispanics in Finance & Operations Network (HFON). He has truly made an impact with the events he hosts and time that he devotes to Mi Escuelita, a United Way agency that has been on the receiving end of TI’s longest running community volunteerism project (more than 35 years). Not only has Ruben raised awareness of the organization’s need for donations, he has organized science projects and weekly reading sessions for several hundred children who are living at or below poverty level. Ruben has designated his $1,000 award to go to Thomas J. Rusk Middle School in Dallas. 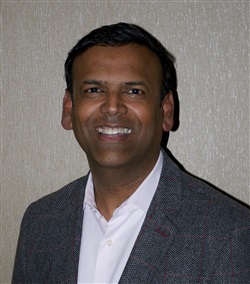 Sanjeeb served on the Center for Non-Profit Management (CNM) Board and led its Technology Committee. He helped with CNM's strategic plan and served as an advisor to develop their Technology Roadmap which entailed a $250,000 budget. Sanjeeb also led the formation of a group of expats from the DFW business community that focus on helping homeless kids through Rainbow Days (RD) and the refugee community through Human Rights Initiative (HRI).Sanjeeb has designated his $1,000 award to the Human Rights Initiative in Dallas. 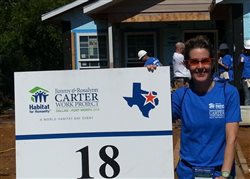 Kathy has had a direct impact improving the lives of hundreds of homeless families through her work with Dallas Area Habitat for Humanity and Interfaith Housing Coalition over the past 13 years. She has logged 250 build hours including most recently participating in the 2014 week-long Jimmy & Rosalynn Carter Work Project. Kathy has designated her $1,000 award to go to the Dallas Area Habitat for Humanity. 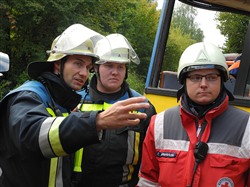 Michael joined Freising’s volunteer fire department in 1984 at the age of 14 and has gone out on more than 1,000 calls. To be prepared for emergencies, Michael practices once a week for two hours, plus two to three times per year during full-day training sessions. Beyond the classical fire-fighting activities, fire departments in Germany also play a major role in public life, directing traffic during parades and other major city events to ensure safety. Michael has designated his $1,000 award to the ‘Freiwillige Feuerwehr Freising’ (Volunteer Fire Department Freising). 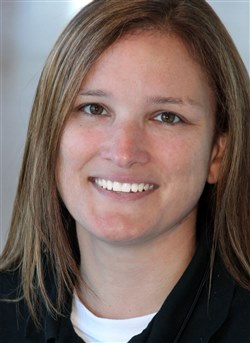 Misty is an enthusiastic leader for numerous volunteer activities at MFAB. She has coordinated many United Way activities over the last two years and organized a variety of “Day of Caring” activities – two occasions for Habitat for Humanity and several days at Ruth's Reusable Resources. Misty also organized and participated in the local Engineering Ambassadors program. She also has an interest in raising awareness about health issues. She personally coordinated MFAB’s observation of National Wear Red Day to raise awareness of heart disease among women.Misty has designated her $1,000 award to go to Ruth’s Reusable Resources in Portland, Maine 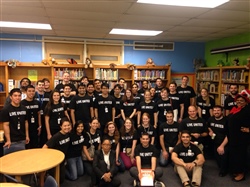 New Employee Initiative (NEI), Dallas - 150+ employees participated in projects with a total of over 775 volunteering hours in 2014.

TI's Dallas New Employee Initiative Team provided 13 volunteering opportunities to new employees in 2014, focused on children of all ages.   Many of the projects supported TI's commitment to encourage the next generation to get involved in science, technology, engineering, and math (STEM), especially female and minorities who are underrepresented in the STEM fields today.  One of NEI’s volunteer projects consisted of a science experiment making 'ooblecks' (based on a Dr. Seuss book) with 240 third through fifth graders at John Ireland Elementary. The team also hosted an egg drop competition with 400 fifth through eighth graders at KIPP Academy. NEI volunteers also led an activity at TI's Take Your Daughters and Sons to Work Day, where over 100 teenagers designed, built, and executed a seed delivery system.NEI has more than 850 members from throughout the company.NEI’s $1,000 award has been designated to go to Reading Partners in Dallas on the team’s behalf.

The TI mentoring team at Conrad High School volunteered to build a robotics programs in the Dallas community with the goal of inspiring students’ interest in STEM. The team has worked to strengthen the FIRST Robotics Competition team #3005 since 2013, providing technical and life mentoring for 25 students per year. The FIRST Robotics Competition brings high school students and professional engineers together to solve an engineering design challenge. Team members are also active in community outreach, participating in five to ten demo events per year. The mentoring team spends 25 hours each week during the six week build season working with Conrad students to guide them through the entire process of building a competitive robot from scratch. The team also started two junior high teams in the last year and has recruited additional TI support for the teams. Internally the team has helped drive the formation of TI's Robotics Steering Team, which manages how TI supports robotics programs as a corporation. The Conrad Robotics Team’s $1,000 award will be designated to go to the Vickery Meadows Youth Development Foundation on the team’s behalf. 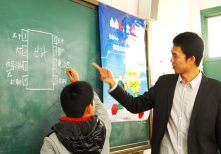 Over the past year TI employees in Shanghai served as volunteer teachers and organizers for a Magic Electronics class. Their work entailed reviewing university students' demos for the class and providing advice to around 350 primary students. The young students from the Meishan TI Hope School and Danling TI Hope School, which have limited education resources for science and technology, benefitted both from the course content and the contact with the volunteers.“Magic Electronics” was designed to inspire primary students about science and technology. During the 45-minute class, the volunteers show innovative demos to students and invite them to feel the magic. They introduce basic electrical engineering knowledge (i.e. what is a chip and how chips change the way we live). The class also includes a hands-on session allowing students to build a small demo of their own. A TI Magic Electronics Competition was organized by the HR Staffing and China Citizenship teams in seven prestigious universities across China. TI volunteers and university students presented the Magic Electronics class together in six needy primary schools located in the of TI branch offices’ communities in China. Altogether 66 student teams from seven universities joined the competition and after two rounds, seven student teams were selected as winners. The final live competition attracted more than 280 students and TIers. After the competition, student winners from six universities revised their projects based on TI volunteers' suggestions and delivered the course to six needy primary school students accompanied by TI volunteers. A grant of $1,000 will be awarded to an organization to be named at a later date on behalf of the TI Magic Electronics Team.