Planting seeds for a greener world

From donating books to recycling electronics, from buying plants to building planters with school children, from park cleanup to planting trees, TIers found creative ways to celebrate Earth Day 2015 and help the environment.

In Dallas, for the 20th consecutive year, TIers spent a morning cleaning up Cottonwood Park, located near the TI campus. In addition to children playing there, the park gets used by the community for summer and after-school activities for at-risk students, and for gatherings promoting a healthy, active lifestyle.

“Our help in maintaining the park in a better state has made it possible for hundreds of children to enjoy it,” said Alex Aguilar, an environmental, safety and health specialist at DMOS6, and organizer of the cleanup for the last 5 years. “The 20 year anniversary is huge in that we have sustained this tradition, acting as environmental stewards by collecting trash from the park and creek. It’s an event many TIers have participated in and look forward to each year as a way to celebrate Earth Day.” 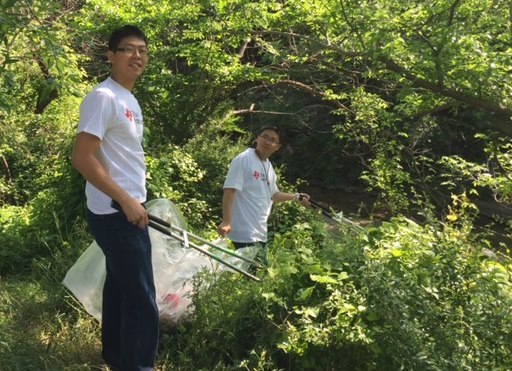 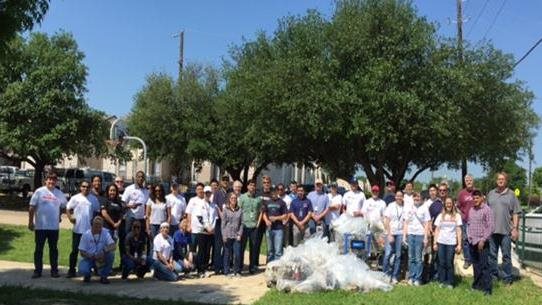 Halfway around the world, at the manufacturing site in Taipei, Taiwan, Joyce Chang also wanted to celebrate Earth Day by encouraging TIers to go outside and mingle with the community.  An environmental engineer who joined TI in 2013, Joyce was drawn to the company's commitment to the environment and opportunity to contribute to TI's green initiatives.

"My roles and responsibilities require me to find solutions for environmental protection at the manufacturing site, and I'm motivated to think about what individuals can contribute to green the world," said Joyce. "At TI, having an environmental campaign is not just a nice-to-have thing. It's a must-have and as more people get involved, the more of a difference we can make."

Managing waste materials, including wood, is one of Joyce’s responsibilities. While TI usually pays authorized vendors to recycle and reproduce waste wood into pellet fuel, Joyce and her team wanted to find a new solution to extend its life cycle in an easy and fun way. Their brainstorming resulted in a volunteer activity where TIers helped students at a local school build planters for flowers.

"Over 50 volunteers were recruited, and 40 students were invited to participate," said Joyce. "Throughout the four hour event, volunteers and students became skillful artists, cutting and pinning the wood into flower shelf shapes. Then, they decorated and painted the shelves and put small plants in them."

Joyce said the students were happy to work with TI on the project, and she was proud of TI for planting small "green" seeds in their minds. 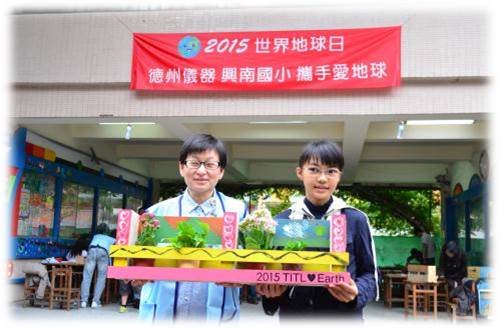 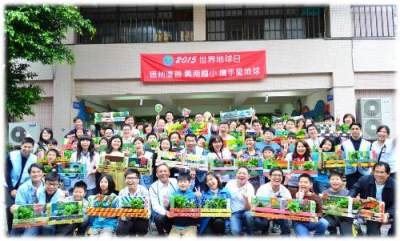 TIers also “planted seeds” at a school near the wafer fab in Richardson, Texas by sponsoring an art contest for students to help spread the message of caring for the environment. At the same time, they collected four pallets of scrap electronics for recycling, and three bins of documents for shredding, totaling nearly 2 tons of material.

In addition to collecting paper and electronics for recycling at the Spring Creek site in Plano, Texas, TIers were encouraged to start clearing out unneeded items in preparation for their move out of the building next year. More than 350 books that had been sitting on office shelves found a new lease on life by being donated to a local library. 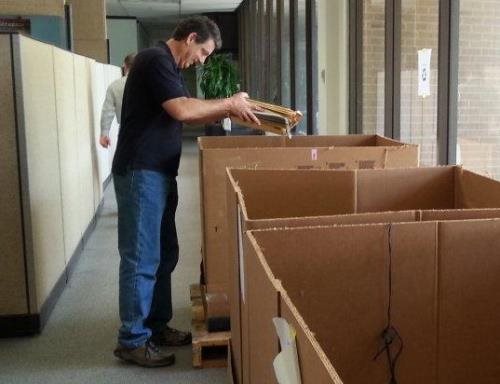 The 1.2 tons of documents collected by Santa Clara, Calif. TIers for shredding and recycling helped to save 20.4 trees, 3.6 cubic yards of landfill space and 8400 gallons of water. More than 3000 pounds of scrap equipment and more than 900 pounds of computer monitors were also collected for surplus or e-recycling. 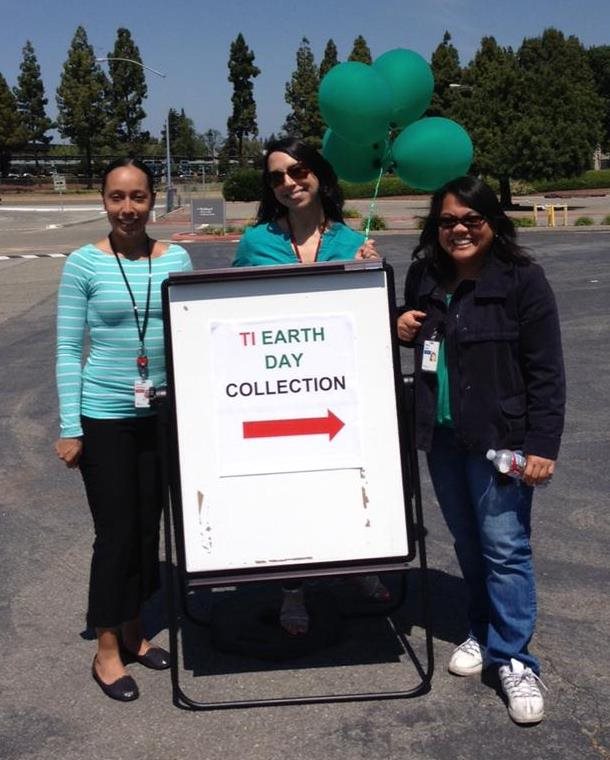 Displaying and selling jute products and plants is an Earth Day tradition at the Bangalore, India design center. This year TIers bought more than 200 herbal, medicinal or ornamental plants, including Bonsai and orchids, with cactus being the most popular. 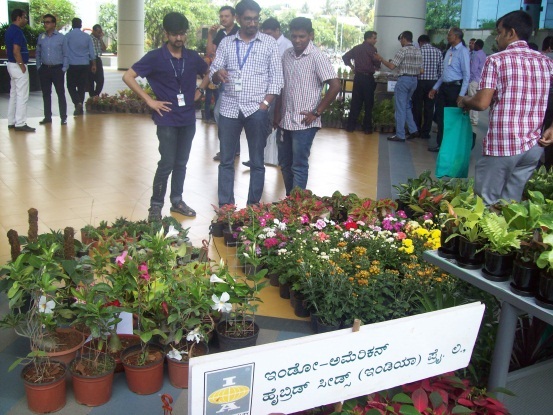 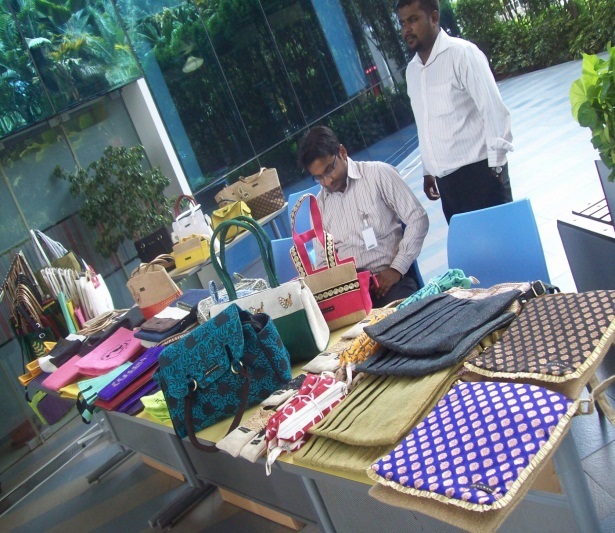 Volunteers in Chengdu, China celebrated Earth Day by planting 12 trees in an open area near the facility. 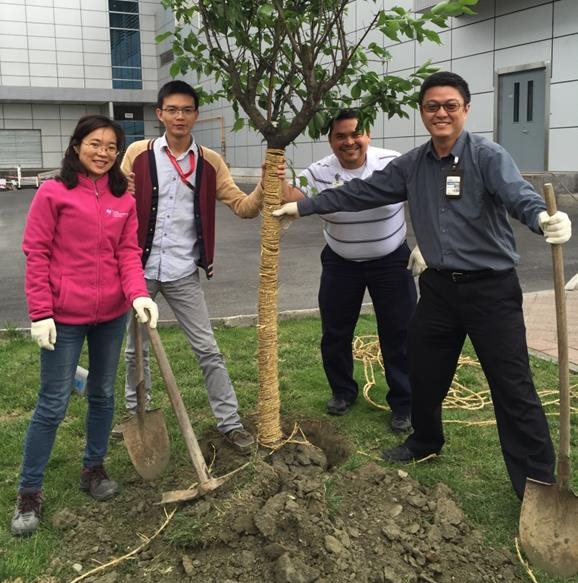 "As a responsible global citizen, TI values its people and the environment we live in," said Joyce. "We have great culture of going green and giving back to our community. I am proud of the way TI encourages employees to get involved in community service, and believe it makes TI a stronger company in a competitive business market."