“Science is fun. Science is curiosity. We all have natural curiosity. Science is a process of investigating. It's posing questions and coming up with a method. It's delving in.” -- Dr. Sally Ride

Dr. Ride’s words and passion for science, technology, engineering and math (STEM) were inspiration for high school students across India who participated in the Texas Instruments India Science and Technology Quiz in February. Dr. Ride, the first woman and youngest American to go into space at age 32, was featured in one of the many questions that covered the length and breadth of science and technology for high school students during this year’s competition.

Organized by TI India, the quiz was launched in 2003 as an effort to demystify and promote STEM education. Growing from a single location in 2003 to reaching students across five cities including Kolkata, Chennai, Delhi, Mumbai and Bangalore, the quiz has been enormously successful. This year’s quiz reached more than 4,000 students. And, even though it was a school holiday and examination season was approaching, more than 100 high schoolers turned up to watch the national finals of the 11th annual competition.

Through the quiz, TI aims to motivate students to take up innovation and scientific inquiry as a way of life. Timing is important to reach students when they are about to make choices in higher education and encourage them to develop a scientific mindset. “TI understands the value of a well-informed future workforce and has been a long-standing partner in efforts to bolster hands-on learning opportunities for students through various programs. Students are critical to creating innovative solutions for the world’s biggest challenges,” said Santhosh Kumar, president and managing director, TI India. “By instilling a passion for science and technology into the minds of these future innovators, we hope to accelerate their interest in this direction. We want to emphasize on the role of technology education to address the ever-evolving needs of engineering.”

In Bangalore, like every year, more than 300 teams of top students including boys and girls of classes 8, 9, and 10 from over 25 schools engaged their brains full throttle. Battle lines were drawn, and it was a fight to the finish for Chennai, Kolkata, Mumbai, Delhi and Bangalore. The teams of “whiz kids” put on an awe inspiring display of speed, clarity and insight in taking and answering questions.

The winning team, made up of G Pranav Hari and S Pranav Kamesh of Maharishi and Vidya Mandir Chetpet of Chennai, received a trophy and TI graphing calculators among other prizes. “We couldn’t make it to the top during the last quiz so we really wanted to win this time” they said.

This quiz, originally called the Kilby Quiz in honor of Jack Kilby, TI Nobel laureate and first inventor of the integrated circuit, continues to play an important role in promoting student interest in STEM education in India. 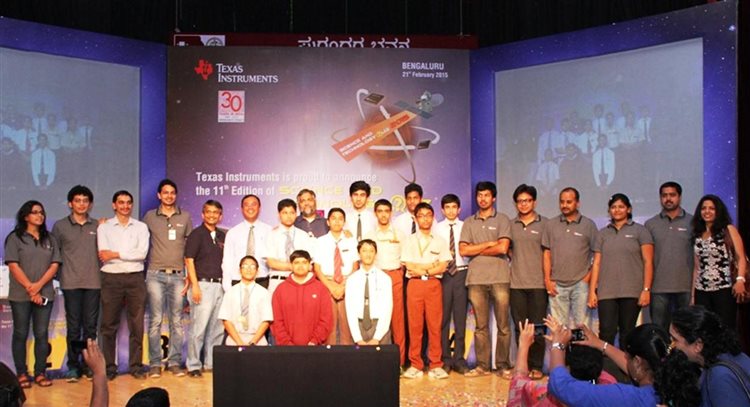