Archives
University Program AI with TI: The drone that could save your life

AI with TI: The drone that could save your life

From self-driving cars to drone delivery systems, the intersection of artificial intelligence (AI) and drone technology means more and more vehicles are becoming autonomous.  But it’s not just vehicles.

We’re moving to a world of automating routine tasks that not only make our daily lives easier (butler robot anyone?), but also perform life-saving tasks like search and rescue. That’s the inspiration behind what recent University of Florida post graduate student, Jordan Street, tackled with his 3rd place submission in the 2015 TI Innovation Challenge North America Design Contest – the Hercules Autopilot. 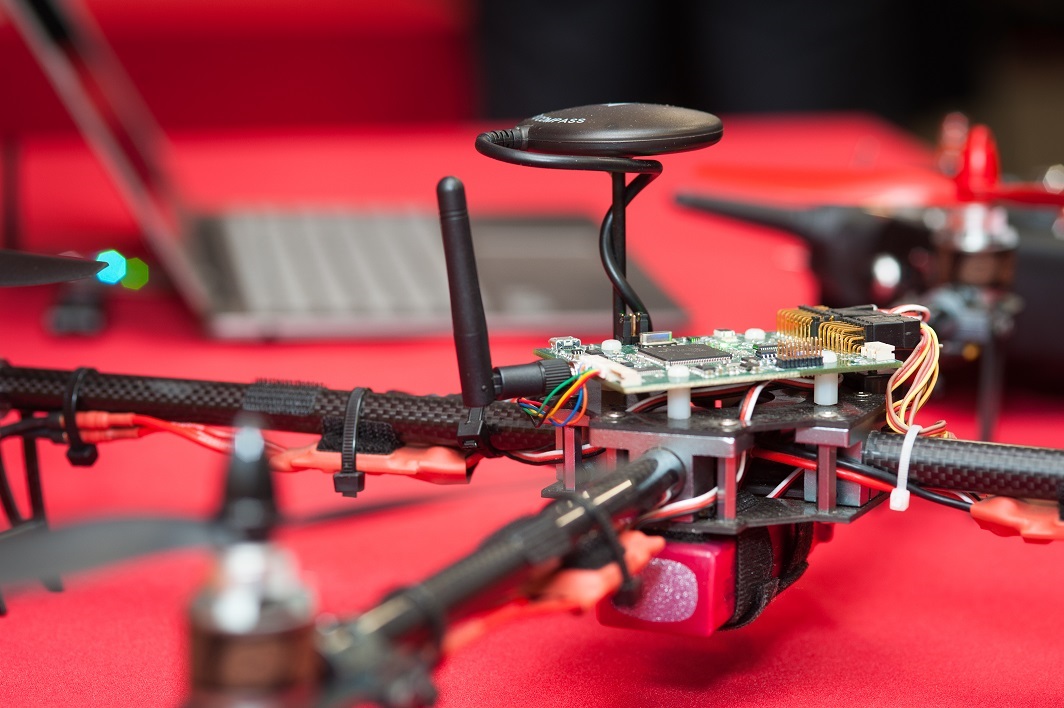 What: The Hercules Autopilot is a full flight control system designed for quadrotor unmanned aerial vehicles. In short, it’s a drone that can operate autonomously or manually in hazardous situations like search and rescue missions, border patrol and humanitarian aid deployment. Drones like the Hercules Autopilot are also being used in the television and film industry to catch aerial shots previously only possible through use of helicopters (think high speed chase scenes).

How: Jordan used 10 TI parts, including the Hercules™ RM45l852 microcontroller and custom-designed hardware and software to support manual and autonomous flight navigation.

Because all of the software was 100 percent custom-designed, this is where Jordan faced a majority of his challenge. Once he tackled developing the software architecture to fly the quadrotor manually, he created the ability for the quadrotor to fly a pre-programmed series of waypoints and altitudes autonomously. After the process, Jordan said: 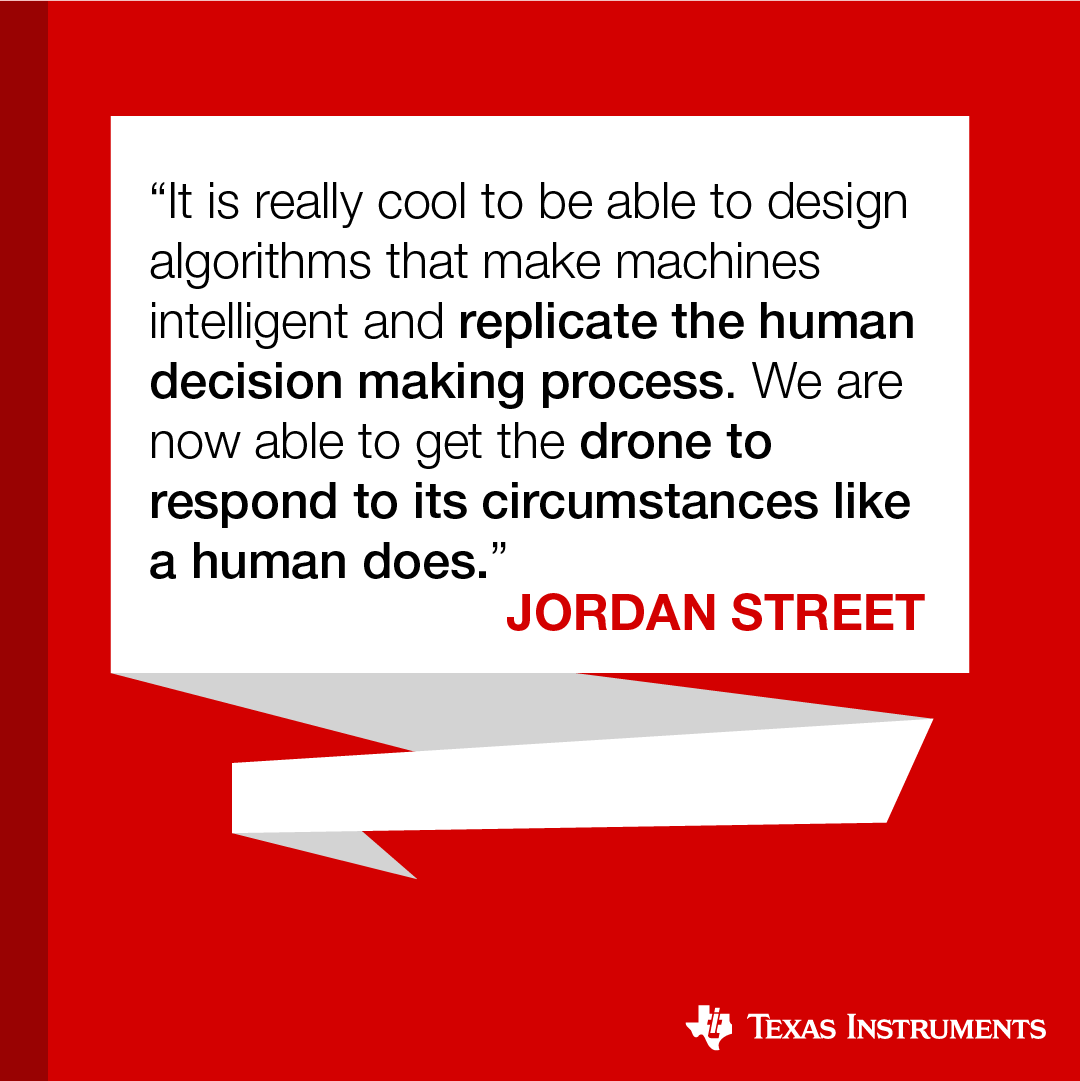 What comes next: One of the most exciting expansions of this technology is in the software. Expanding the AI capabilities could allow the camera of the quadcoptor to map dense areas to decide on more direct paths on its own – it wouldn’t need a pre-programmed flight plan each time. It could even have facial recognition to look for specific individuals. The possibilities are endless.

Advancements like the Hercules Autopilot are building blocks for further exploration into the possibilities that AI and drone technology hold. Watch out world – Jordan’s technology could save your life.