(Em)brace the challenge: The Elbow Orthosis

For Texas A&M students Nathan Glaser, Joe Loredo, Rafael Salas and David Cuevas, their project began with a simple problem statement from their mentor: Some people are unable to lift a glass of water to their lips, so how can we help? This was the genesis of their project – the powered, programmable elbow Orthosis. It’s an assistive technology for those with neurological muscle disorders due to a variety of issues – sports injury, stroke, etc. – that works by sensing the muscular intention of users and electromechanically amplifying their physical movements with motors. Let’s break it down: 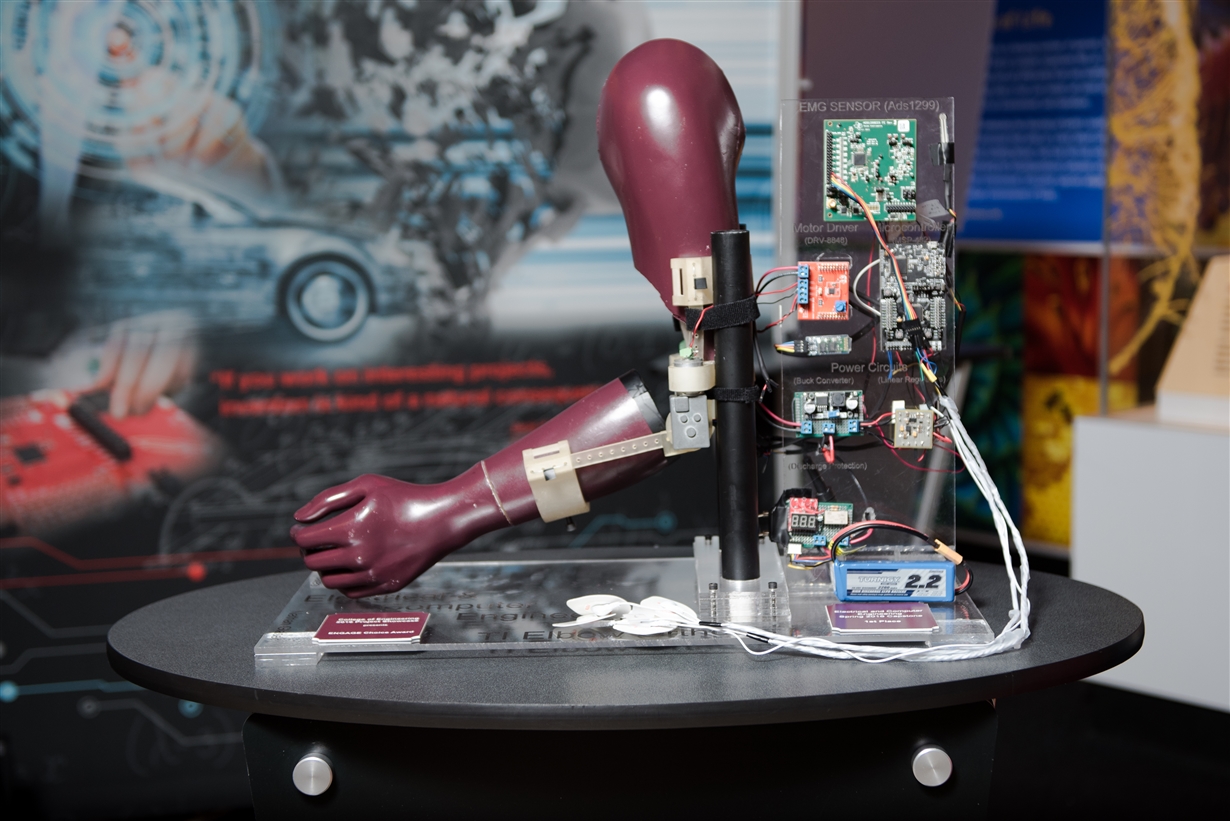 The elbow Orthosis is one mechanical superstructure with five embedded electrical subsystems. A 3-D printed unit braces the afflicted joint and mounts the majority of the subsystems. The durable and light-weight structure offers two degrees of freedom: one powered and one unpowered. Thus, a high torque DC motor powers the primary elbow curling motion, and the secondary motion tracks along the brace connectors allow for free transverse rotation (or for the arm to come back down). These actions are determined by the device through sensors. The body-to-sensor interface uses a combination of angle, pressure and electromyography (EMG) sensors to encode the current and intended elbow movements.

The sensors are interpreted by analog and digital filters to distinguish between the relevant muscle signals from excess noise. The ADS1299 analog front-end quantifies the intended movements (EMG data) and transmits them to the MSP432™ microcontroller (MCU) LaunchPad™ development kit. The MSP432 MCU receives the filtered signals from the analog front-end and tailors the information based on the user’s pre-determined specifications and translates the result into a pulse width modulated (PWM) motored signal.

Let’s say the football team’s star quarterback hyperextends his elbow. Typically, a doctor may prescribe a goniometer – a mechanical brace that limits motion between two angles. However, it’s strictly mechanical and requires someone to physically set the limits. The elbow Orthosis is more dynamic. It allows the physician to now prescribe a custom rehabilitation routine. While initially the player may be strictly limited to certain movements, as the injury heals, the Orthosis allots for a restrained amount of flexibility. This innovation is tailored to the changing needs of the player, allowing more comfortable recovery. 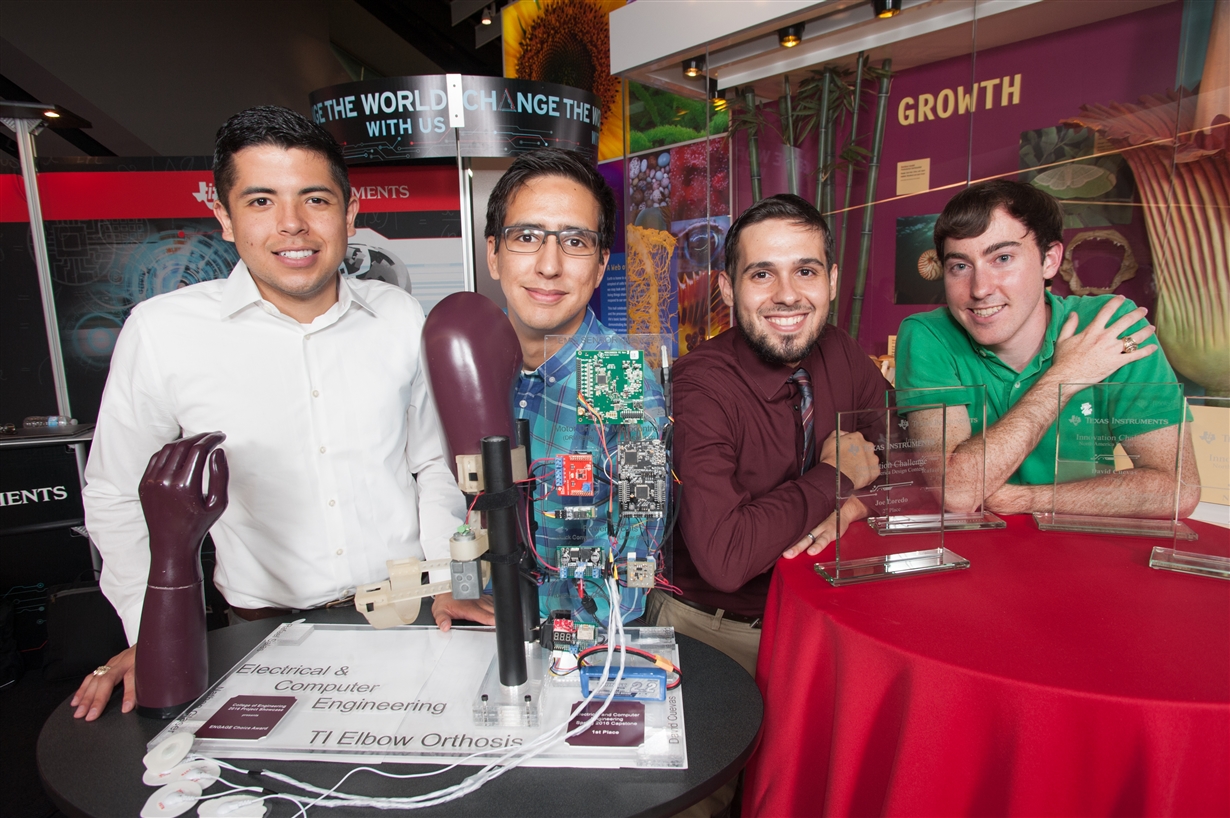 What started as a simple prompt from a mentor transformed into an innovative device that has the potential to positively impact the daily lives of those who suffer from weakened muscles or muscle activity. We should all learn to (em)brace challenges like the Texas A&M team.