How TI technology & MIT are helping us get to Mars

If we want to one day travel to Mars, our best hope is through humans and machines working together in new and unique ways to accomplish what might have seemed unimaginable before in space exploration.

This is a firm belief of Alvar Saenz-Otero, principal research scientist and director of MIT’s Space Systems Laboratory. Over the past 17 years Alvar’s team, in conjunction with NASA, the U.S. Defense Advanced Research Projects Agency (DARPA) and Aurora Flight Sciences, have been working to further safe space exploration using the Synchronized Position Hold Engage and Reorient Experimental Satellite, or SPHERES, aboard the International Space Station (ISS).

SPHERES are mini-satellites that test algorithms used to control robots in space, including how to operate robots in microgravity.

Three of these SPHERES have been aboard the International Space Station since 2006, and are currently being used by Commander Scott Kelly and his team to conduct a number of experiments, such as how to accurately dock and undock the SPHERES to each other. This experimentation will allow us to automate in-space robotic assembly of newer space stations farther from earth with no human interaction. 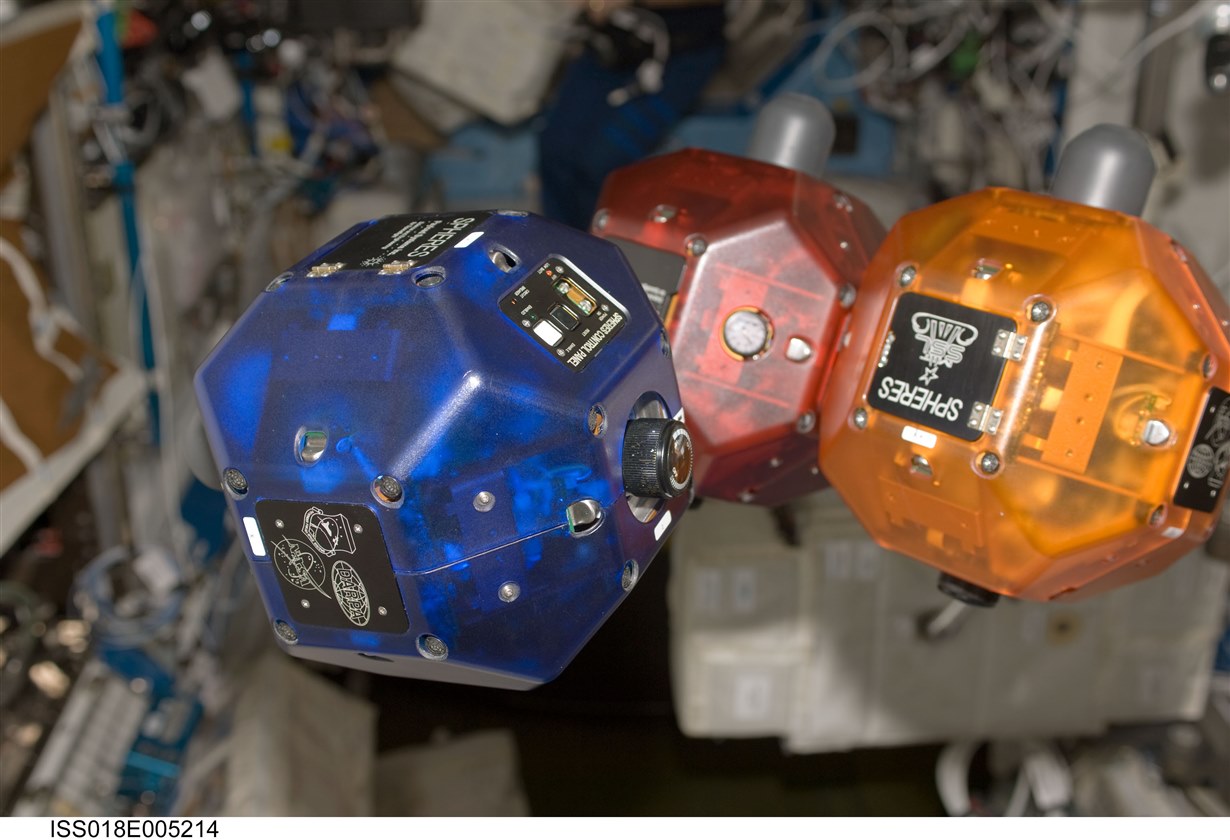 Three of the SPHERES floating aboard the ISS.

“One way to get to Mars is by automating space robotics,” said Alvar. “SPHERES are a safe way to test ideas in full micro-gravity for this reality in a risk-tolerant lab environment aboard the space station.”

With further testing of machines in space, machines could one day act just like they do in sci-fi movies like the recent blockbuster The Martian. In that movie, NASA is able to control the movement of a machine from a far to navigate it in space.  SPHERES testing is also preparing robots to fix the outside of the space crafts, a dangerous task currently performed by astronauts. 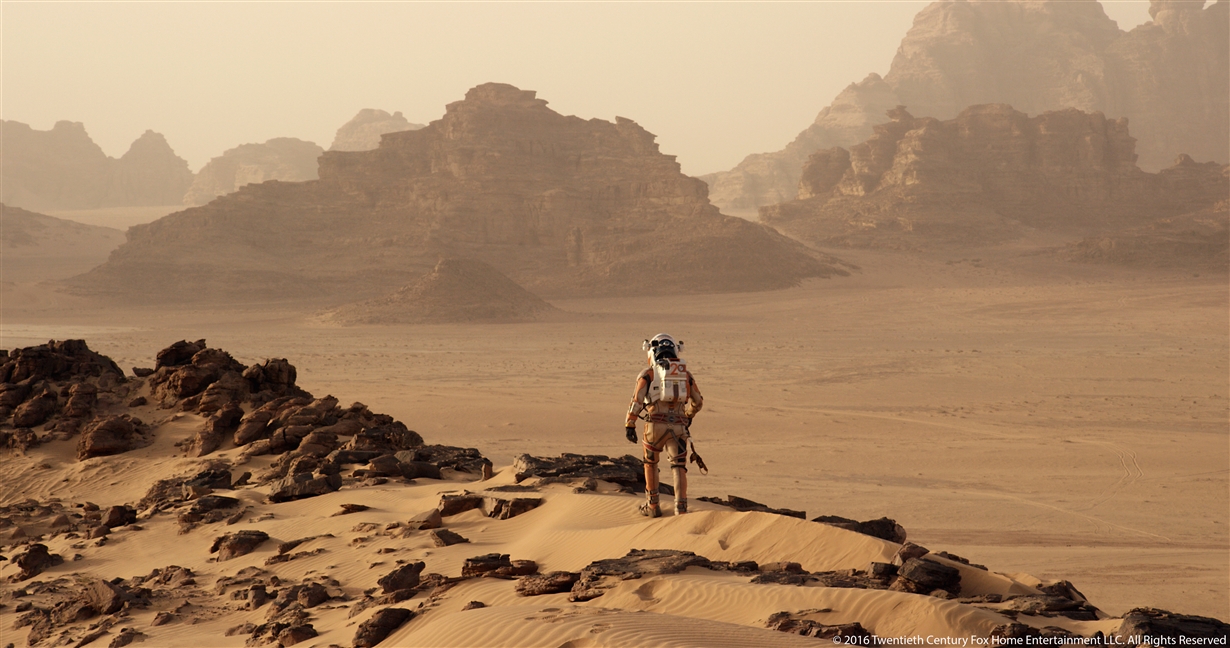 A scene from The Martian, where Mark Watney must figure
out how to use technology to live stranded on Mars.

Making science fiction become science non-fiction starts in labs like Alvar’s at MIT and the SPHERES he has helped to create. The processing power inside the SPHERES is a TI C6701 Digital Signal Processor (DSP). This DSP technology was selected by Alvar and his team for its robust, reliable real-time performance.

“In nearly 10 years, the C6701 DSP technology has never failed us,” said Alvar. “It is used for hours upon hours on the station for testing and yet, does not need to be replaced or updated.”

Although the research being conducted by the SPHERES is invaluable, the project did not start out as just a tool for space exploration, but also as an opportunity for academic exploration.

The SPHERES project began in 1999 as a senior capstone course in MIT’s department of aerospace engineering. Receiving feedback that the industry was looking to hire grads with experience working on the full-life cycle of a product, MIT created a three-semester course that used the Conceive, Design, Implement, Operate (CDIO) model – a model that has since been replicated in other universities across the globe. 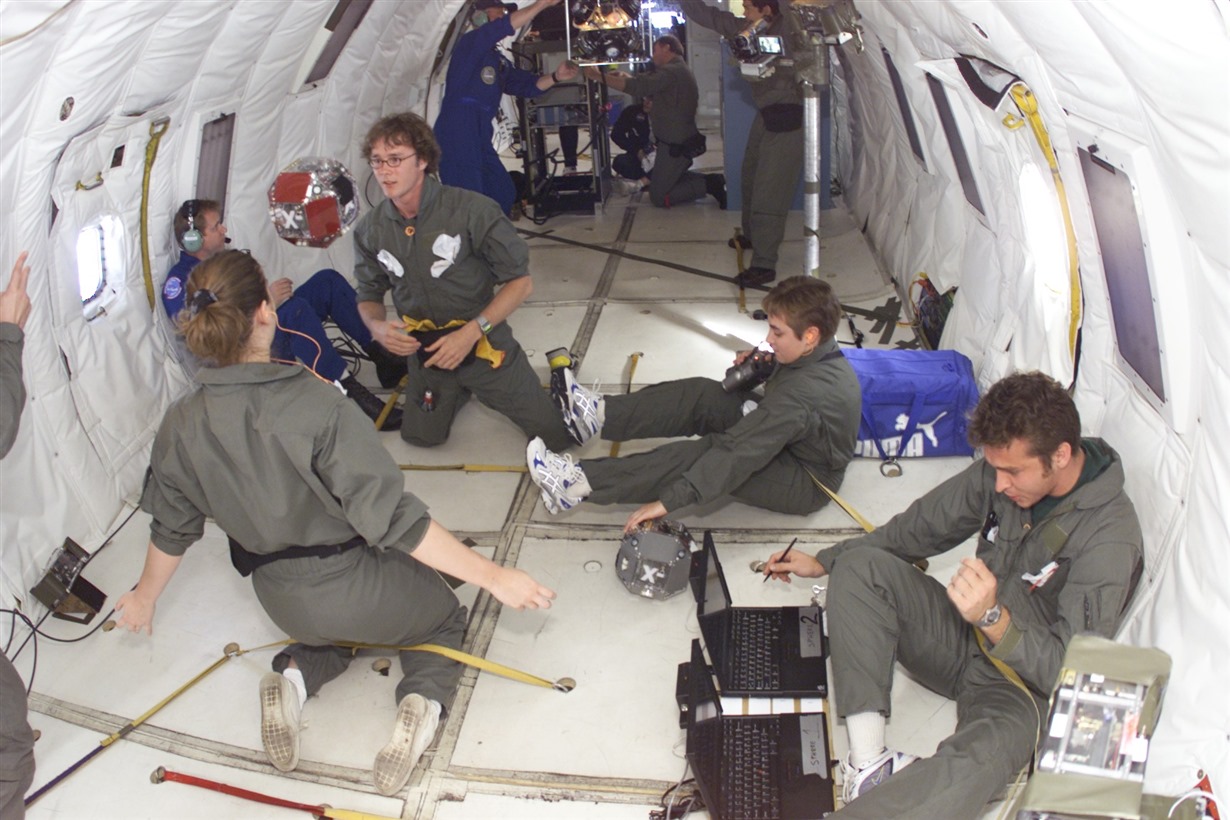 Professor David Miller at MIT challenged the students at the time to replicate a miniature flying drone used for training in a very popular movie about using the force. The students got to work, designing, building and testing several prototypes of the SPHERES, giving students a chance to refine their methods and try different approaches.

One upgrade from the prototypes was in the electronics of the SPHERES. The processing power originally used was a C40 DSP; however, when building the satellites to go to space, an opportunity for more processing power appeared when TI introduced the C6701 DSP.  At the time, TI also introduced DSP/BIOS, a real-time operating system that helps the DSP technology process complex data, and can be used easily by university students because of its short learning curve.

Although the SPHERES have been running dozens of different algorithms all using the C6701 for over a decade, in order to test new algorithms, new software must be added to the system. Bringing anything down from space is very expensive, so instead, new software is wirelessly transferred up to the SPHERES, thanks to a custom boot-loader made possible by the flexible architecture of the C6701. All software upgrades keep taking advantage of the benefits from DSP/BIOS and Code Composer Studio.

“TI technology through DSP/BIOS helped us better understand how to make hardware and software work together,” said Alvar. “No one else has impressed me with this kind of integration like TI.”

Since Alvar has seen the SPHERES project from its conception to the reality of floating up in the ISS, he knows the power of technology to change how we conduct space exploration. 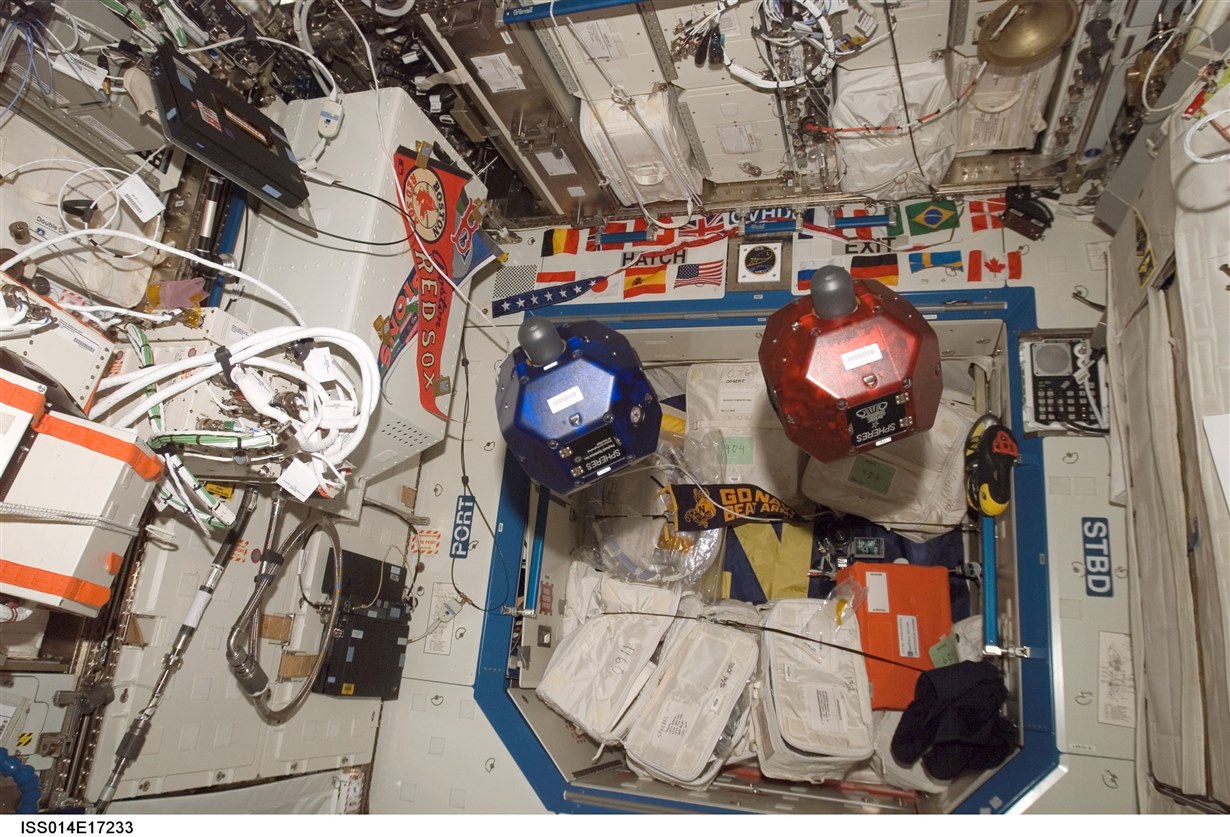 SPHERES are used aboard the ISS for flight formation testing.

“This project has been amazing and challenging – not only just with the electronics, but because of the flexibility and new ideas we have been able to implement,” said Alvar. “It has challenged how the space station has worked and challenged how we create and develop space products at MIT.”

With the help of Alvar and his team, we can only wait in hopeful expectation of how humans and robots will continue working together to help us get to Mars – and then, to galaxies beyond.

Own The Martian on Blu-Ray.