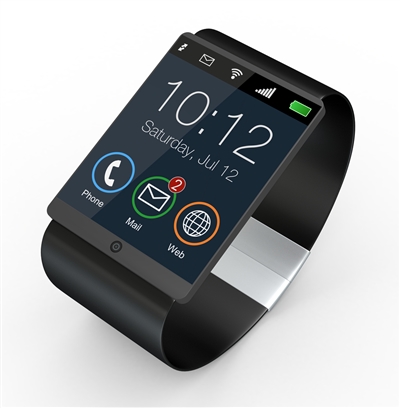 The organic light-emitting diode (OLED) displays found in small devices, such as wearables and smaller medical devices, require a relatively high voltage (usually around 12V) to drive the display. But since this higher voltage only needs to deliver a relatively small current (usually less than 100mA), the power supply providing this voltage and current can be small – very small. Whether you’re driving an active-matrix OLED (AMOLED) or a passive-matrix (PMOLED) display, the TPS61046 delivers a highly integrated power solution in a tiny 0.8mm-by-1.2mm package.

In a typical wearable such as a smartwatch, board space is at a premium. Integrating components and features is critical to designing the best solution. Compared to its predecessor, the TPS61040, the TPS61046 integrates two important functions: the rectifier diode and a load-disconnect circuit. The rectifier diode is a required component for a high-voltage boost converter and is now fully integrated into the TPS61046, saving one component from the bill of materials (BOM) and printed circuit board (PCB). In series with this diode is a MOSFET, which can disconnect the current path through the rectifier diode. This input/output disconnect eliminates any and all leakage from the battery voltage to the output, which would otherwise occur with a standard boost converter.

In addition to being more integrated, the new TPS61046 uses a different packaging technology to enable very compact routing and the absolute smallest size. When comparing the maximum package dimensions, the wafer chip-scale package (WCSP) of the TPS61046 is 77% smaller than the small-outline no-leads (SON) package of the TPS61040 – and 89% smaller than the classic small-outline transistor (SOT-23) package option of the TPS61040. This, combined with integrating the rectifier diode, enables a total solution size that’s less than half the TPS61040. That’s quite a space savings for any wearable device.

In what other applications could you use a very small, low-power boost converter?