The Internet-of-Things is here. Billions of devices are expected to go online in the next decade that collects and shares intelligence.  Sensors will be found everywhere – inside our bodies, airports, stadiums, factories, homes and even hazardous areas.

It might sound easy but there is a problem. A major challenge facing sensor networks is how to keep them perpetually powered. Cost of replacing batteries in the large number of battery-powered sensors can run very high. Wiring using traditional line-power will be impractical in many cases, especially in sensors which are placed in remote locations.

The heart of the system is the energy harvesting IC bq25570 which is able to harvest miniscule amounts of energy from sources such as wind, heat, and indoor light. The BQ25570 can harvest from very weak sources that provide as low as 100 mV of voltage. 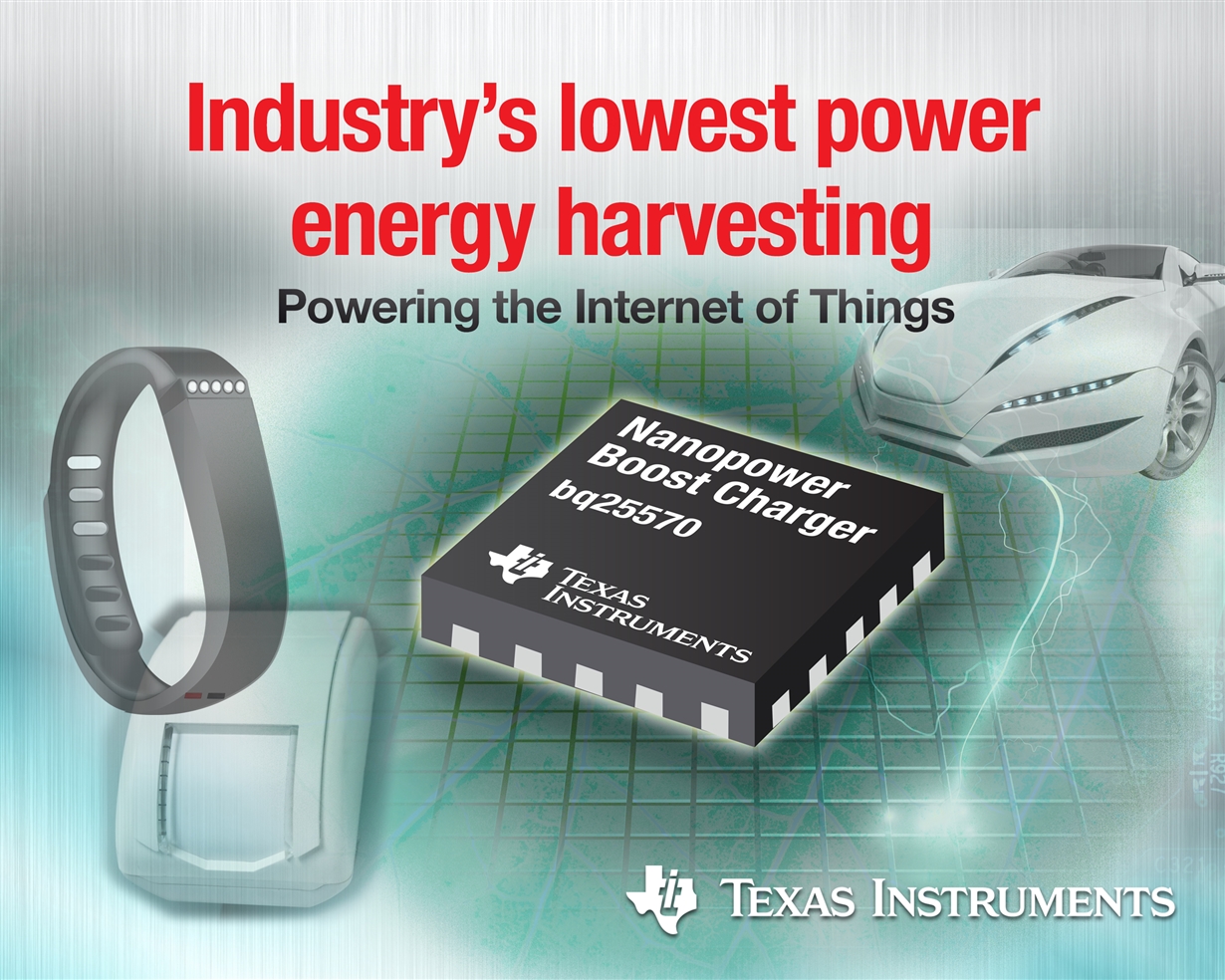 The harvested energy is stored for further on-demand use by other components of the network such as the microprocessor MSP430FR5969, the transceiver chip CC100L, and the SimpleLink™ Wi-FI® and Internet-of-Things connectivity chip CC3200.

The network has applications spanning multiple industries such as home automation, factory & process monitoring, smart-buildings, industrial sensing, alarm & security system, to name a few. The network which is on display at TI’s Booth N115-N118 also features cloud connectivity, another integral part of the IoT. 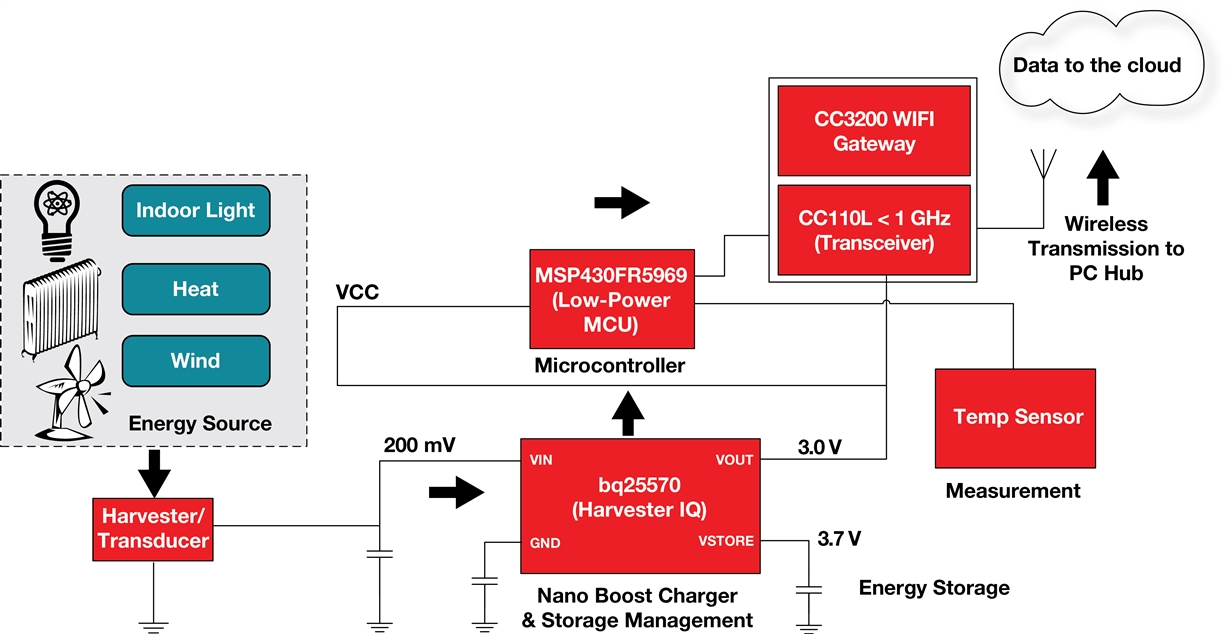 Don’t forget to check out some of the readily available resources to get you started on your next self-powered sensor design:

The Internet-of-Things is here. Now, we just need a way to keep it powered perpetually.