Maybe you’re a firmware engineer assigned to write code to work with the battery charger and fuel gauge. Maybe you just want to know what your battery engineer friends are talking about during lunch. Whatever the case, you need a crash course in some battery terminology. Don’t worry, because there aren't too many terms you need to know, and it’s not all alphabet soup, either!

First, be sure to act clever and distinguish between the battery and the cell when necessary. The cell is just the bare Li-ion, Li-polymer or other electrochemical energy source without any protection, added electronics or packaging. A complete lithium pack, or battery typically has a small printed circuit board (PCB) attached to it with a protector integrated circuit (IC) controlling field-effect transistors (FETs) that will open in case of dangerous conditions like overvoltage or overcurrent. This protector IC is a minimum requirement for all lithium batteries due to the more “exciting” nature of this chemistry. There may also be a fuel gauge inside the pack, typically with a current-sense resistor; sometimes the protector and fuel gauge are integrated into one IC, as with the bq27742-G1. 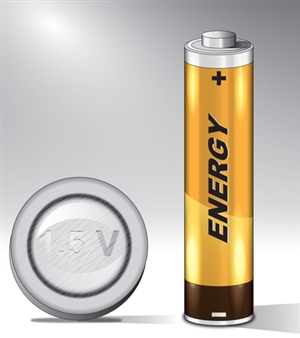 Multicell packs may have even more electronics, like a chemical fuse, light-emitting diodes (LEDs) and cell-balancing circuits. And don’t forget the connector for interfacing with the battery. At minimum, the connector will have plus, minus and thermistor contacts. If it’s a “smart battery,” it will also have one or two connectors for communication with the gauge inside, perhaps a bq40z50.

Now let’s talk about shapes, or “form factors.” You can probably guess that a cylindrical cell is shaped like a candle. This is because it’s constructed like a jelly roll, with the cathode, separator and anode layers wound in a spiral before being enclosed in a metal can. Many thicker, older laptops have used multiple cylindrical cells in their battery packs for a long time. Cylindrical cells typically come in industry-standard sizes. The most famous is the 18650 cell, which has a diameter of 18mm and a length of 65mm.

The second type is also enclosed in metal for rigidity, but it’s usually a flat metal shape and is called a prismatic cell. Think of the increasingly rare flat removable batteries in mobile phones. Those are prismatic cells with a small protector PCB.

Now imagine that you want to get the thinnest possible battery to embed in your product. As long as users can’t remove the battery, you don’t have to encase the cell in metal, making a third type called a laminate cell or pouch cell an option. These names come from their construction, in which the cathode and anode layers are laminated to each other inside a flimsy foil pouch. This is typically the thinnest, flattest form factor you can get, but don’t puncture or bend it! These delicate laminate or pouch cells typically have the protector PCB connected to them by the pack maker; the entire assembly will be carefully embedded inside the final product, providing the physical protection. Users are not supposed to replace this type of battery themselves (at least not under warranty). Another good point is that custom laminate cells can easily be made with any dimensions, so you can fill exactly the volume allotted if your marketing department isn’t giving you infinite space.

I’ll close with a brief distinction between primary and secondary batteries. These are just fancy ways of saying non-rechargeable and rechargeable. If someone talks about their primary battery, they probably don’t mean their “main” battery.  They mean a battery that is discharged once and disposed of.  A primary cell can come in many shapes and sizes, but a common type is the “coin cell” like a watch battery.  Traditionally they were non-rechargeable, but in recent years they, too, have been made available with rechargeable Li-ion chemistries. 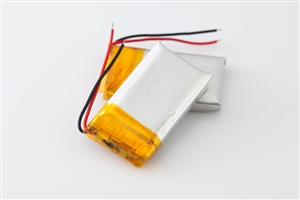 With those basics behind us, in a future post we will get to that alphabet soup.