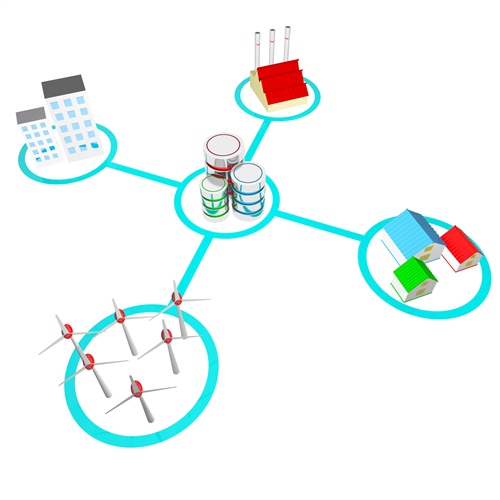 In the early 1990's came the smartphone. In the late 1990's came the smart car. Nearly a decade went by before the next smart gadget was released (the smart watch in 2013). Until now, the infusion of smart technology into things has been limited to consumer gadgets. Reflecting from Earth Day last week, I am beginning to wonder what will be next. Will there be a smarter city? What will it offer?

According to many experts, smarter cities are already beginning to form in many communities across the world. But what exactly is a smarter city? A generally accepted definition – and one that today’s society can easily relate to – is a city that uses technology to improve the well-being of its citizens, improve the performance of its resources, and more effectively engage with its citizens.

The main areas for technology within a smarter city are:

The only way cities can become smart is by collecting and analyzing data continuously. This will require the installation of a large number of autonomous sensors – sensors that can measure or monitor humidity, allergens, temperature, traffic, road conditions, congestions, parking, etc. But where is the power to run these sensors going to come from? Powering from line power will be cost-prohibitive given the large cost of laying cable and wires. Battery power will only last so long; eventually the batteries will have to be replaced by the thousands, creating a maintenance nightmare. Is there an alternate way to power these sensors? The answer lies in a technique called energy harvesting.

Energy harvesting uses renewable ambient environmental energy to power small autonomous sensors. Advances in semiconductor technology have led to a class of ultra-low-power integrated circuits that can harvest energy from weak ambient sources such as indoor/outdoor light, thermal gradients, wind and vibration. One such device is the bq25570 from Texas Instruments. The bq25570 has the ability to continuously extract small amounts of energy from ambient sources and store this energy in a storage element (such as a battery) for later on-demand use. A sensor system powered by the bq25570 can extract enough energy to periodically wake up a measurement sensor, take a reading, transmit it, and then go to sleep until it is time to take the next measurement.

Imagine how useful such a system would be to monitor open parking spaces at a sports stadium or city conference center. Instead of driving around the equivalent of four city blocks trying to spot an open space, you’d be able to quickly scan the spaces from afar to check for a green light hanging above the space indicating it is free. Or better yet, an app on your smartphone communicates the location of the nearest three free parking spaces.

Imagine how an autonomous sensor system based on the bq25505’s ability to harvest energy from human skin (temperature) can help a smart city give top-quality medical care to its senior citizens. A bad fall in the bathtub can trigger an alarm on a wearable device powered by the  bq25505, alerting other occupants of the house and/or placing an emergency 911 call reporting the location of the accident. Sensors on wearable devices can transmit vital signs such as heart rate and blood pressure of the accident victim.

Consider how a perpetually powered autonomous energy-harvesting system based on the vibration or solar-harvesting ability of the bq25504 can monitor the structural health of bridges, creating early warning systems to detect impending failure or the need for maintenance. Another possibility is smart buildings that automatically adjust to their occupants’ optimum comfort level based on real-time data collected by hundreds of energy-harvesting autonomous sensors that measure humidity, temperature and carbon dioxide levels.

The possibilities are endless. With the dawn of the age of the Internet of Things, cities are going to be transformed in spectacular ways, and energy harvesting will lead the way.

TI has several ultra-low power solutions for energy harvesting, including power management, microcontrollers and connectivity solutions. Check out the resources below:

To read more posts related to Smart Home/Buildings, check out the blogs below:

Click here for more on how TI helps create a smarter city!