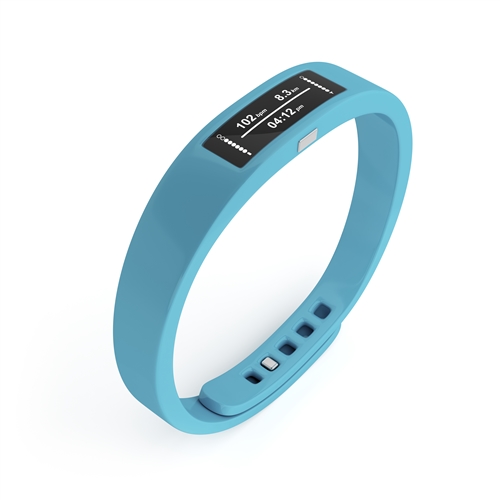 Now you’ve seen it for yourself: a complete reference design for a wearable subsystem. Figure 1 shows a passive matrix organic light-emitting diode (PMOLED) display powered directly from the TPS61046 boost converter. As I hope you can clearly see, it powers the display cleanly with no visual deficits. This is just as you would like to see it if you were designing a wearable or medical device with such a display. 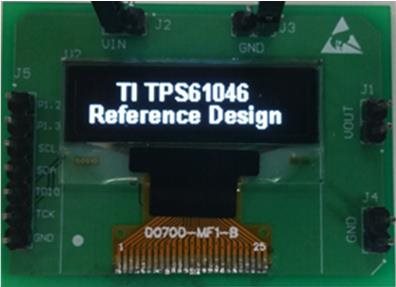 Figure 1: PMP9775 demonstrates a PMOLED display powered by the TPS61046

Small size and high efficiency are critical, especially in these two types of devices. The TI Design PMOLED Display Power Supply with TPS61046 reference design demonstrates both high efficiency and small size. All circuitry, including a MSP430™ microcontroller for controlling the display, and the TPS61046 fit entirely on the back of the PCB opposite the actual display. With the TPS61046 occupying less than 20mm2, there’s plenty of room to spare.

The TPS61046 enables high efficiency through its efficient switching, as well as through its integrated load-disconnect function. Figure 2shows the typical efficiency, which is possible even with such a small solution size. If a larger inductor is acceptable, you can increase the efficiency by choosing one with a lower DC resistance (DCR). 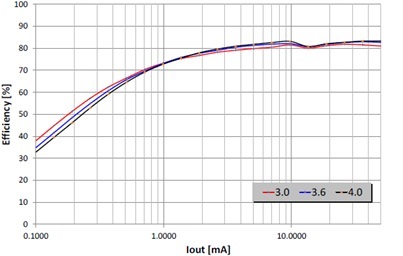 More important than Figure 2 in wearable applications is the integrated load-disconnect circuitry. In most boost converters, when the converter is disabled the input voltage appears on the output through the rectifying diode. In this case, even when the boost converter is turned off, current still leaks to the output and is lost. This can quickly drain the battery. The TPS61046 includes special circuits to open this path and provide complete input-to-output isolation. There is no leakage current when the device is off. This greatly extends the battery runtime, because for wearables the display is off most of the time.

Small size, high efficiency and a proven reference design. What else do you need to finalize your next PMOLED design?