How to ensure battery gauge accuracy with BqStudio 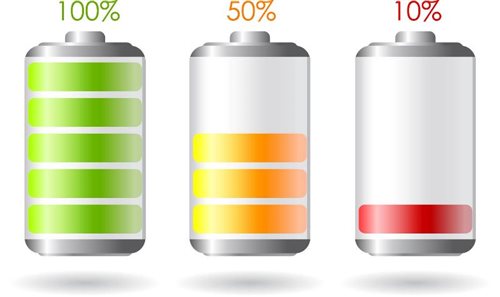 There are three predominant approaches used for battery gauging. The first is to use a voltage look-up table, which is suitable in applications with very light loads. The second is to coulomb-count the charge flowing out of or into the battery (i.e integrate the current into or out of the battery with respect to time), which is a more reliable approach but does have some initialization issues upon battery insertion, i.e knowing what the initial state of charge is. The third method combines the voltage look-up  method and coulomb-counting approaches. The accuracy of these gauging methods increases with the complexity of the algorithm, with the voltage look-up method being the least accurate.

Regardless of whatever algorithm you implement to track a battery’s state of charge, because the input variables into the algorithm are the measured values, the accuracy of the measured parameters is critical. Accurate voltage measurement is necessary for initial SOC estimates of a newly inserted battery. This helps account for self-discharge of the battery, given that the self-discharge currents (leakage currents) do not flow through the gauges sense resistor, thus  the coulomb counter will be unable to capture these leakage currents. It also aids the correction of accumulated error due to the drift of the sense resistor and errors from the analog to digital converter (ADC) used for coulomb-counting. Accurate current measurement is critical to capture low sleep currents and short load spikes as well as to properly coulomb-count the passed charge. Accurate temperature measurement is critical for proper compensation of calculated battery resistance and capacity due to changes in temperature. All TI devices use one ADC for both voltage and temperature measurements, which is a 15-bit ADC and a separate 15-bit integrating ADC for coulomb counting.

To determine if a gauge is accurately reporting the state of charge of a battery, start with a properly configured gauge and, calibrate the voltage, current and temperature measurements to ensure measurement accuracy. Then you’ll need a way to log the voltage, current and temperature at periodic intervals (one to 10 seconds) for further processing. You can use TI’s Battery Management Studio (bqStudio) if using a TI gauge to log these measurements, or an Arbin or Maccor which are equipment used for charging and discharging batteries with logging capability. The cells need to be charged to full at room temperature and then discharged to the battery’s terminate voltage using the desired load. TI’s gauge development kit (GDK) is a hardware tool that can help automate charge and discharge cycles of the battery when used with bqStudio.

To evaluate gauging accuracy quickly, simply plot the voltage, state of charge and current and conduct a simple inspection to see if 0% SOC is reported near the true battery’s terminate voltage and whether the SOC is smooth without large jumps. Figure 1 shows a graph where the gauge reports 0% SOC near the terminate voltage. The SOC smoothly transitions without large jumps (this was with a constant current load). This approach, although simple, is very subjective and difficult to gauge relative error magnitude. In the sequel blog to this, a more elaborate approach will be discussed which allows a user to guage relative error magnitude. 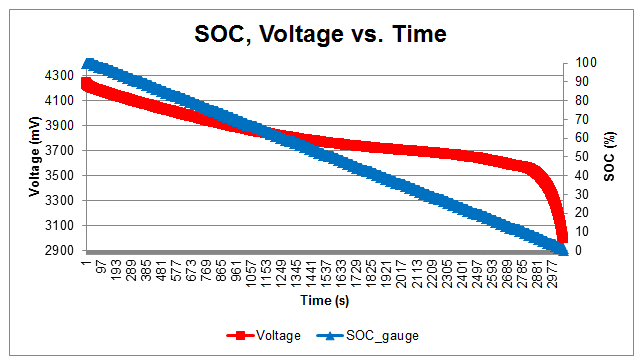 Figure 1: Graph of State of Charge and Voltage against Time