Linear regulator, boost (step-up) or buck (step-down) – these are the three power-supply topologies for most smart locks. Which do you choose for your designs? Why does it matter?

The success of any Internet of Things (IoT) device hinges on its ease of use. Primarily, ease of use means the ease of connecting to and controlling the device. But it also refers to the low maintenance of that connected device. How often does it turn off because its batteries need replacing?

A smart lock’s power supply must support a wireless microcontroller (MCU) such as the SimpleLink™ Bluetooth® low energy CC2640R2F solution; a motor driver to turn the lock, such as the DRV8833; and any other peripherals such as light-emitting diodes (LEDs). Fundamentally, there are three ways to convert the voltage from the batteries to the loads: simply step it down with a low dropout (LDO) linear regulator, step it up with a boost DC/DC converter, or step it down with a buck DC/DC converter.

Figure 1 shows a basic block diagram of a smart lock with an LDO, such as the TPS76625. Some engineers consider LDOs because of their cost. In most cases, the integrated circuit (IC) cost of an LDO is lower than the IC cost for a buck (step-down) or boost (step-up) converter. But the efficiency of a linear circuit shortens battery life. 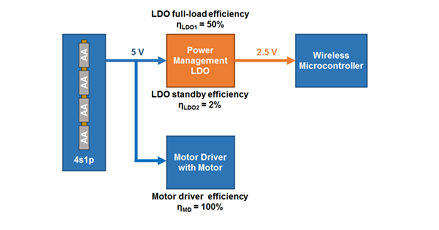 Figure 2 shows a block diagram with a boost converter, such as the TPS61030. The four AA batteries are rearranged to support the boost topology for the motor driver, while the wireless MCU connects directly to the batteries. While this is very efficient, the high power converted by the boost converter for the motor driver equates to a higher level of power loss in absolute terms. There is a more efficient way. 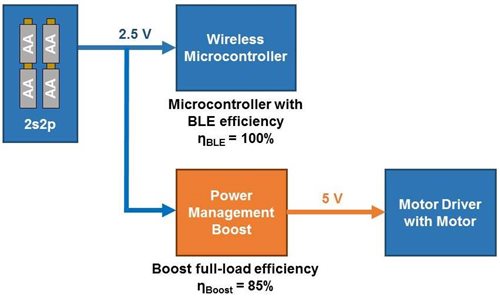 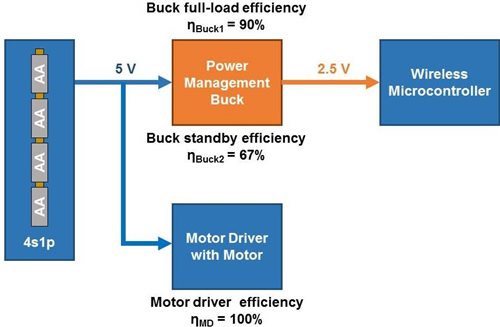 Figure 4 compares the battery life for each topology. This graph assumes that the lock opens or closes 12 times per day. As you can see, battery life is directly proportional to the frequency of connection events from the wireless MCU. The more often it tries to connect – in order to discover someone trying to open the lock – the more power it uses. With a standard connection time of 500ms, 60 months (five years) of battery life is possible with four AA alkaline batteries. 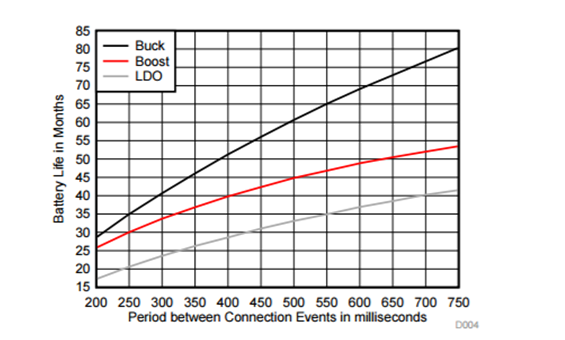 This post offers merely a thumbnail sketch of the different power topologies. I encourage you to read the white paper, “Extending battery life in smart locks,” and look at the Smart Lock Reference Design Enabling 5+ Years Battery Life on 4x AA Batteries, which both go into more detail.