Big batteries? Take a walk on the (high) side 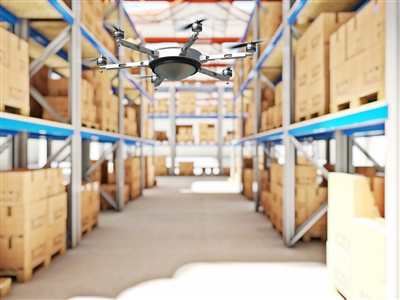 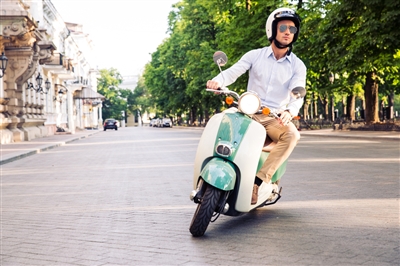 It’s a spectacular time to be working in the world of batteries these days — sure, we hear a lot about wearables, smartphones and improbably tiny wireless headphones, but there’s an equally fascinating bloom of innovation happening at the other end of the portables spectrum. I’m talking big battery applications like delivery or industrial drones, battery-backup and energy-storage systems, and electric bikes and scooters.

These products command a hefty marketplace premium, and for good reason: They’re engineered for robustness and longevity, and consumers expect a corresponding premium experience that matches the price tag.

Within the battery packs powering these types of applications, it’s already a virtual given that you need a monitoring solution. Products like the bq76940 and bq76925 do a great job of capturing key analog information for a particular battery and relaying it on to a microcontroller, whether it’s our pre-programmed companion fuel gauge (bq78350-R1) or a do-it-yourself endeavor built from an MSP430™ microcontroller.

Another primary consideration in every battery system is how to control its charging and discharging. When times are good, it’s simple enough to allow either, but every engineer must prepare for the scenario when it makes sense to momentarily (or permanently) prevent one or both from occurring. For example, a fully charged pack may connect with a less-than-brilliant charger that doesn’t know that it’s topped up, or a fully discharged pack may need to go offline to avoid over-aging its cells and shortening the system’s life span.

The simple approach, which is built directly into most of our medium- to high-voltage monitors, is to drive power FETs on the “low” side of a battery pack. This means that the FETs sit nearest to the battery’s ground side, rendering them pretty easy to turn on and off, since that mainly involves generating 10-14V above ground. Two Zener diodes and you’re basically done! My designer counterparts might dispute this oversimplification, but there you go.

There’s one huge downside to this approach, however: When the FETs are off, the battery and system ground are no longer electrically connected. This lack of a common ground makes it very difficult for the battery microcontroller to talk with the outside world, short of employing isolation technologies that tend to be both expensive and power-hungry.

The better approach – and one that coincidentally emerged to become the de rigeur standard in all notebook battery packs sold – is to drive those power FETs on the “high” side instead. As you might guess, this involves placing the FETs on the other end of the battery stack, between the positive terminal of its highest cell and the system’s power rail. By keeping a common battery and system ground, both are free to communicate anytime, regardless of whether charging and/or discharging is permitted.

P-channel FETs aren’t really a great option for high-power, high-voltage applications due to their innately higher on-resistance, which leaves N-channel FETs the best possible option. The trade-off here is that now you have to create a voltage that’s even higher than your battery stack, by roughly the same 10-14V as in the low-side case. Creating such a charge pump in a product designed for notebook batteries is hard enough, but things become rather interesting when you’re trying to do this with a 24V, 36V, 48V or even 60V battery – and in the case of a motor-driven application like an e-bike, you have the extra headache of large transient swings that can double your voltages during inductive kickbacks.

This brings me to the bq76200, TI’s first-ever dedicated high-side battery FET driver for high-voltage applications. This robust, low-power IC tolerates up to 100V, and independently drives charge and discharge FETs. We’ve engineered it for maximum flexibility as well: It plays nicely with battery stacks ranging from 18V up to 60V, small to large cell capacities, and single to multiple power FETs in parallel. The bq76200 is a perfect complement to bq76940, bq76930 and bq76920 battery monitors, the bq78350-R1 companion fuel gauge, and easily pairs with a wide variety of MCUs out there thanks to its simple control interface.

The bq76200 eliminates the struggles associated with building complicated, reliability-constrained discrete charge-pump circuits to achieve a high-side FET drive. It’s here to help designers promise the best of all worlds: a truly intelligent battery, capable of collaborating with a system 24/7 while maintaining protection and ensuring longevity.