Choosing a microcontroller (MCU) for your design is not all about the silicon. Sure, most vendors provide a list of all their wonderful features and peripherals, but most don’t talk about the hard stuff – how do you write and debug software for the thing?

I remember one vendor bragging about their debug port at a seminar I sat through a few years ago. I  was even excited when they talked about all the information that could be extracted from the port. But that changed once I read the last bullet on their slide, “Our hardware debug port is unencumbered by debug software.” I nearly fell out of my chair when everyone nodded and clapped in support of this feature. Was I the only one to realize all their users would now be foreed to write their own debugger software? Wow, that’s a pretty big task.

I laugh about that “feature” now, but I should thank them for more than the smile it still brings to my face. This incident started me on the road to understanding that a processor is more than just silicon. Without access to quality software and tools, silicon is just a smudge of polished sand. Put another way, a high-performance vehicle can't shine without gasoline.

So, let’s boil this lesson down to some practical assertions. For fun, we phrased them in the form of a negative. Don’t pick an MCU without the following…

As we consider these elements,  let’s look at one of my favorite MCU’s - the MSP432™ MCU (i.e. the MSP432P401R). This chip has a lot going for it, built around the ARM® Cortex®-M4F running at 48MHz. This combination provides much needed horsepower for many microcontroller applications, while balancing low-power requirements when used in battery-powered systems. Unique to this chip is the analog-to-digital converter. This 14-bit ADC is really amazing. Its 13.2 ENOB allows me receive extremely accurate sensor data and even the ADC has a low-energy footprint. 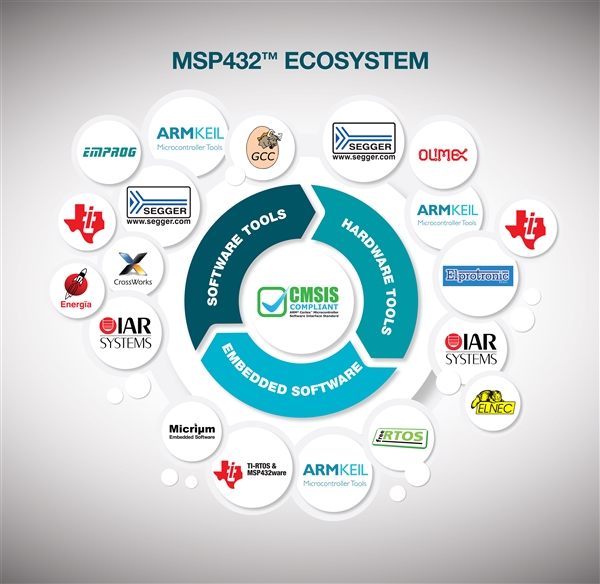 But as you know, it’s not all about the silicon. What makes it stand out is the ecosystem surrounding this MCU. Let’s count the ways:

All-in-all, TI provides the tools you need to complete the entire development cycle on the MSP432 MCU. With so many options, I’m not stuck with just one– or worse, stuck writing my own tools.

Here are a few additional resources you might want to check out: