Look around in the city of the future. What do you see?

Perhaps you see a quadcopter flying overhead in the Federal Aviation Administration’s newly designated drone space, delivering a package you ordered through your smart watch the night before. A fleet of autonomous electric vehicles glide by silently while their occupants enjoy coffee on the way to work. As you lock your door with an implanted radio frequency identification (RFID) tag, your house begins calibrating its heating, ventilation and air conditioning (HVAC) systems, room lighting, window coverings and water temperatures against ambient conditions – all in energy-efficient harmony. In the kitchen, your dishwasher detects the subtleties of its load and adjusts its water pressure and temperature accordingly while your fridge, noticing its motor efficiency decreasing, sends you a text message suggesting a call to the repair shop.

What a wonderful world it will be! 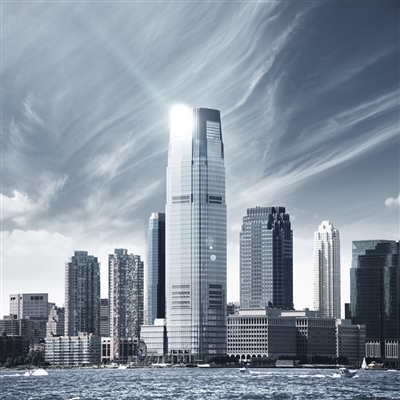 Figure 1: The city of the future

What the average person doesn’t think about when envisioning the wonders of the future is an intelligent power grid (well, unless you’re an engineer).

With the rise of the smart city comes the need for smart power – a more reliable and robust electrical grid that intelligently monitors itself to efficiently deliver energy on demand. While that alone would be a monumental task, in order to realize a true smart grid this all needs to be managed in real time, making the integration of time synchronization capabilities essential. To fully explain this complicated topic, I’ll split it into two parts: part 1 will delve into what time synchronization is and how it works, while part 2 will cover where you’ll find time synchronization in the future and why you’ll need it.

Time synchronization (TS) acts as an identifier for everything that occurs on the grid, providing the when to the accompanying where. It enables us to make energy management decisions based on a chronological order of events, not solely on their geographical location (as is customary today). Consequently, it enables a wide-area view of the grid, as opposed to stitching together local data to generate a vague system overview. This level of synchronization is accomplished through global positioning system (GPS) signals – the same ones that our electronic navigation systems use to tell us where to go. The reason we use GPS signals for TS is that embedded within them is a highly accurate time stamp that can provide the microsecond-level precision necessary to monitor an electrical grid in real time. To better understand how this works, let’s first discuss some of the different protocols for transmitting this data across a network.

Several TS protocols exist to translate this information to supervisory control and data-acquisition (SCADA) systems: DCF77, one pulse per second (1PPS), one pulse per 10 seconds (1per10), and inter-range instrumentation group (IRIG)-B time codes, with the latter being prevalent in U.S. electrical utilities. Figure 2 shows an example of this format – specifically how the date and time are encoded.

While currently popular, the drawback to these TS protocols is that they all require an additional network to distribute the time signal. To solve this issue, engineers developed network time protocols (NTPs) that transfer time information through an existing Ethernet network, thereby eliminating the need for a second, dedicated system. In a recent survey of manufacturers that incorporate precision timing in their power-substation products, 13 of 17 companies supported some form of NTP, although IRIG-B was still the most widely supported protocol.

For the city of the future, an emerging standard, Institute of Electrical and Electronics Engineers (IEEE)-1588, will most likely serve as the typical time protocol, as it allows for submicrosecond accuracy. Also referred to as the precision time protocol (PTP), IEEE-1588 uses a master/slave system to communicate time information between nodes while also calculating and adjusting for any delay in sending the data. Like the other protocols, IEEE-1588 uses the GPS time stamp as its master time reference; however, to keep the entire system synchronized, IEEE-1588 assigns a “grandmaster” clock to which the remaining slave (or boundary) clocks synchronize (Figure 3). The grandmaster clock is chosen dynamically using the best master clock (BMC) algorithm, which determines the highest-quality clock based on its quality level (QL) and priority. This means that if the grandmaster clock is removed, or if its QL falls below another clock in the system, the grandmaster designation can be automatically reconfigured to reflect the best master clock, ensuring the best possible system-level synchronization.

Unfortunately, the trade-off to this precision and reconfigurability is that it requires IEEE-1588-compliant hardware and software at each end, which has slowed its integration into current electrical systems. In time however, as the need for submicrosecond accuracy gradually outweighs the costs, the IEEE-1588 standard will eventually be adopted as the time protocol of the future.

At a system level, the IEEE-1588 standard and its associated hardware will serve to communicate precision time information between nodes in a smart electrical system. While that in itself is an interesting subject, it doesn’t explain what we actually use this information for, or how it will help us interact intelligently with the smart grid. To find out, read part 2, in which I’ll discuss where you’ll find TS in the future electrical grid, as well as how we’ll use this technology to make that grid smarter.

If you have any questions about how TS operates or what it is, please post them below. Stay tuned for part 2, coming up in May.

To read more posts related to Smart Home/Buildings, check out the blogs below:

Click here for more on how TI helps create a smarter city!