As I mentioned in part 1, time synchronization (TS) provides the when to the where – the exact time something occurs anywhere in a given electrical system. I also discussed how TS works and the different protocols used to implement it.

At a high level, TS will be used in all nodes on the grid that perform monitoring, control and protection duties; this includes circuit breakers, relays, metering products and switches. TS will provide more precise monitoring and targeted fault detection than ever before. While this is a simple explanation that does answer both questions, let’s dig a little deeper to really understand the benefits of TS and how those benefits are necessary to the smart city of the future.

A common TS application is power monitoring through the use of synchrophasors. These devices provide precise phasor measurements through a GPS-synchronized clock, a phasor data concentrator (PDC), software and a phasor measurement unit (PMU) (Figure 1). Acting as the heart of the synchrophasor, the PMU relies on precision components to accurately measure incoming AC signals, such as the ADS8688 for data conversion. Additionally, PMUs typically provide 30 measurements per second, compared to two to four measurements per second for traditional reporting devices. 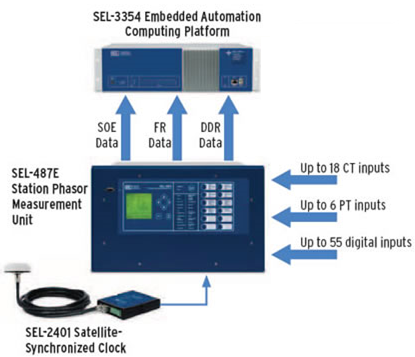 All of this translates into synchrophasors that provide network-wide, real-time current and voltage measurements, whereas traditional monitoring schemes provide local calculations to a supervisory control and data acquisition (SCADA) system, resulting in only a vague overview of the health of the grid (and making instantaneous power calculations virtually impossible). With up-to-the-microsecond information at hand, you’ll be better equipped to use energy efficiently, raising and lowering power levels according to demand while reducing line stresses and losses in the process.

Additionally, you can use these monitoring capabilities to make better decisions regarding fault detection and prevention, such as detecting voltage droop sooner and more accurately, or determining when current spikes occur in one portion of the grid. If you look at circuit breakers in particular, you can see how monitoring and control can be combined into one unit, as these devices observe current levels while also identifying load-damaging transients. This is accomplished through the use of multichannel, wide-dynamic-range analog-to-digital converters (ADCs) such as the ADS131E08. In this ADC, current is monitored with one high-gain channel, while a second low-gain channel checks for transients (Figure 2). 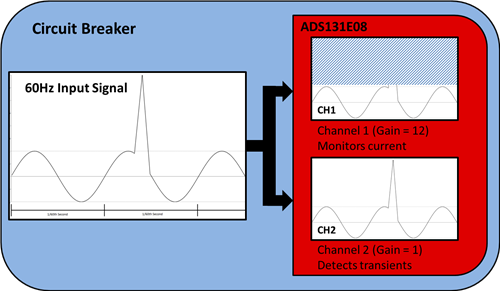 Figure 2: Monitoring and protection with a single ADS131E08 ADC

With the integration of TS, circuit breakers will be able to report back exactly when this transient occurred and when the breaker tripped. At a local level, this is valuable information: a fault is generally the result of some abnormal behavior, so service should be discontinued until the problem can be diagnosed and fixed. However, what you’re trying to accomplish is a macro-level view of the grid, where you can anticipate how one fault might trigger others and then make real-time, dynamic decisions to correct this behavior.

Consider a typical local grid, shown in Figure 3. Each number represents a different fault in a hypothetical situation. In this case, if you report multiple faults on a single network, how do you determine which location caused the problem? If the fault occurred at location No. 2, yet location Nos. 1, 3, 4 and 5 are also down, who’s to blame? Where do you send the repair trucks? Or most importantly, if the fault occurred at location No. 2, can you prevent it from spreading to the other four locations? 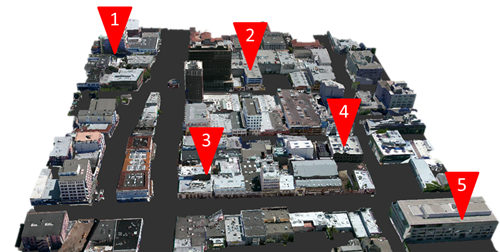 Figure 3 is a simplified local grid example, as it’s unlikely that five random buildings in a city block would lose power independently. What’s more likely is a blackout, whether at a city, state or even regional level. In these instances, determining a fault’s location is incredibly difficult, yet significantly more critical to restoring power promptly.

In August 2003, a relatively small fault in Ohio (initially caused by an overloaded transmission line sagging and touching a tree branch) resulted in power loss for an estimated 55 million people across eight states and portions of Canada. According to a task force’s published report, in addition to sending approximately 100 power plants into safe mode, the effects of this fault interrupted water services, shut down most major forms of transportation and disrupted communications across the region. 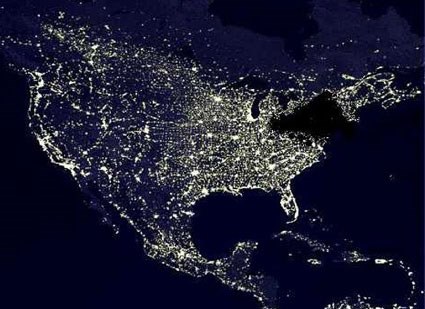 What does this have to do with TS? In its 2004 report about the outage, the U.S.-Canada Power System Task Force cited four causes, the last of which was a “failure … to provide effective real-time diagnostic support.” The report concluded that while a tree branch coupled with overloaded transmission lines may have led to the fault initially, an inability to detect that fault quickly and eliminate any cascading effect resulted in the events that followed – an example of why TS is so vital to the city of the future.

Knowing that faults are inevitable, you’ll be able to use TS to make quicker decisions with more targeted results. You can redirect local power grids to achieve better load balancing in the event of increased demand, switch power over to a larger network capable of handling a larger load, proactively trip circuit breakers and relays further down the line to stop fault effects from spreading, eliminate the need for entire network shutdowns for localized incidents – and, in the unlikely event of a shutdown, bring power back online quicker through a better-coordinated restart process.

Ultimately, TS is vital to establishing a self-monitoring, predictive smart grid, one capable of supporting the increased power demands of the future while ensuring that power is delivered as cleanly and reliably as possible. With this capability, you can focus your efforts on realizing the wonders of the future, instead of worrying that newly designed 22nd-century technology will fall out of the sky, careen off the road, or remain silent when it fails as a result of a “dumb” 20th-century electrical grid.

Are there any other uses for TS that I missed in this two-part series? What other improvements to our grid are necessary to support our technological future? Submit your questions or comments below.