On November 24-26, the C2000™ microcontroller (MCU) team exhibited at the SPS IPC Drives 2015 show in Nuremburg, Germany. The show boasted more than 64,000 visitors and 1,600 exhibitors all focused on delivering solutions for the Smart Factory environment. 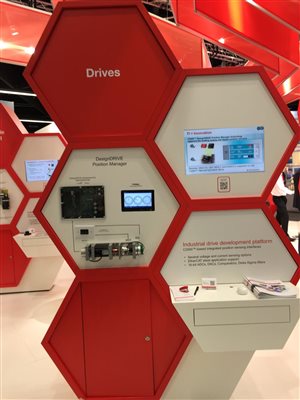 Having just announced the DesignDRIVE Position Manager technology on November 19, the team created a triple-sensored servo drive example. Mounted in one rack was a servo motor coupled with an incremental encoder, a SIN/COS transducer, and EnDat 2.2 and BiSS-C rotary absolute encoders. At any given time, three position sensors feed the shaft angle back to the DesignDRIVE-based controller. The user can select between either the EnDat or BiSS sensors on-the-fly. The system is able to adapt to the absolute encoder selected. It’s worth noting that a closed loop FOC-based position control example, which leverages a HEIDENHAIN ROC 425 EnDat encoder, is available now as part of the latest C2000 MCU controlSUITE™ software release. This project is built upon the DesignDRIVE development kit and will work with both the v2.2 (green) and the v2.2.1 (blue) versions. 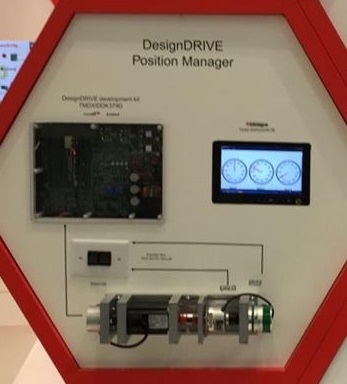 Looking to future technology and kit releases in 2016, our exhibit also included three new demonstrations using the Delfino MCU LaunchPad development kit and various TI BoosterPack plug-in modules.  With the power and autonomy of a dual core real-time DSP/MCU like the F28379D, whose on-chip ADCs have the capability to work asynchronously to each other (on completely different time-bases); two completely independent control loops can be managed on the same device. Imagine using one DSP core (and CLA) to manage your servo motor control while the other DSP manages the creation of the DC-Link power bus feeding your motor inverter; each real-time control loop sensing and actuating independently to the other! 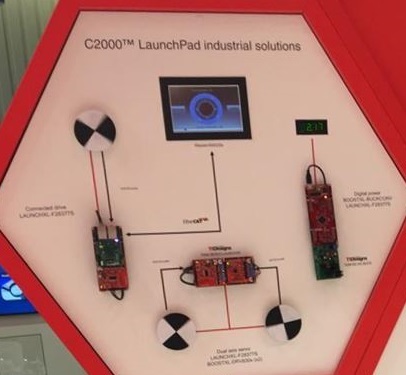 To learn more about these demonstrations, watch the overview video below, or click here.