Q: Why do some high-speed op amps have a minimum gain specification?

A: Decompensated op amps have a closed-loop minimum gain stable specification, but offer a wider GBW and lower noise – for the same current consumption – as their unity-gain-stable counterparts.

“Decompensated” simply means that there is a second pole above 0 dB placed in the Aol (open-loop gain) response curve. This second pole also dictates the minimum gain required to ensure the amplifier’s stability. Think of the Aol curve being “shifted up,” as shown in Figure 1. The increased Aol results in a wider bandwidth. 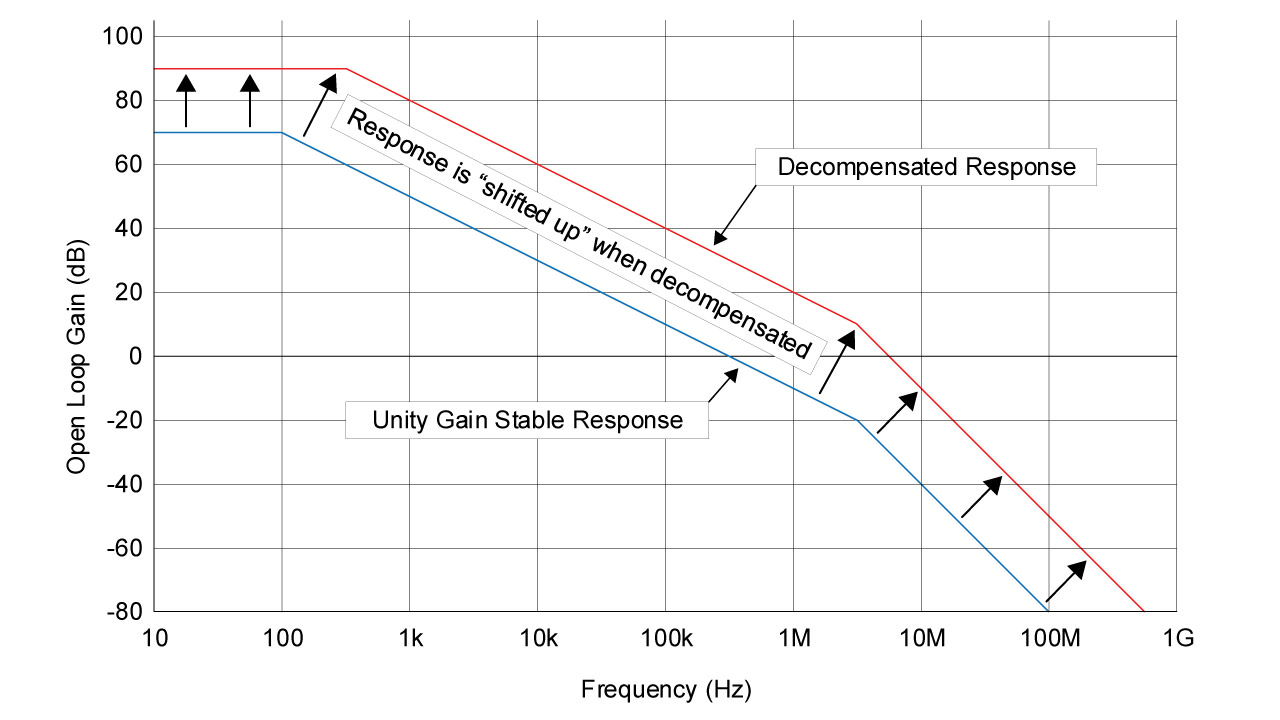 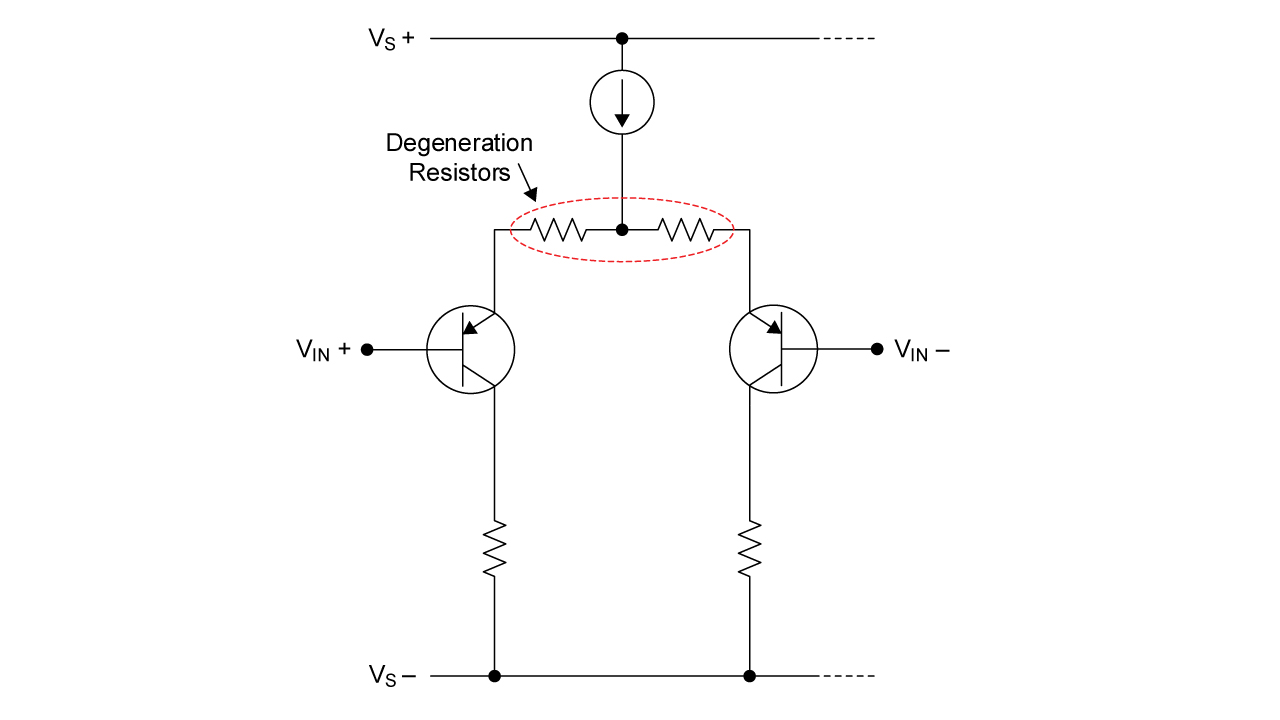 The OPA858 and OPA859 are two examples of a decompensated and unity-gain-stable amplifier, respectively. For the same current consumption, the OPA858 has wider bandwidth and lower noise, as shown in Table 1.

In addition to increased bandwidth and lower noise, the decompensated architecture also enables a higher slew rate. Overall, the minimum gain specification offers a trade-off in performance that you can take advantage of if you can forego unity gain and meet the minimum gain requirement. Examples of applications where it’s possible to easily meet the minimum gain specification include current-sensing circuits that measure a voltage across a shunt resistor, gain stages in a signal chain and transimpedance circuits.

Q: What are current feedback amplifiers? 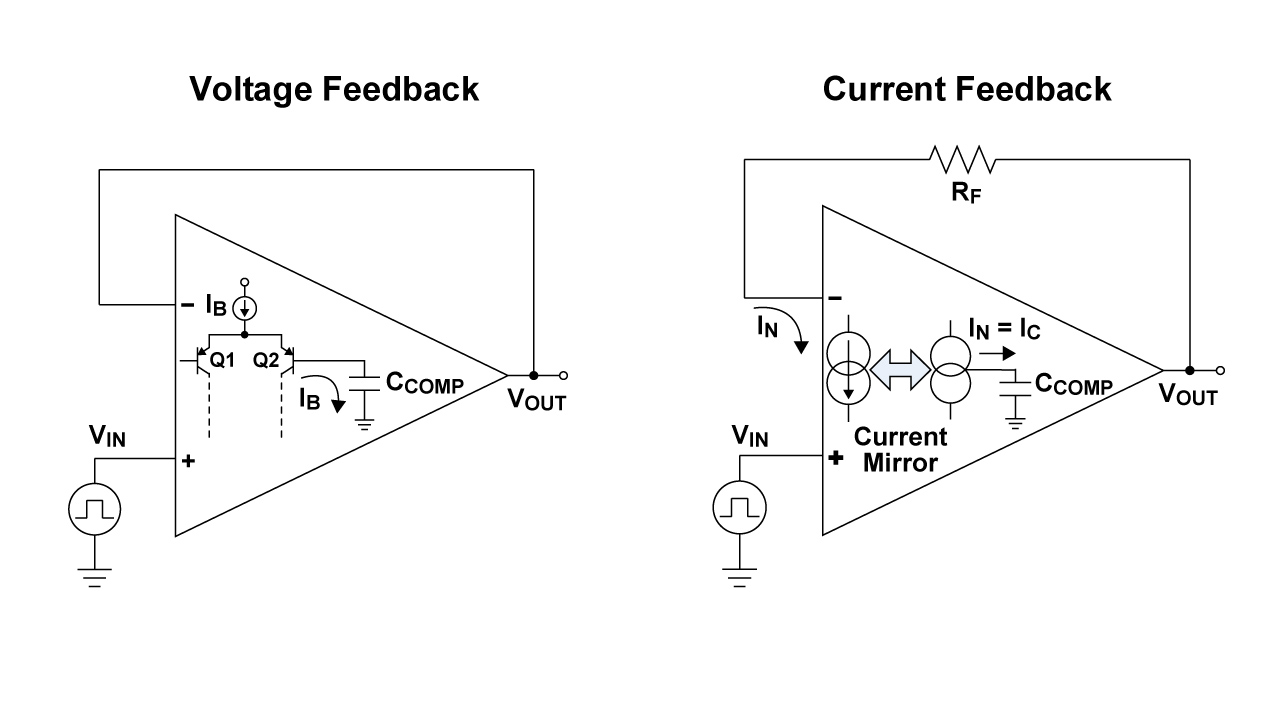 Both architectures are still used as error amplifiers in a negative feedback circuit, but the type of feedback they require is what differs. You can use either amplifier type in inverting and noninverting gain configurations, for instance. One distinct advantage of the current feedback architecture is that the bandwidth is not dependent on the gain. In the voltage feedback architecture, however, as the gain increases, the bandwidth decreases, as shown in Equation 1:

In the current feedback architecture the bandwidth remains nearly constant regardless of the gain, as shown in Figure 4. This graph appears in the THS3491 data sheet. 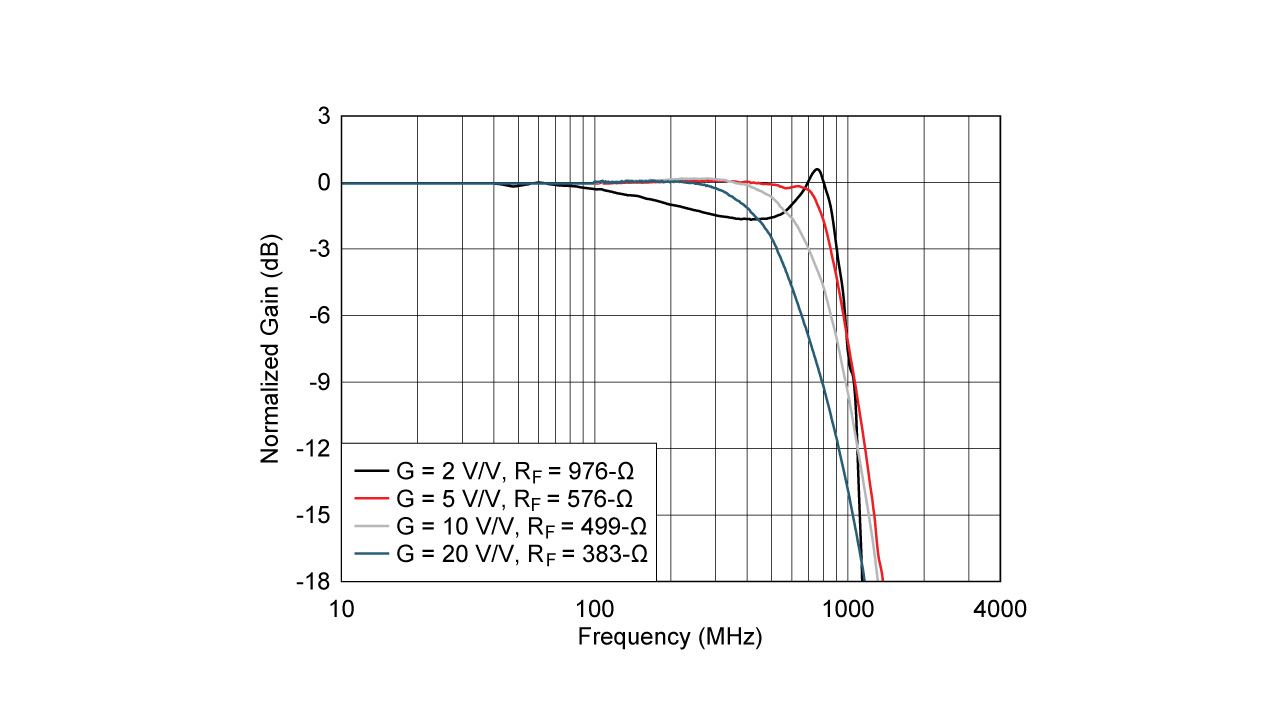 Table 2 compares some of the main differences between voltage and current feedback amplifiers.

Table 3: Example of recommended values for RF from the THS3491 data sheet

For more details about the differences between these two architectures, check out Understanding Voltage Feedback and Current Feedback Amplifiers. You can also learn more about current feedback architectures by watching the TI Precision Labs online training videos.

Q: Why does my high-speed amplifier oscillate when I put it on a breadboard?

A: Generally speaking, it’s likely that the inductance of the package leads as well as the breadboard’s capacitance and inductance are causing your high-speed amplifier to oscillate. Similarly, when designing with high-speed op amps, it’s important to minimize capacitance and inductance on printed circuit boards (PCBs). Even devices on the lower end of the high-speed amplifier GBW spectrum, like the 50-MHz OPA607, require these types of board-level design considerations.

Here are some ways you can optimize your high-speed layout design:

When evaluating the performance of high-speed op amps, it’s best to use the designated evaluation module for a particular device. These boards demonstrate good high-speed board layout design and use SMA connectors to maintain a high-fidelity and impedance-controlled signal path. For more details on high-speed board layout practices, you can read High Speed PCB Layout Techniques.

Overall, high-speed op amps operate much like their lower-speed counterparts. By considering just a few design nuances, you can take advantage of all of the speed and performance benefits that they offer for your system. Which of these questions were most relevant to you? Leave a comment below.