Unfortunately, simply feeding OUT back to IN– is not sufficient for ensuring stable, negative feedback. If the output signal is delayed on its way back to IN–, the voltages on the input pins will not match. The output voltage will then overcorrect and overshoot its final value in an attempt to fix the problem. The consequence of this effect is a long, output settling time. If the delay becomes long enough, the feedback signal will have enough phase delay such that it will look like positive feedback instead of negative feedback. The result will be unwanted oscillations, as shown in Figure 1. 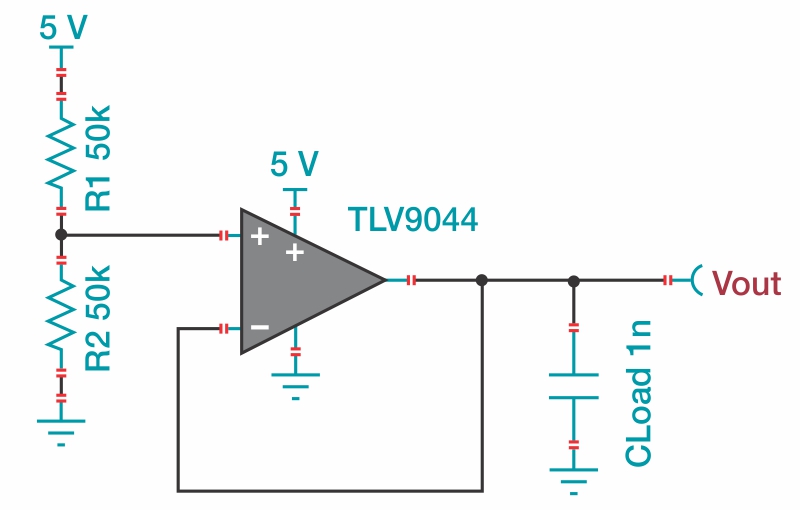 Large resistor-capacitor (RC) time constants in the feedback network are the cause of such delays. A combination of the op amp’s open-loop output impedance (RO) and the amplifier’s load capacitance (CLoad), or a combination of a large feedback resistance (RF and RG) with the op amp’s input capacitance (CCM and CDiff), form RC time constants. Figure 2 shows an example of these components in an op amp circuit. Note that some elements are internal to the op amp and others are external. The larger the RC time constant, the longer the delay. 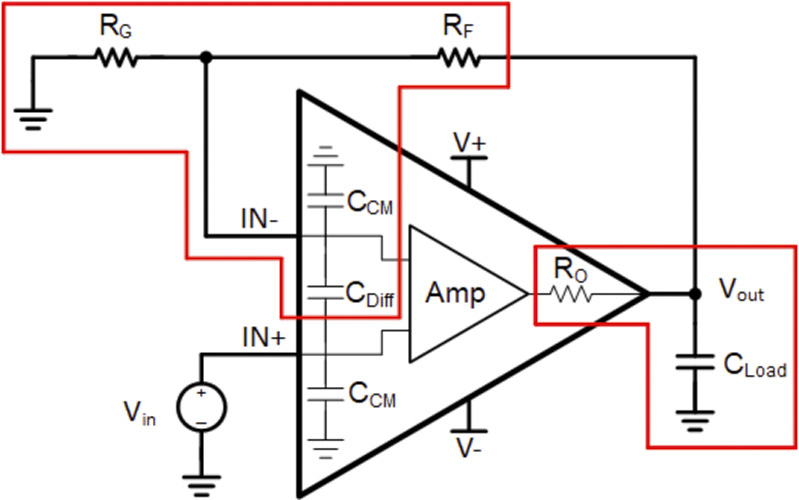 The most common approach to stabilization is the isolation resistor (Riso) method, which is used for amplifiers with capacitive loads. This stability technique only requires the addition of a single resistor at the op amp’s output after the feedback loop, and this resistor generally does not have to be too precise. Although isolation resistors may be large and contribute to output errors caused by voltage drops, most low-power circuits have low-current outputs. So, the isolation resistor’s main drawback is often not a significant issue for low-power op amps.

So how does the Riso method work? A capacitive load on the output interacts with the open-loop output impedance of the amplifier to create an RC time constant. This RC time constant introduces a significant delay into the feedback path. An excessive delay can effectively turn the negative feedback loop into a positive feedback loop. Placing an appropriately sized Riso component (as shown in Figure 3) counteracts the effect of the RC time constant and reduces the feedback delay. The result is a more stable circuit. The TI Precision Labs op amps video series offers a more mathematically rigorous explanation of this effect. 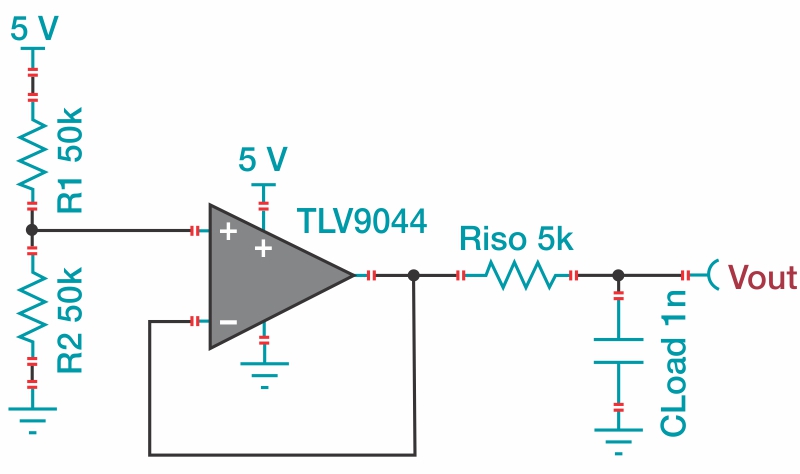 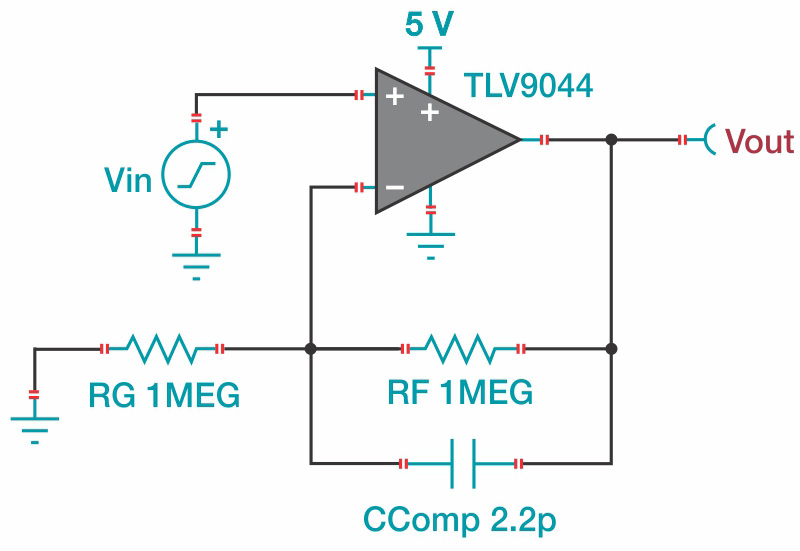 Figure 4: 20-mV step input with and without CComp

As a practical consideration, I recommend including printed circuit board (PCB) footprints for Riso and CComp along with corresponding test points on your circuit board near your low-power op amp circuit. Doing so enables quick fixes to stability issues with the addition of a component, and is much easier and less costly than redesigning the PCB. When not needed, you can replace Riso with a 0-Ω resistor and leave CComp unpopulated.

Low-power op amps are important components in power-constrained applications. Unfortunately, these devices come with stability challenges. Using the techniques described above, these difficulties can be alleviated and you can enjoy the power savings of a robust, low-power op amp circuit design. The next and final installment will examine noise in low-power amplifiers.