Differential pairs: four things you need to know about vias

In a high-speed printed circuit board (PCB), a via is notorious for degrading signal-integrity performance. However, using via structures is unavoidable. In a typical board, components are placed on the top, while differential pairs are routed in inner layers where they lower electromagnetic radiation and pair-to-pair crosstalk. Vias must be used to connect components on the board’s surface to the inner layers.

Fortunately, it’s possible to design a transparent via that minimizes performance impact. In this post, I’ll discuss the following:

1. Basics of a via structure

Let’s start by examining the elements of a simple via that connects a top trace to an inner trace. Figure 1 is a 3-D diagram showing a via construction. There are four basic elements: the signal via, via stub, via pad and anti-pad.

Vias are metal cylinders that plate through holes between the top and bottom layers of a board. Signal vias connect traces at different layers. Via stubs are the unused part of the via. Via pads are donut-shaped pads that connect the vias to the top or the inner traces. Anti-pads are the circular clearances in each power or ground layer that prevent electrical short to the plane. 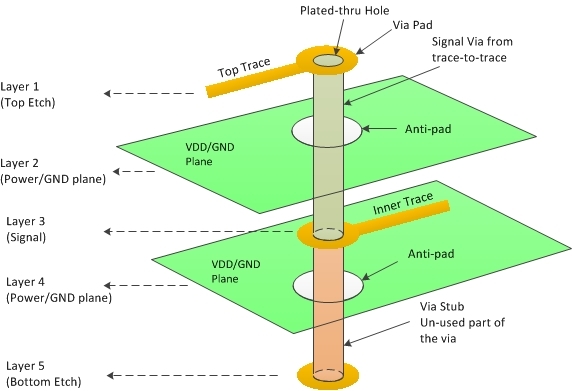 Figure 1: 3-D diagram of a single via

2. Electrical properties of via elements

Let’s walk down the signal path to visualize the electrical property of each via element, shown in Table 1. 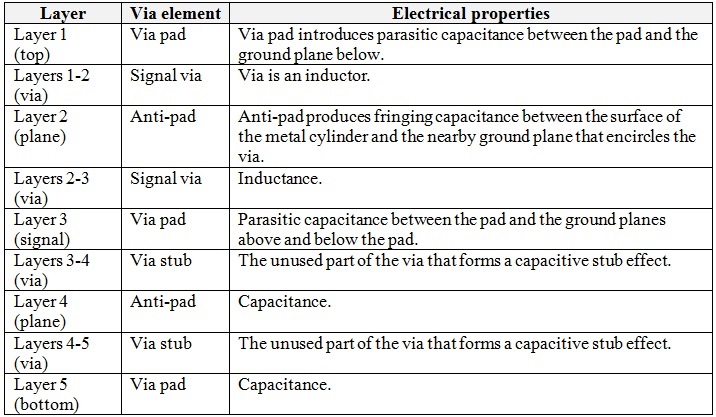 Table 1: Electrical properties of the via elements shown in Figure 1

A simple via is a series of π-networks made of capacitance-inductance-capacitance (C-L-C) elements formed within two adjacent layers. Table 2 shows the effect of the via dimensions.

Table 2: Intuitive effect of via dimensions

By balancing the amount of inductance and parasitic capacitance, it’s possible to construct a via with the same characteristic impedance as the trace, thus becoming transparent. There’s no simple equation that translates via dimensions into the C and L elements. A 3-D electromagnetic (EM) field solver can predict the impedance of a structure based on the dimensions used in a PCB layout. By repeatedly adjusting the structure’s dimensions and running 3-D simulations, it’s possible to optimize the via dimension to achieve the desired impedance and bandwidth requirements.

3. Building a transparent differential via

As discussed in my previous post, a differential pair must be implemented with a high degree of symmetry between the A and B wires. The pairs are routed in the same layers, and if there’s a need for a via, it must be implemented in both wires at locations close by. Because the two vias of the differential pair are in close proximity, instead of using two separate anti-pads, an oval anti-pad shared by the two vias reduces parasitic capacitance. A ground via is also placed next to each via so that they provide ground-return paths for the A and B vias.

Figure 2 shows a ground-signal-signal-ground (GSSG) differential via structure example. The distance between the two adjacent vias is called a via pitch. A smaller via pitch introduces more mutual coupling capacitance. 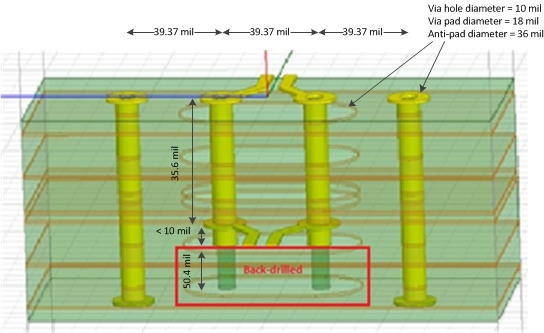 Figure 2: A GSSG differential via with back-drill

4. How to verify performance

The differential via design shown in Figure 2 was built and tested. The test sample consists of a pair of differential traces at the top layer, followed by a differential via to the inner traces, then a second differential via connects to the BGA landing pads at the top layer again. The total length of the signal path is about 1,330mils. I measured its differential impedance with a differential time-domain reflectometer (TDR), its bandwidth by using a network analyzer, and its effect on the signal by measuring the data-eye opening with a high-speed oscilloscope. Figures 3, 4 and 5 show the impedance, bandwidth and eye diagrams, respectively. The left-side plots are the test results with back-drilling, while the right-side plots are those without back-drilling. From the bandwidth plot in Figure 5, it’s clear that back-drilling is necessary to achieve high performance at data greater than 10Gbps.

TI has a rich portfolio of high-speed signal-conditioning integrated circuits (ICs) such as retimers and redrivers. They help mitigate imperfections and high insertion loss from all types of differential pairs, enabling reliable data communication and extending transmission distance for modern systems.

Leave a note below – I’d love to hear your feedback on this post or anything you’d like to learn in future “differential pairs” posts.