Ethernet is all around us – from points of sale in stores, LED signage in stadiums and even some parts of the industrial automation process. Despite its ubiquity, however, there are areas where it has yet to achieve wide and consistent usage. In this article, I’ll focus on one area in particular, long-distance (>1 km) two-wire networking at 10 Mbps, in remote industrial, building and process automation applications, like the field sensor in Figure 1. 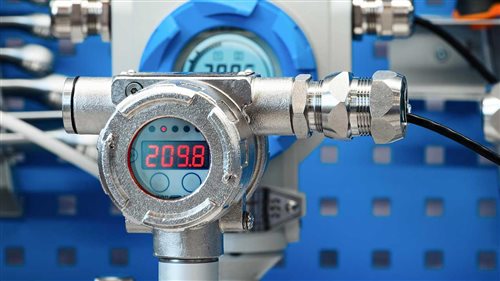 Figure 1: A field sensor that can use 10BASE-T1L Ethernet

There are several reasons why Ethernet hasn’t “reached” these applications yet – most notably that until recently, there wasn’t an Ethernet specification supporting this cable length. Without a defined specification, designers had to use existing Ethernet standards for some parts of network development and other methods for the remainder. But that approach creates several challenges, such as the addition of gateways to support the mix of protocols, which greatly increases system complexity.

There’s also the challenge of cable usage, as standard Ethernet implementations, shown in Figure 2, typically use two to four twisted-pair cables and are not designed for single-pair communications.

Because many factory and building automation designers are likely already using existing single-pair fieldbus technologies, such as 4-to 20-mA current loops, Highway Addressable Remote Transducer, (HART) and Control and Communication (CC)-Link for long-distance applications, adding Ethernet to their network through protocol conversion could increase cable cost and weight.

Fortunately, single-pair Ethernet PHYs, especially those for the 10BASE-T1L standard, are designed to help engineers looking to increase the bandwidth of their industrial communications and unify their network under a single interface protocol without increasing cable costs or network complexity.

What is single-pair Ethernet?

At its most basic level, single-pair Ethernet is Ethernet over a single twisted pair of wires. The standard also enables the coexistence of power and data on a single pair of wires, which is referred to as power over data line.

The categories of single-pair Ethernet use the nomenclature “xBASE-T1.” 1-Gbps single-pair Ethernet is 1000BASE-T1, 100 Mbps is 100BASE-T1, and 10 Mbps is 10BASE-T1L or 10BASE-T1S, depending on its implementation. All three versions have a ratified Institute of Electrical and Electronics Engineers (IEEE) 802.3 specification associated with them. Table 1 summarizes the key differences between each category. For the purposes of this discussion, we’ll focus on 10BASE-T1L for longer-distance networking at 10 Mbps.

What are the key benefits of 10BASE-T1L single-pair Ethernet?

In addition to using fewer cables, single-pair Ethernet helps eliminate the need for protocol conversions and other interventions to enable fast, seamless data transfer between operator and edge node. This freedom of data transfer overcomes the challenges mentioned above and supports the large amounts of data needed for enhanced predictive maintenance and system health, safety and throughput.

Expanded connectivity enables the use of Ethernet networking from an app on any internet-connected device to the most remote edge node, such as a field transmitter or building controller, as shown in Figure 3, without sacrificing distance or data rate. In some cases, it’s possible to reuse existing wire harnesses when upgrading from some legacy fieldbus protocols.

To see the DP83TD510E in action, watch our video, "Long-distance connectivity: 10BASE-T1L single-pair Ethernet PHY demo." This demonstration shows how the DP83TD510E enables long-distance 10-Mbps communications between a water sensor and flood indicator.

With the development of IEEE 802.3cg, it’s now feasible to transmit data faster and farther over one pair of twisted wires. This innovation enables designers to take Ethernet to the most remote edge node of a network and supports the same network protocol wherever they are located in the world.