How to save power using load switches

Thanks to the Internet of Things revolution, we’re seeing more devices connected to the cloud via Wi-Fi®  and Bluetooth®. Load switches are commonly used to save power by disabling radios (and other power-hungry subsystems) when your smartphone, for example, is in standby mode. This lowers the device’s overall power consumption, making batteries last longer.

How does a load switch work?

Think of a load switch as an electronic light switch, used to turn a load on and off. Basic load switches have only four pins: VIN, VOUT, ON and GND. Figure 1 shows features found in more complex load switches.) Turning the load switch on (by asserting ON high) lets current flow from VIN to VOUT. When you turn off the switch, no current flows from VIN to VOUT, and everything downstream is also turned off. The standby power consumption of the load switch effectively replaces the standby power consumption of the load(s) on VOUT.

How much power do you really save?

For a real-world example, let’s assume we have a WiFi or Bluetooth radio which consumes approximately 5µA in sleep mode.   I will be using the TPS22915 load switch to compare the power savings with and without a load switch. Without the load switch, our power consumption when the radio is in its standby or sleep mode would be around 5µA, as mentioned earlier.  In the TPS22915’s data sheet, typical ISD (shutdown current) is 0.5µA (not to be confused with the IQ or quiescent current rating of 7.7µA, which is the load switch’s active power consumption). Adding the TPS22915 (Figure 2), consumes 10x less power! 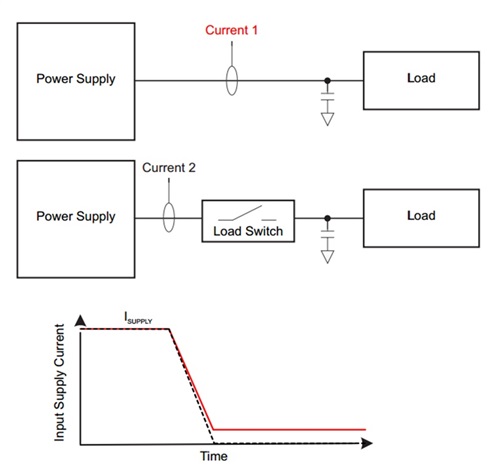 Figure 2: Comparison of standby power consumption with and without a load switch

Now let’s assume that our Wi-Fi chip has a bit lower performance, and consumes closer to 250µA when in its standby or sleep mode. Adding the TPS22915 now consumes 500x less power! By saving power, you can shrink your end equipment by using smaller batteries, or have them last longer between recharges.

Which load switch is right for you?

When selecting a load switch, it is important to ensure that it has the correct rating for your application. Pay close attention to the maximum voltage, maximum current and ON-resistance (RON). After confirming that the load switch is rated for the correct voltage and current, decide how much power loss (V=IR drop) is acceptable. TI offers a wide array of load switches to choose from; the latest in the family is the TPS22915. The TPS22915 has a typical RON of 38mΩ. For a 1.5A load, the voltage drop across the load switch is 57mV (V=1.5A * 38mΩ). Applying 3.3V, 1.5A to VIN, the VOUT will be ~3.24V.

As load current increases, the RON of the load switch becomes increasingly important because voltage drop scales with current. This is why it’s important that the TPS22915 has 31% lower RON at 3.3V than similar load switches. Without the TPS22915, VOUT would be ~3.21V instead of 3.24V. Figure 3 compares RON across VIN.

If you’re hungry to learn more about load switches, I encourage you to dive into the Basics of Load Switches app note  and join the TI E2E™ Community load switches forum to search for solutions and hear from experts.