Inductive-sensing technology is causing designers to rethink many problems that have existed for decades. Today, I will show you a modern approach to a button design that does not use any moving parts.

Traditionally, buttons on appliances and consumer electronics used a resistive contact solution that relies on the proper functioning of a mechanical button. The use of moving parts is susceptible to long-term reliability issues and may not be aesthetically pleasing. This approach also does not allow a complete seal of the case, making it sensitive to moisture and other contaminants.

Inductance-to-digital conversion (LDC) with touch-on-metal (ToM) technology solves these issues while allowing a modern-looking and extremely reliable button. The case can be manufactured from a single piece of metal (as shown in Figure 1), making it highly cost-effective and immune to moisture damage. 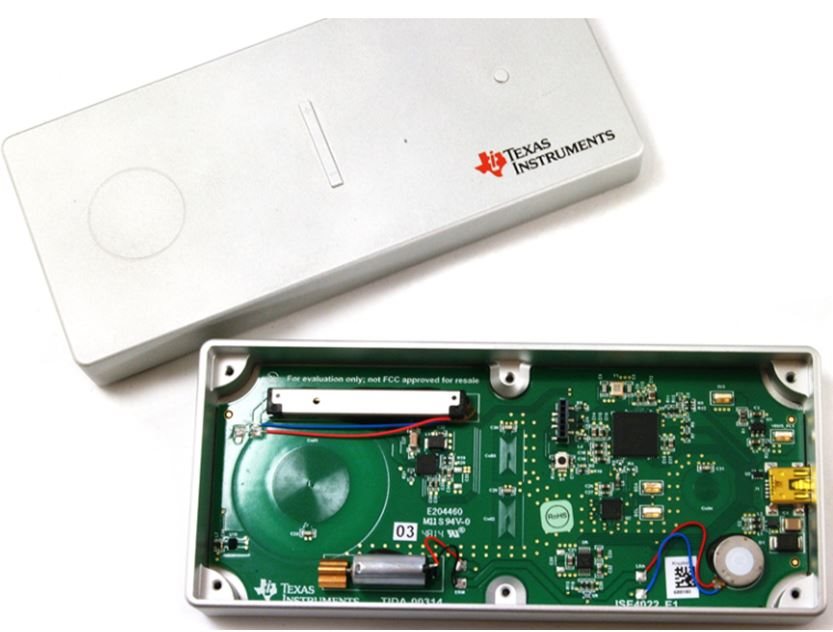 The sensor is a printed circuit board (PCB) coil on the inside of the casing, not exposed to the external environment. The LDC takes advantage of the relationship between inductance and metal proximity, which enables the LDC to translate metal deflection caused by an intentional button push to a detectable inductance change. The use of TI 28-bit LDCs such as the LDC1612 and LDC1614 allow detection of sub-micrometer changes in metal proximity, which is completely invisible to the naked eye and does not require a lot of force.

Figure 2 shows a button application with a 20mm-diameter circular button and a 0.25mm-thick aluminum sheet. The button sits at a nominal height of 0.55mm, away from the PCB coil. A button push with typical force causes a deflection of 5µm. 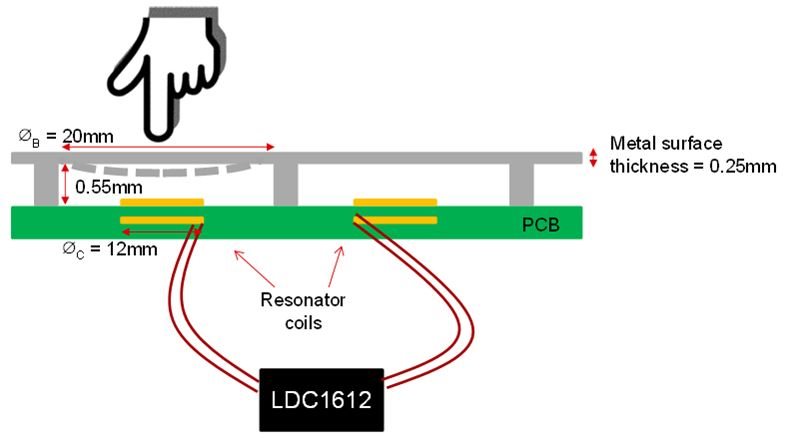 The LDC1612 features a configurable resolution and sample rate to allow for the most flexibility when designing the human-machine interface and metal-deflection distance. In this example, the LDC1612 is configured for 155SPS and 13 bits of resolution, which is sufficient to detect a metal deflection of <5µm at a nominal proximity of 0.55mm. A microcontroller can process the data to detect when the inductance crosses the pre-determined threshold. A haptic feedback event is also possible, thus providing tactile feedback and signifying a button push to the user. 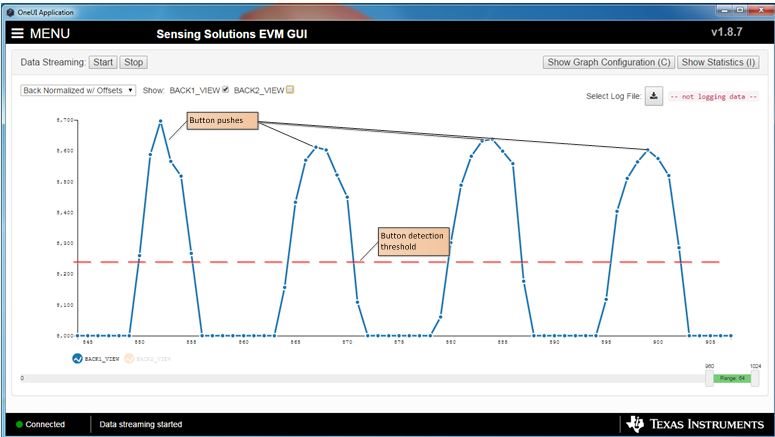 Figure 3 shows the LDC1612 raw output and threshold setting when the button is pressed four times. When the LDC output passes the threshold, the microcontroller can signify that a button press has occurred and trigger a haptic response. The threshold can be set higher or lower depending on whether you want weak or strong button-push detection.

To see a complete design using the principles I’ve covered in this post, check out the TI Designs Touch on Metal Buttons with Integrated Haptic Feedback Reference Design.

It is easy to see that with inductive technology and post-processing, the way we think about buttons has a new path forward. The possibilities are endless. Log in to comment below and let me know the button applications you’d like to improve.