Switching and latching applications that involve detecting the presence of a moving object can be complicated to design and plagued by reliability problems. Examples include implementing tamper detection for opening and closing doors, or measuring the rotational speed of a gear regularly exposed to dust or oil that could block the sensor and cause failures.

Additional challenges exist depending on the specific technology used for the switching application, including:

The introduction of TI’s LDC0851 differential inductive switch enables a new approach that offers a temperature-stable switching threshold accurate to 1% of the coil diameter, eliminating the need for production calibration.

The LDC0851, as shown in Figure 1, uses inductive sensing to perform a simple inductance comparison between two matched printed circuit board (PCB) coils. The output switches high or low depending on which coil has less inductance. 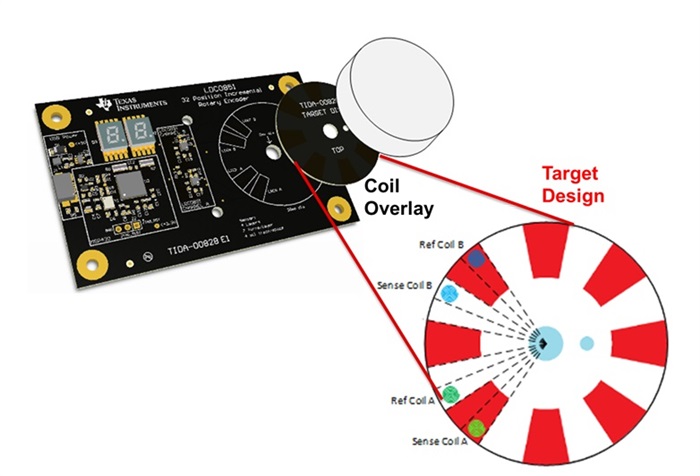 A simple coin-cell battery-powered evaluation module (EVM), shown in Figure 5, demonstrates close-range proximity sensing as well as simple on/off metal-button detection. This EVM includes a perforation that enables you to replace the default sensor with a custom sensor.

If you’re interested in learning more about the new inductive switch, the WEBENCH® coil design tool can help simplify the design of stacked coils for the LDC0851. In the next post, we will go through a design example and show you how to use the new tool.