Issues with jitter, phase noise, lock time or spurs? Check the loop-filter bandwidth of your PLL

As one of the most critical design parameters, the choice of loop bandwidth involves trade-offs between jitter, phase noise, lock time and spurs. The loop bandwidth that is optimal for jitter, BWJIT, can often be the best choice for many clocking applications, such as data converter clocking. In cases where BWJIT is not the best choice, starting there is still the first step to finding the optimal loop bandwidth.

In Figure 1, the offset where the phase-locked loop (PLL) and voltage-controlled oscillator (VCO) noise cross, BWJIT (about 140kHz) optimizes jitter by minimizing the area under the curve. 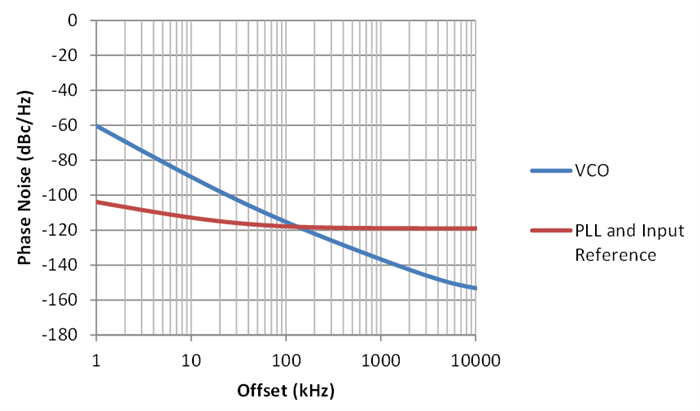 Although this bandwidth, BWJIT, is optimal for jitter, it is not for phase noise, lock time and spurs. Table 1 gives a relative idea of the impact of loop bandwidth on these performance metrics. 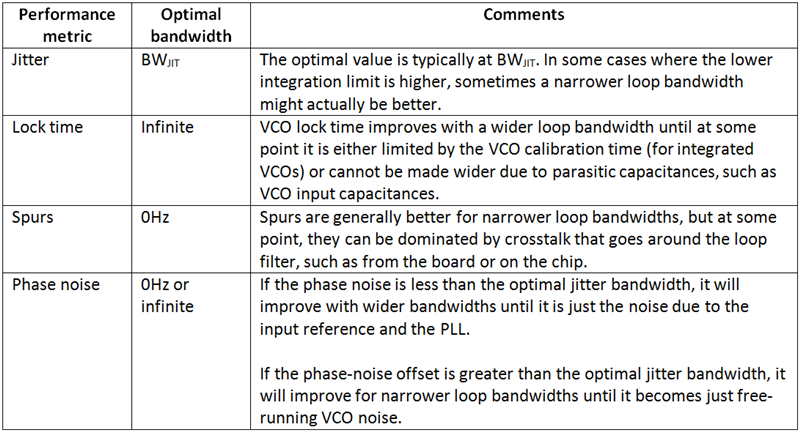 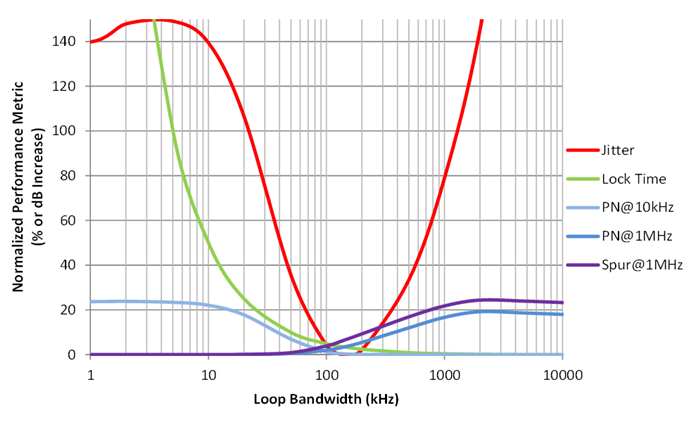 As Figure 1 predicted, the optimal jitter is indeed best for a loop bandwidth around 140kHz. Increasing the loop bandwidth beyond this benefits lock time and 10kHz phase noise, but degrades the spur and phase noise at 1MHz offset.