What is a smart DAC?

The process of choosing the right components, writing software and ensuring that the system works cohesively can be unnecessarily complicated, even when implementing basic functions. In this article, I will explore how you can improve system performance while reducing cost and development time with a new type of device: a smart DAC. 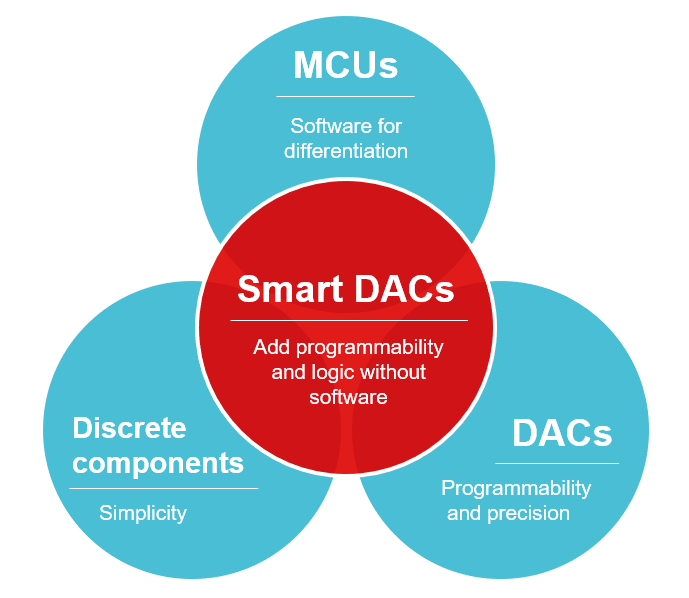 Figure 1: A smart DAC bridges the gap between discrete-, DAC- and MCU-based circuits

Here are several use cases where you can use smart DACs to perform simple functions with fewer system resources, saving time and system cost.

Software-based MCU designs, while extremely useful for the primary monitoring and control applications in some automotive and industrial applications, require an excessive amount of resources when you are designing secondary applications or subsystems that only require auxiliary voltage margining, biasing or trimming. Applications such as lighting control need only a simple sense-measure-control feedback loop. Another example is in appliances, where a light in your microwave turns on when the door is open. Because this is a simple function requiring minimal resources, a smart DAC can help.

Figure 2 shows a smart DAC with integrated NVM. The ability to store register settings in memory during system production enables you to program the smart DAC’s power-up state in memory. Automotive Electronics Council-Q100-qualified smart DACs can support memory retention for 20 years at 125°C operating temperatures, making them a good choice for automotive and industrial applications like multi-slope thermal foldback for automotive daytime running lights, or land and mobile radios in aerospace and defense. 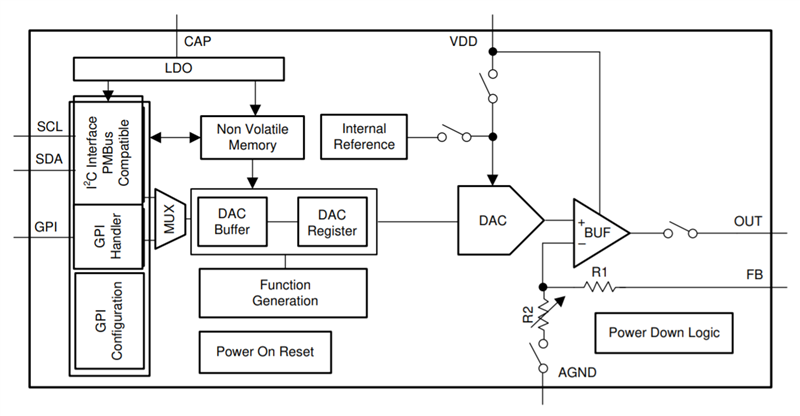 Smart DACs will also work in applications that require PWM generation – such as long-distance fault management with built-in, configurable analog-to-PWM duty-cycle translation or general-purpose input (GPI)-to-PWM conversion. Unlike MCUs or timer-based solutions like 555 timers, smart DACs don’t require R&D time or additional discrete components prone to temperature drift. Figure 3 shows an example of temperature-to-PWM conversion using DAC53701 in which the pulse width of the PWM output adjusts with changes in temperature. You can learn about other PWM applications in the technical article, “Generating pulse-width modulation signals with smart DACs.” 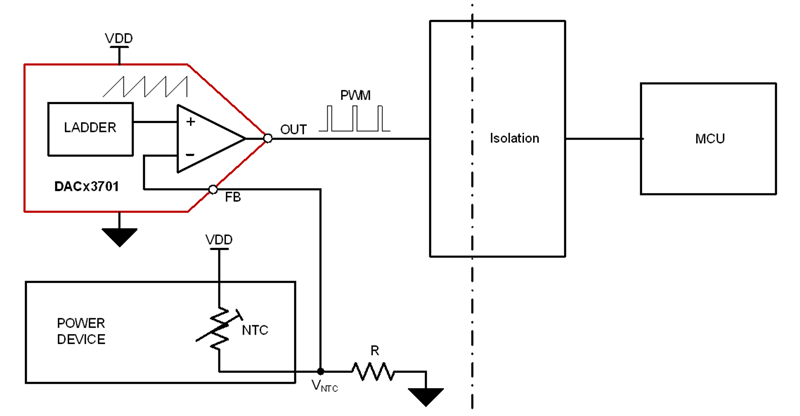 Figure 3: The DAC53701 adjusts PWM output with changes in temperature

You can also implement these waveforms when generating tones in patient monitoring systems, where smart DACs can be used to generate medical alarms by providing preconfigured patterns and general-purpose input/output (GPIO)-based trigger functionality. Our “Demystifying medical alarms” series explores this topic in more detail.

In lighting applications for appliances and vehicles, smart DACs produce fade-in and fade-out signals that provide digital input triggering and programmable timing. Designers can build modular systems and tune something like LED brightness on each individual board by reprogramming the NVM, thus reducing development time and cost.

LED reliability is inversely proportional to the operating temperature, and to improve the life of the LEDs, an active thermal foldback is necessary to improve thermal management. The daytime running light (DRL) in automotive lighting remains on at all times and is exposed to sunlight during daytime hours. Thermal foldback here is a necessity to maximize LED life, and smart DACs help simplify the system design with built-in features.

Figure 4 shows a circuit and the relationship between the GPI input and DAC output, and how the rise and fall of the DAC output can be controlled directly by the GPI to produce a slewed LED fade-in or fade-out. Appliances typically use a sensor to determine whether the door is open or closed, which the GPI will represent as high or low. 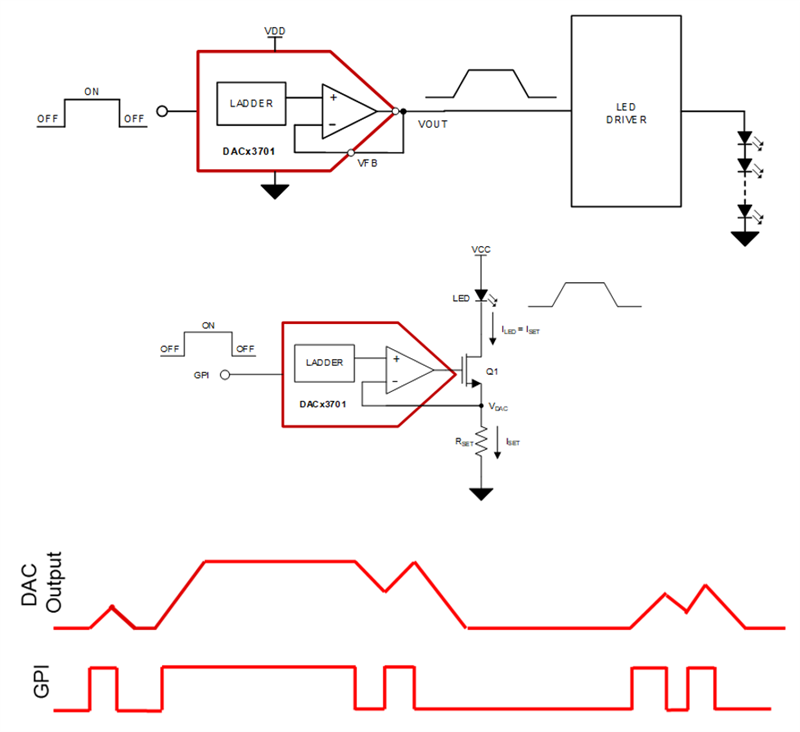 Act as a programmable comparator

Figure 5 shows the programmable hysteresis and latching comparator function, and how the DAC output is tracked within a threshold set by margin-high and margin-low values stored in NVM.

For programmable hysteresis, if the input exceeds the margin-high value, then the GPI will toggle low. If the tracked value continues to drop below margin-high, then no change occurs on the GPI until the value drops below the margin-low value, which will cause the GPI to trigger high. This is useful to raise alarms when a given value exceeds a finite range. For the latching comparator implementation, the feedback voltage only needs to be less than VDD (because the operational amplifier is supplied by VDD), so it is possible that the output will toggle low again if it was latched high. 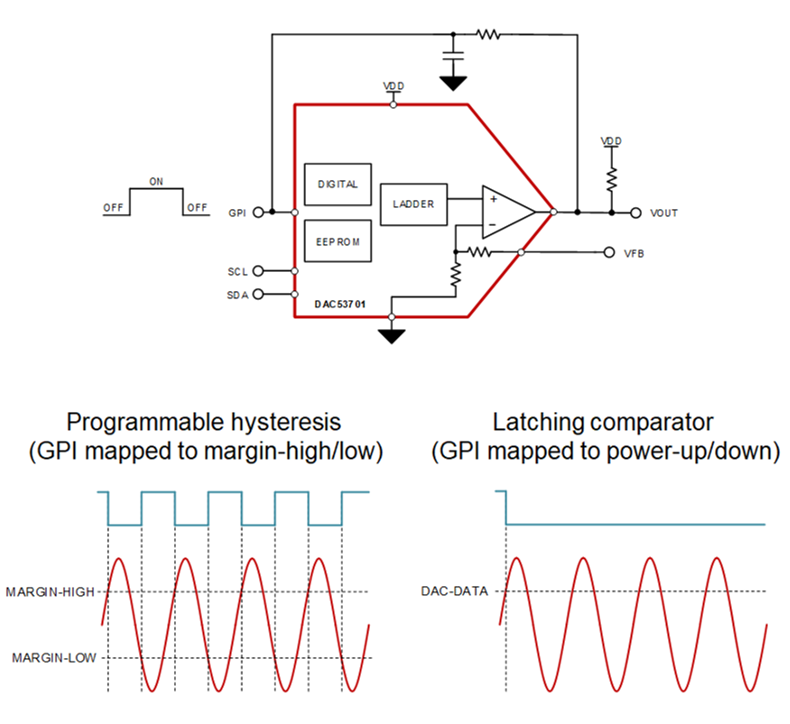 Figure 5: A smart DAC as a programmable comparator, with hysteresis and a latching comparator

As these use cases show, smart DACs can help you design self-reliant circuits by replacing discrete analog circuits and MCUs with a simple one-chip solution at a lower system cost. Explore TI’s portfolio of smart DACs using this prefiltered product search.