The top 5 questions when using M-LVDS in backplane applications

The top 5 questions when using M-LVDS in backplane applications

Multipoint low-voltage differential signaling (M-LVDS) is an established standard (Telecommunication Industries Association/Electronic Industries Alliance [TIA/EIA]-899) that allows for high-speed communication between as many as 32 devices. M-LVDS can be used in a backplane configuration as well as with cables. It is a popular choice for data interchange and clock distribution on backplanes.

M-LVDS differs from standard LVDS (TIA/EIA-644A) in that it provides an increased current drive to handle the higher load due to the double terminations required in multipoint applications. M-LVDS drivers use controlled transition times to minimize reflections that are common in multipoint configurations due to unterminated stubs. M-LVDS devices also have a large input common-mode voltage range for additional noise margin in heavily loaded and noisy backplane environments.

In this post, I will address the top five questions facing the designer when designing M-LVDS in a backplane arrangement, including some tips and practical design guidelines

1. How many transceivers can the backplane accommodate?

According to the M-LVDS standard, you can connect a maximum of 32 M-LVDS devices (transmitters, receivers, or transceivers) in an M-LVDS bus. This is based on the 20µA maximum leakage specification for receivers and disabled drivers/transceivers, which is equivalent to a 120kΩ minimum input impedance.

But is there a lower practical limit? It depends on how well your system is designed, including printed circuit board (PCB) layout, line impedance control, proper terminations, stub length and edge rates. It is possible to run a well-optimized backplane with 30 slots at >200Mbps.

M-LVDS uses double terminations, one on each end of the bus. The plug-in boards on the backplane create stubs (unterminated transmission lines). These stubs create impedance mismatches on the bus, which could potentially create reflections. To minimize the effect of the stubs, they should be as short as possible.

Figure 1: Stubs generated by a plug-in board on the backplane

Please notice, however, that the 3-inch stub length mentioned above is a maximum. You should minimize the stub length as much as possible; in general, a stub length less than 1 inch is recommended. A shorter stub length would be even better, as it leads to higher noise margins. Shortening the stubs from 1 to .5 inches may increase the noise margin by as much as 50 percent.

Make sure to include the length of the connector in the stub length. Also, watch for unintended stubs created by test points on the differential lines. You should account for these stubs and minimize their length.

3. How do you select the line characteristic impedance in a heavily loaded backplane?

M-LVDS drivers can drive loads as low as 30Ω. The loading from the devices on the bus (transmitters, receivers, or transceivers) lowers the overall effective impedance of the bus due to the capacitance of the stub and the input/output (I/O).

Notice that if the effective impedance of the line is lower than 100Ω, you may need to lower the termination resistance to maintain impedance matching and reduce reflections.

Also, make sure to evenly space loads on the backplane (plug-in cards) in order to help evenly distribute the loading and reduce irregularities. Notice that decreasing slot pitch (the distance between plug-in boards) increases the effective loading, which reduces the effective backplane impedance. A slot pitch of around 0.8 inches works well with the 130Ω line impedance.

4. Where should you locate the drivers and receivers on the backplane?

If you have a choice of where to place drivers and receivers on the backplane, avoid placing drivers in the middle of the bus. Placing drivers toward the two ends of the backplane leads to a longer signal path on average, which slows down the rising and falling edges. Slower transition times are less susceptible to discontinuities and impedance mismatches on the bus. 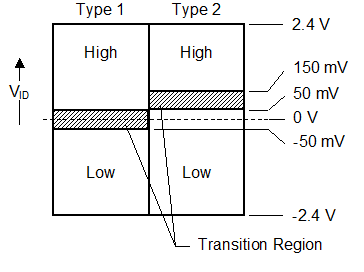 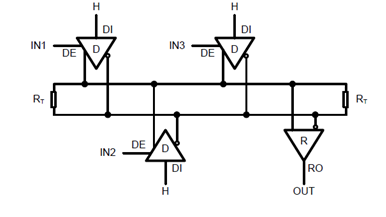 Figure 3: Using the wired-OR feature with a Type-2 M-LVDS receiver

In conclusion, M-LVDS is a good option for high-speed data and clock distribution on backplanes. The designer must carefully follow good design practices to ensure successful implementation of M-LVDS. In this post we addressed some of the top issues facing the designer when using M-LVDS in a backplane.