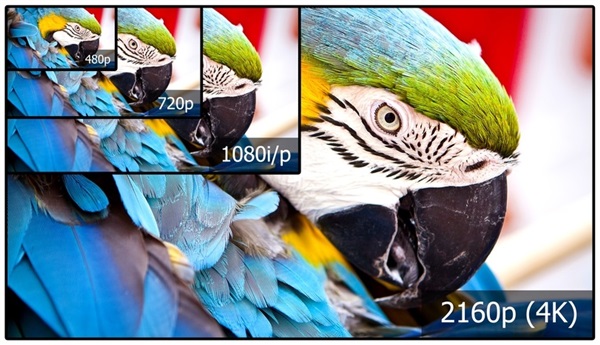 If you are a system designer working on broadcast or professional video equipment such as a video switcher, monitor, router, format converter or distribution amplifier with a serial digital video interface (SDI), you are probably considering these three questions.

For many years, broadcasters and other content providers have used SDI for uncompressed video transmission, and a whole infrastructure exists around it; however, there is an increasing trend toward IP (Internet Protocol) over Ethernet interfaces. An off-the-rack IP solution lowers costs; offers infrastructure implementation flexibility; and adds scalability for higher data rates, thanks to the popularity of Ethernet in data-center and other communication infrastructure applications.

The Society of Motion Pictures and Television Engineers (SMPTE) has defined both SDI (ST-2082-1 for 12G-SDI) and 10 Gigabit Ethernet (SMPTE-2022-5/6) based interfaces for 4K video transport. There are also a few studio-based video over IP proposals including Sony NMI, Evertz ASPEN and AIMS, which plan to leverage the Video Services Forum (VSF) TR-03/04 work being standardized by SMPTE. Your system’s interface choice depends on the target infrastructure for your market. In most cases, you may need to support both interfaces to maximize your addressable market or meet your customer’s requirements for a heterogeneous video network. In such a situation, the smart choice would be to design your hardware to include support for both SDI and IP, and use software to select the appropriate transport interface.

Sending data at higher speeds using 12G-SDI (or 10 Gigabit Ethernet for video over IP) increases loss in the transmission media and reduces the overall supportable cable reach between the video source and sink. To counter insertion loss and high frequency jitter at 12Gbps, signal conditioning components such as equalizers, reclockers and cable drivers should be used to extend coaxial copper cable reach up to 100 meters.

Fiber optics can be an alternative for applications that need longer reach, but that comes at a higher system cost. Using popular form factors such as SFP+ (enhanced small form factor pluggable), you can use modules specially designed to support scrambled SDI video frames, including common pathological data or modules that meet the SFF-8431 specification for 10 Gigabit Ethernet-based video over IP applications.

Currently, there are three ways to transport 4K content over SDI interfaces. One is a clumsy four-cable interface, with each carrying 3Gbps of video data, the second compresses 12G data to a single 3G interface, and the third sends uncompressed video over a 12G-SDI interface.

Unless you are an end-to-end solution provider or have the flexibility to market a system designed for 12G-SDI to the lower-end but still vastly popular 3G-SDI market, chances are that you will need to design multiple SKUs (stock keeping units) to support pricing expectations. Designing and maintaining multiple SKUs to support 12G-SDI and 3G-SDI interfaces requires time and effort from your already time-crunched design team. Reusing existing hardware designs and dropping in SDI components rated for 3G-SDI or 12G-SDI in the manufacturing line, depending on the SKU being assembled, can maximize cost savings and optimize performance.

TI will be exhibiting in the National Association of Broadcasters (NAB) show in Las Vegas April 18-21. To learn more about TI’s SDI portfolio and talk to experts developing groundbreaking new interface products, stop by booth N302 at the NAB Show and get an edge in your 4K transition.