Radar sensors are not only changing the way that vehicles sense the environment around them, but also how they sense what and who is occupying them. Imagine a car that is capable of detecting a forgotten child in the backseat or a driver with a medical issue and a system designed to take action to mitigate the situation.

Radar’s ability to sense through solid materials makes it possible to detect an unattended child, monitor occupant status and estimate driver vital signs with greater accuracy than ever before.

In this technical article, I’ll explore three trends in the automotive in-cabin sensing market as more automakers shift their attention to radar sensors.

In order to comply with regulatory bodies such as the European New Car Assessment Program, automakers are turning to radar sensors to implement child presence detection features. But they’re finding that they don’t have to stop there.

In this video, you can see how a single radar sensor can detect and determine the position of all occupants inside a car, classify the occupants in rear seats as an adult or a child, and track occupant vital signs.

The capabilities of radar for in-cabin sensing continue to grow, increasing the accuracy of systems like seatbelt reminders and airbag deployment, and better serving the vehicle’s occupants. Heavy objects laid on a seat would no longer trigger seat-belt reminders. Airbags could deploy at different speeds when children are present in the car, reducing the risk of impact injuries.

A radar sensor can also accurately detect the drowsy state of the drive or the breath and heart rate of the occupants – information that the vehicle can then use to identify abnormalities. Once alerted, drivers could take appropriate actions like take a break from driving or pull over in the event of a medical issue.

Automotive Tier-1 manufacturers have explored different frequency bands of operation for radar in-cabin sensing applications. For example, 24-GHz radar sensors are not a good fit for these applications because their poor range and velocity resolution don’t provide accurate results. A large sensor size makes integration in a vehicle difficult. Finally, the ultra-wide band for 24 GHz won’t be usable for automotive applications beyond 2022 because of mandates from the Federal Communications Commission and the European Telecommunications Standards Institute.

To detect velocity and angular resolutions with greater accuracy, higher frequencies like 60 GHz or 77 GHz are the better option. Depending on the region, an in-cabin sensing application can use either 60- or 77-GHz sensors. A majority of regions are choosing 60-GHz sensors, although Tier-1 manufacturers should work with their region’s regulatory bodies for more clarification.

Texas Instruments offers a scalable radar portfolio with TI millimeter-wave (mmWave) sensors in both the 60-GHz (the AWR6843) and 77-GHz (the AWR1843) bands. These single-chip devices are pin-to-pin and software-compatible – features that benefit designers building sensors for deployment in different regions, as they can build a common printed circuit board (except for antenna re-centering) and develop algorithms and software that function on both platforms.

Trend No. 3: Scaling sensor architectures for use in vehicles of any size

A sensor’s integration inside the vehicle influences both its design (form factor, antenna) and its functionality. Because radar can pass through solid materials like plastic and fabric, automotive designers can place radar sensors in many different locations inside the vehicle.

When integrating the sensor under the roof headliner toward the center of a car with two rows, as depicted in Figure 1, a single radar sensor such as the AWR6843 can detect a child in a rearward-facing child seat or a child standing in the footwell, as well as detect and classify other occupants in the entire car. This is possible because of the on-chip processing and memory of the AWR6843 chipset. The integrated digital signal processor and microcontroller on the AWR6843 enable the implementation of complex algorithms and an Automotive Open System Architecture stack (AUTOSAR) for host communication. 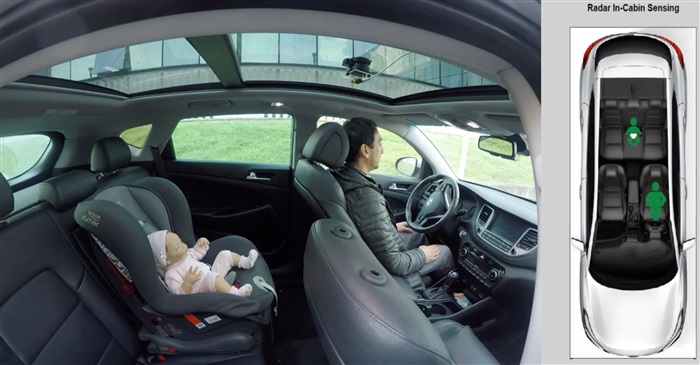 Figure 1: The detection and classification of occupants in two rows of a vehicle using TI radar (Source: Azcom Technology)

In bigger vehicles with three rows, two AWR6843 sensors could detect the occupants throughout. Since the AWR6843 has two Controller Area Network (CAN) with Flexible Data Rate interfaces, the two sensors can easily synchronize and communicate with the vehicle’s CAN network, thus making the solution scalable to cars of any size and any number of seats. 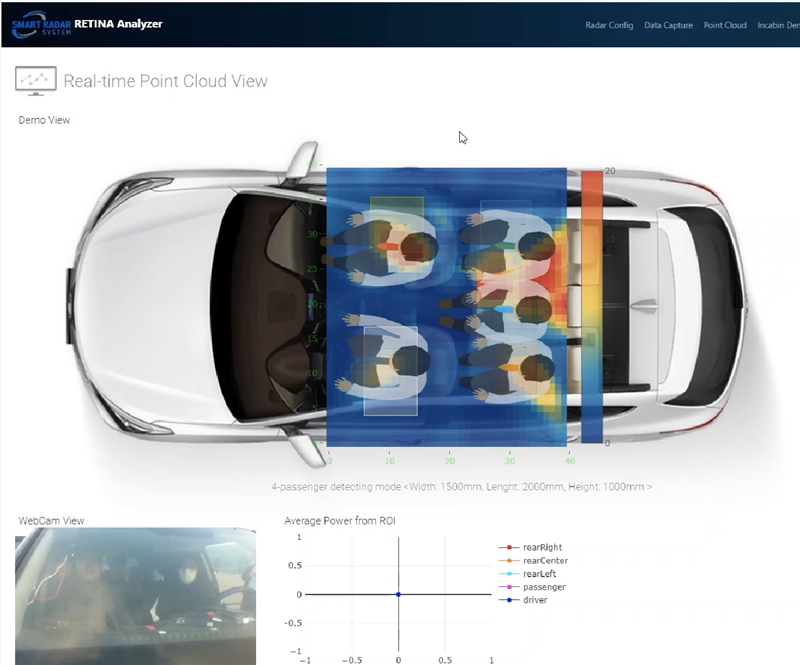 Sensors could be also placed in the overhead console or the B-pillar where the size of the sensor is a challenge. TI radar enable extremely small form factor sensors which helps in easy vehicle integration.

TI’s scalable portfolio of radar sensors includes single chips and imaging radar chipsets. With software that’s compatible across its devices, portability has never been easier, enabling you to get started designing your next in-cabin sensing system today.