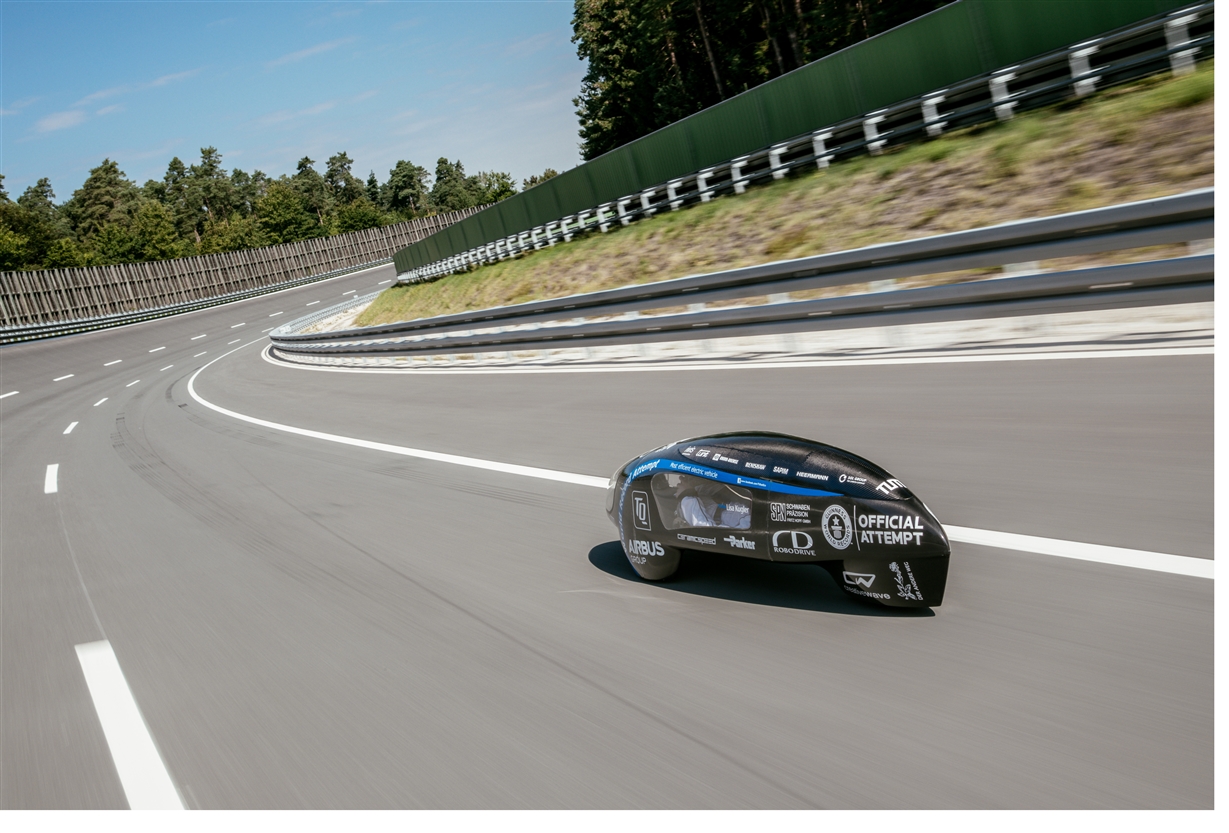 Imagine traveling around the world in your car on just one gallon of gasoline. It may not be as far-fetched as you first think! A group of students from the Munich Technical University (TUM) developed and built an electric vehicle (EV) – called the eLi14 – that sips very little gasoline. In doing so, they drove straight into the Guinness Book of World Records for the world’s most efficient electric vehicle, thanks in part to their use of TI technology.

During its record-breaking journey, the eLi14 consumed 81.16 Watt-hours per 100 km, the equivalent of one liter of high-octane gasoline per 10,956 km – or enough to travel around the world on one gallon of gasoline. The test took place at a car manufacturer’s test track in Bavaria, Germany. The previous world record was set in 2005 when a vehicle traveled the equivalent of 5385 km on one liter of gasoline, which means eLi14 is almost twice as efficient.

The eLi14 electric vehicle was built by the TUfast student initiative in 2014 and modified for the world record attempt in 2016. TUfast was set up in 2002 as an extracurricular activity at TUM where students could learn in a professional environment with the associated time and cost constraints. The students also received guidance from alumni and several companies active in the EV space.

Over the years, the students developed many vehicles and competed in events such as the Shell Eco-marathon; this testing helped them develop even more energy-efficient vehicles using optimized technology that could make it onto the road in the future.

For the world record attempt, the team modified their 2014 vehicle, the eLi14, by changing several design aspects to make it lighter and optimize the control electronics. “We realized extremely accurate motor control was crucial in delivering the right amount of energy to the motor at the right time,” explained Maximilian Amm from the TUfast team.

After several unsuccessful attempts with various processors, the TUfast team turned to TI’s C2000™ Piccolo™ microcontroller (MCU) family and the TMS320F28069 MCU-based controlCARD. One of the main advantages of this development kit is the isolated debug interface on the board, which allows live debugging on a running system. This helped the team with programming and testing the motor as they could fix things on-the-fly due to the precise real-time data they received from the controlCARD. 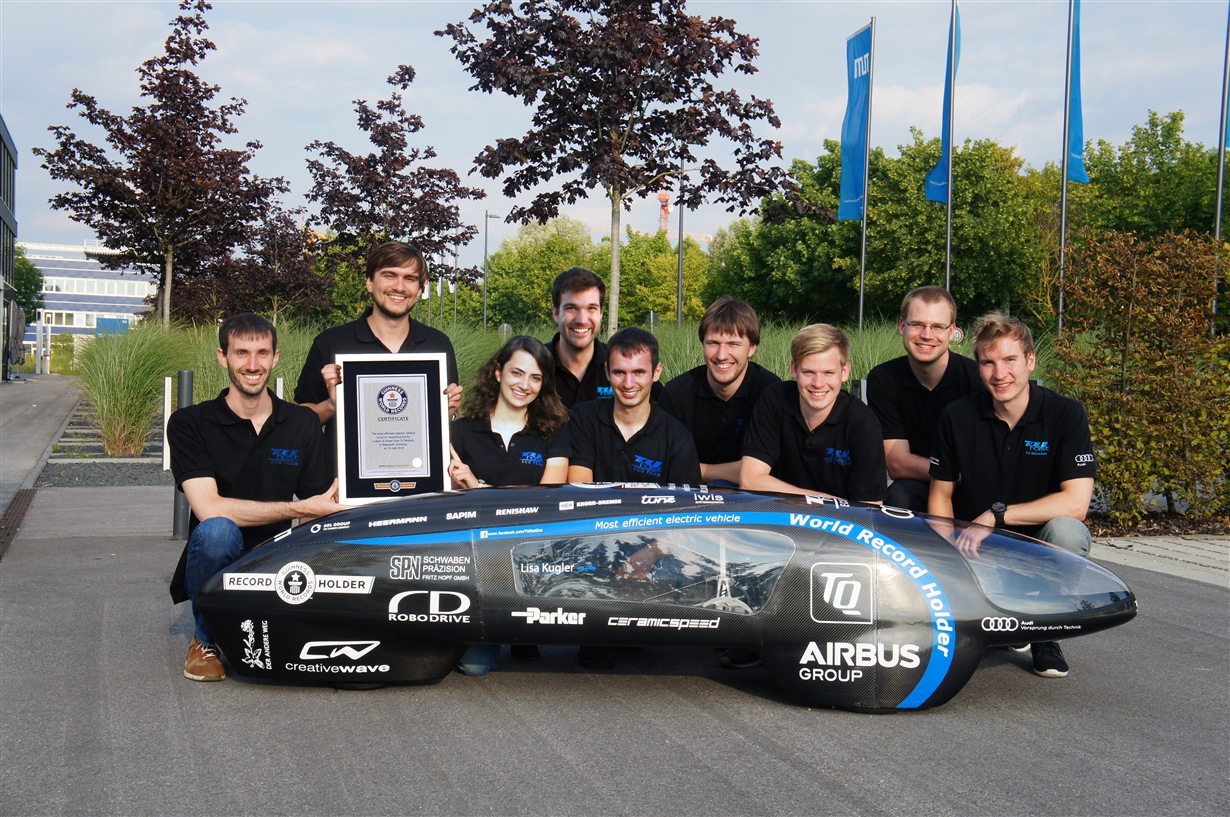 “The ability to debug while the system was running helped accelerate the building of the motor, while the thorough testing meant we knew the car was capable of achieving the record when it hit the track,” noted TUfast team member Martin Angerer.

The C2000 MCU also measures the application of energy from the brushless DC motor and precisely processes this data in real-time. This keeps the motor running at a constant torque while using the minimum amount of energy required.

The main factor in the motor achieving maximum torque with the lowest possible demand for energy was the processor’s extremely precise pulse width modulation (PWM) control and real-time computation. This allows it to handle highly complex regulation algorithms in real time, ensuring the optimum current for the motor at any given time.

Accurate calculations and precise control signals are not enough on their own, however. The C2000 MCU is also able to adapt transistor dead time (i.e. when none of them are working) in response to environmental condition variations, such as temperature, supply voltage and output power, to minimize energy loss. When it comes to breaking records, every joule counts.

The team’s focus for 2017 is to build a new car to participate in the Urban Concept category of the Shell Eco-marathon. Using the experience and knowledge the team gained over the years, and especially from the eLi14, they are planning to build an ultra-efficient car that is more suited to public roads than its record-breaking predecessor.

In the meantime, eLi14 has reached the end of the road and will now retire. However, it will be shown at various exhibitions and tradeshows, illustrating that great things are possible when a group of talented innovators share a vision and work together to make it a reality.

Read more about TI’s technology for electric and hybrid-electric vehicles: