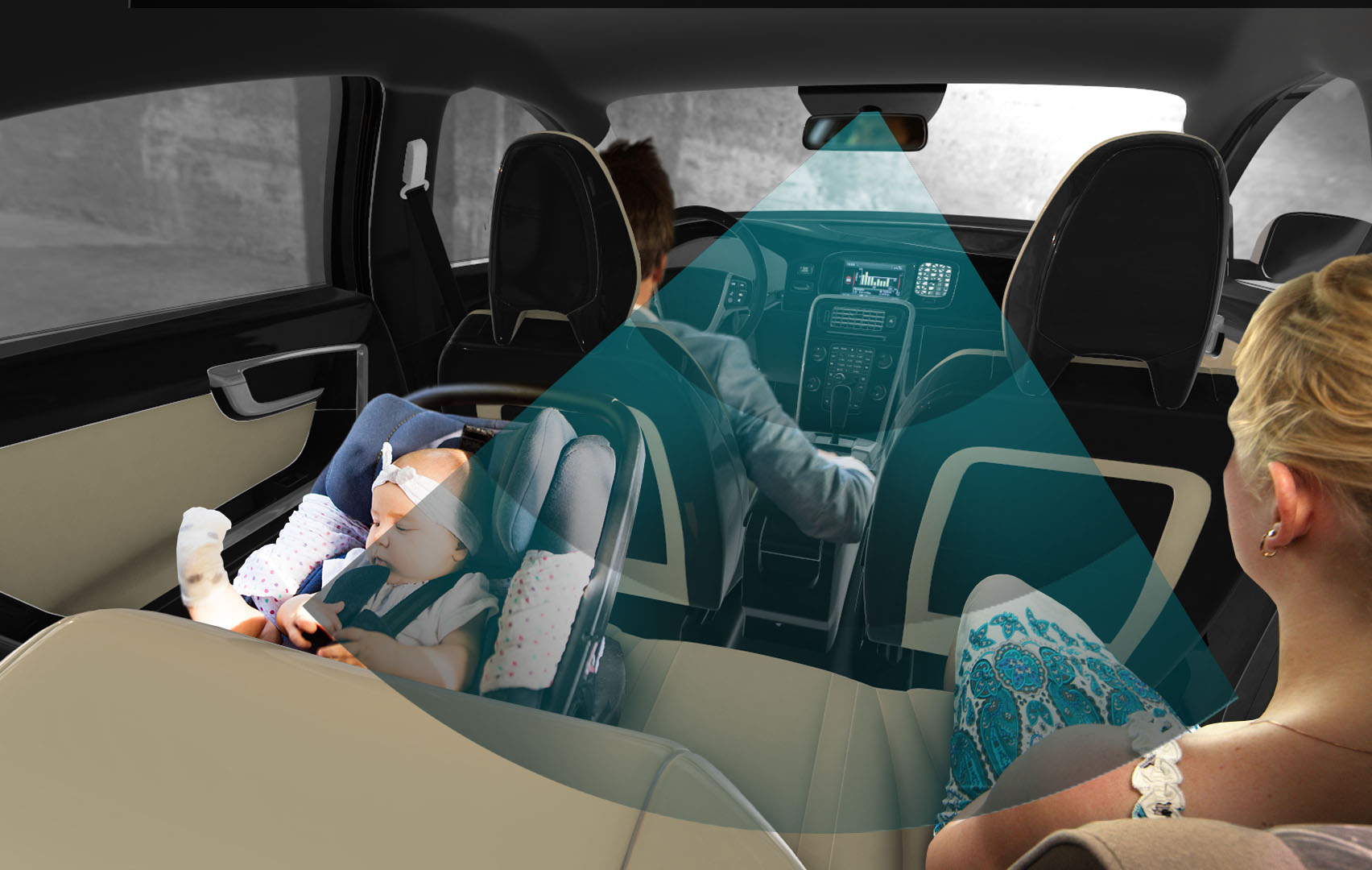 Technology companies are looking to expand into more intelligent and advanced sensing in vehicle interiors. Consumers want to see applications such as child presence detection, occupant detection, vital-sign monitoring and gesture recognition. The in-cabin space currently has various camera-based and time-of-flight solutions; however, most of these are limited to only one application per device. Designers must then include multiple devices in the system for more functionality, increasing system cost and power consumption.

Let’s explore the possibilities of these multimodal function combinations.

A camera-based solution might miss the ability to sense a baby in the back seat, especially when covered up by a blanket. Combining these functions is based on the state of the vehicle, where the sensor could be in gesture detection mode whenever the car is powered on, and switch to child presence or intruder detection mode when the vehicle is powered off. TI sensors are able to sense through various materials and can also sense heart and breathing rates.

For this function, the sensor is placed in the front dash space or behind the steering wheel; modes then change based on where the driver places their hand. It is possible to program gesture detection to begin whenever the driver’s hand enters a certain finite range bin; whenever the hand is not in this space, the sensor could focus on vital-sign detection.

There are a multitude of possible sensor placements, but the most common locations are:

TI’s AWR6843AOP sensor enables more functionality in automotive in-cabin systems to increase usability for consumers, covering applications such as gesture control, intruder and child presence detection, and vital-sign detection all with one sensor.