Whether you are moving the seat up and down, forward or backward, or adjusting lumbar support, motors make these maneuvers easy.  In addition to the advantage of ease of motion, highly-capable automotive power seats can have other advantages.  For example, it’s even possible for in-seat functions such as fans and heaters to extend vehicle range by reducing the power load on the whole-cabin temperature system.

Given the amount of options in an automotive power seat, manufacturers are looking for ways to drive multiple motors. Designers have traditionally used relays to switch power to motors, but relays are comprised of several tiny mechanical parts and have limited speed capabilities. These disadvantages, plus the noise that relays make every time they switch, make them unsuitable for pulse-width modulation (PWM), which is used to control motor speeds.

Relay-driven seats usually use only one relay for each motor, and the first IC designs followed that pattern. With only a few motors, the complexity penalty was tolerable. But combining the drive circuits for several motors in full-featured automotive seats offers significant benefits, including a reduction in the bill of materials and the smaller board space that results from a design approach using multi-axis integrated drivers.

TI offers multiple-motor automotive gate drivers designed for power seats. The DRV8714-Q1 and DRV8718-Q1 have four and eight channels, respectively, of half-bridge gate drivers. They integrate a charge pump, current-sense amplifiers and logic for multiple loads. One IC can control as many as seven different motors or a combination of motors and heaters, which reduces the number of necessary parts for a seat module.

Figure 1 shows the DRV8714-Q1 controlling three motors with shared half bridges. It is possible to operate any of the motors separately or run specific combinations simultaneously. You can select a metal-oxide semiconductor field-effect transistor (MOSFET) to best match the motor characteristics and adjust the registers of the DRV8714-Q1 to optimize performance. 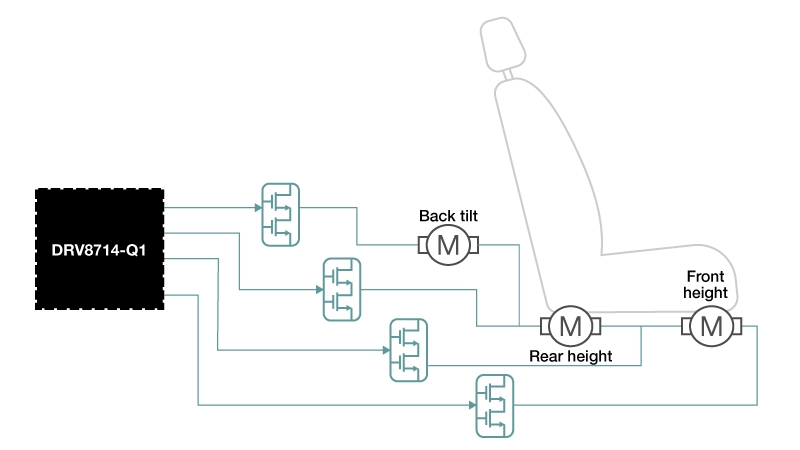 With as many as eight channels of half-bridge drivers, the flexibility of the DRV8718-Q1 enables the driving of bidirectional motors, unidirectional motors (such as fans) and nonmotor loads such as heaters using the correct number of MOSFETs, each of which is tailored for the specific load.

Figure 2 shows a DRV8718-Q1 controlling four seat motors, plus a fan and a heater. The fan (which rotates in one direction) needs only one half bridge, and the heater requires only a high-side MOSFET, resulting in a design that reduces the number of external transistors – all because of the flexibility of the multichannel gate driver. 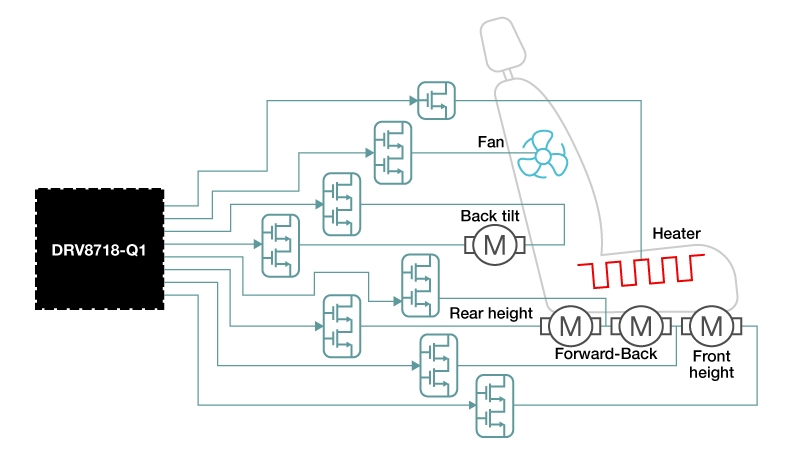 Figure 2: The DRV8718-Q1 automotive gate driver driving motors, a heater and a fan

With the flexibility to choose each external MOSFET to best fit the corresponding load, it becomes possible to improve thermal performance in high-current applications using low drain-to-source on-resistance MOSFETs. The DRV8718-Q1 family facilitates improved electromagnetic compatibility by adjusting the gate current to control transition slew rates. You can also adapt your seat module to a variety of motors by changing the MOSFETs without altering the overall design.

Another advantage of a single chip is that you can significantly reduce the signals to the microcontroller (MCU). With only four pins (using Serial Peripheral Interface [SPI]), the MCU can control as many as eight half bridges with a single DRV8718-Q1, or even more channels in a daisy-chain configuration, as shown in Figure 3. This control includes setting the parameters for each half bridge, independent or coordinated control of the transistors, and diagnostic monitoring. 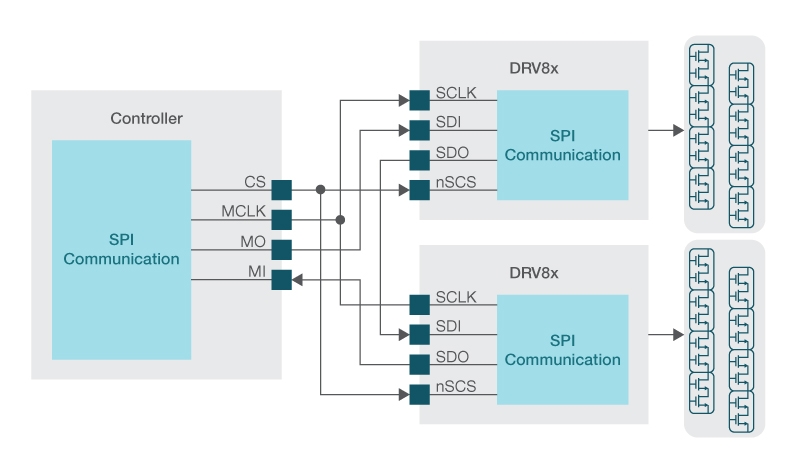 Figure 3: Controlling 16 half bridges using a daisy-chain configuration from the MCU to the DRV8718-Q1 automotive gate driver

Unified control reduces the MCU’s workload. With one command, the MCU can enable all of the drives; with one register read, the MCU can tell if any of the motors have fault conditions. Subsequent SPI reads can determine the faulted channel and details if needed.

Automotive power seats continue to offer greater comfort and convenience. Driving their motors, however, presents several design challenges. Multichannel gate drivers help solve these challenges by integrating many channels into a single chip, along with features such as diagnostics and current-sense amplifiers. DRV8718-Q1 multichannel gate drivers provide a flexible, compact solution to accommodate the latest features of automotive seating.