Designers must meet many electromagnetic compatibility (EMC) requirements for automotive applications, and choosing the right switching frequency (fsw) for the power supply is important to meet these requirements. Most designers select an fsw outside the medium-wave AM broadcast band – typically 400kHz or 2MHz, where electromagnetic interference (EMI) must be limited. The 2MHz option is desirable for many reasons, so in this post, I’ll provide some key considerations when trying to operate at 2MHz using TI’s new TPS54116-Q1 DDR memory power solution as an example. 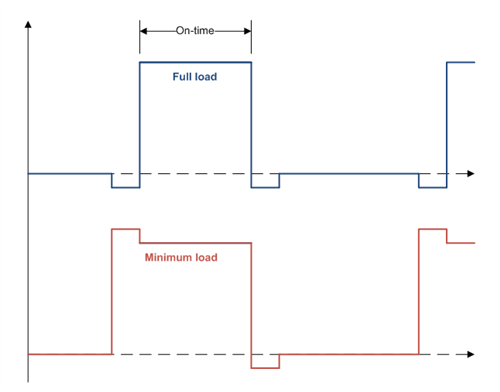 Figure 1: Pulse-width at full load vs. no load

In automotive applications where the power supply connects to a battery, the on-time must support conversion from a typical VIN range of 6V to 18V. Using equation 2 with an 18V maximum input and 20% conversion ratio, the minimum output voltage is 3.6V. When directly connected to the battery, large voltage spikes can occur (such as during load dump) that exceed this typical range. Depending on the requirements of the application, the converter may or may not be allowed to pulse-skip during input voltage spikes.

The third consideration when trying to operate at 2MHz is AC loss in the inductor. AC loss increases with fsw so it needs to be considered when choosing an inductor for 2MHz. Some inductors use a core material designed for lower AC losses to give better efficiency at higher frequencies. Most inductor vendors provide a tool to estimate AC loss in their inductors.

The two main losses in a converter related to fsw are switching loss in the high-side MOSFET and dead-time losses. Equation 3 is a basic estimate of these loses, which you can use to further analyze the effect of increased loss with higher fsw. For example, with a 5V input, 4A load, 3ns rise time, 2ns fall time, 0.7V body-diode drop and 20ns dead time, the estimated power loss is 325 mW at 2MHz and 65mW at 400kHz.

Extra power losses cause a higher operating junction temperature. Using equation 4 with RθJA = 35°C/W from the TPS54116-Q1EVM-830, the integrated circuit’s junction temperature will increase by only about 9°C. The thermal performance can vary with different PCB layouts.

Just because the data sheet has 2MHz on the front page does not mean that 2MHz is achievable across all operating conditions. Switching at 2MHz has its advantages and disadvantages, and there’s always a trade-off between the size of your DC/DC converter solutions and efficiency. Order the TPS54116-Q1EVM-830 evaluation module and start your 2MHz design in WEBENCH® Power Designer now.