From millivolts to miles: How the performance of battery-management ICs affects your car’s performance 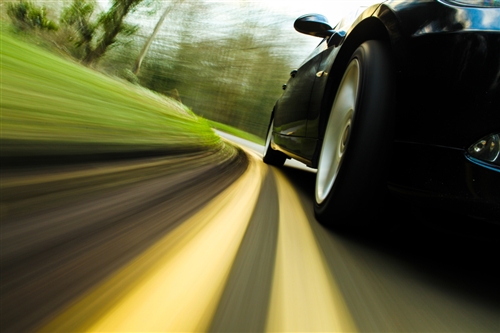 It’s no secret that I love electric cars. I’ve been driving a fully electric car for more than four years and 60,000 miles (almost 100,000 kilometers). I have many reasons for driving an electric car, but they all boil down to the fact that it’s an awesome car. It’s incredibly quiet; it accelerates like nobody’s business; I don’t need oil changes; and it takes me where I need to go with no trade-offs in speed or time for miles.

Batteries range from four cells in series (micro-hybrid cars), to 12-16 cells in series (mild hybrids) to 96 cells in series (electric and hybrid cars). There can be one to many cells in parallel depending on the specifications of the car. However, from an IC standpoint, the number of cells in series is the important point and there can be as many in parallel as necessary. Battery management systems (BMS) are the vital link between the driver, the car, and its battery. The BMS will contain electronics to monitor and a protector the battery. I often wonder how the performance of the battery management electronics, especially the power management ICs like at bq76PL455A-Q1, actually drives the performance of my car (pun intended). As the driver, at a very high level I want to know how far I can go and when the car will be done charging. I also want to know that all is well with my battery. I also love knowing that I can accelerate very quickly. Let’s see how the various specs of the IC can help deliver that. 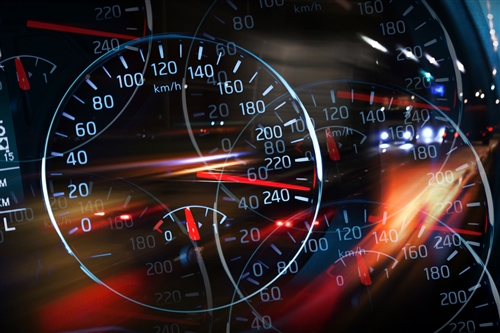 Range is another way of stating how much charge is left in the battery and is called state of charge (SoC). Anyone with a cellphone knows that batteries do not hold as much charge as they initially did. The maximum charge that a given battery can hold at any given time is called state of health (SoH). There are many ways to compute SoH and SoC (check out TI Impedance Track™ technology), but they all compute cell voltage, cell temperature and pack current.

Some lithium-ion chemistries like iron phosphate have very flat SoC curve (SoC versus cell voltage). A small error in cell voltage might lead you to a large error in your SoC estimation. 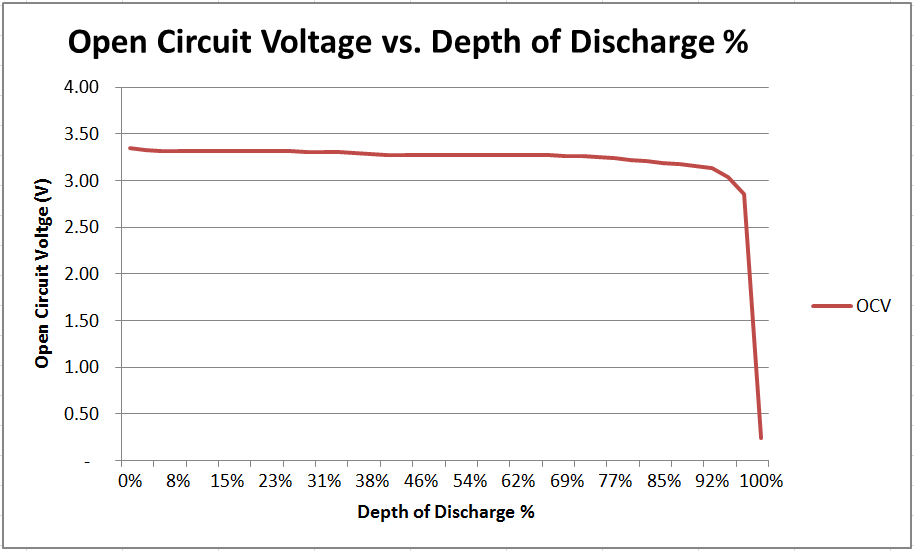 SoC curve of an LiFEPO4 cell

Monitoring entails taking voltage, current and temperature measurements. For instance, the bq76PL455A-Q1 can monitor cells with a typical accuracy of 0.75 mV. Note that I am talking about true accuracy: accuracy that includes all of the shifts due to reflow soldering and the first few thermal cycles. Sometimes, the data sheet specification can be very different from what you see at the board level. Acceleration is also tied to SoC, simply because as cell voltage goes down, so does the maximum power that the battery can put out. Too much current at any SoC, especially low SoC, can make a battery age too fast. 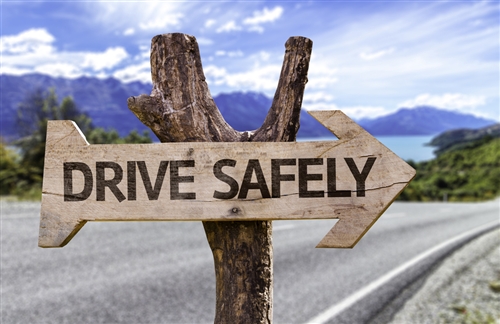 Batteries have been in cars for almost 150 years now, so automakers have your back there too. How do they do that? Well, cars stop charge and discharge at the right time. A BMS typically has a separate protector – a set of comparators that check the voltage of each cell and make sure that the cell voltages are in the right range. If either the monitor or protector detects a cell that is at the overvoltage threshold (or is experiencing an undervoltage), charging (or discharging) stops. If either the monitor or protector underreports voltage, the other one will still stop the charge (discharge).

In fact, while malfunctions happen very rarely, most automakers spend the majority of their time when developing a car thinking about safety. That’s why an IC has many self-diagnosing features and a monitor can help diagnose a large fraction of the system. For instance, the bq76PL455A-Q1 can check for open wire, has built-in self-tests to validate defined internal functions, and can help customers in many ways related to safety.

As much as I like electric cars, I do wish they were cheaper. Obviously, the battery is a big component of the car cost. The easiest way to reduce cost is to do more with less. In the battery world, this means to guardband less, which, in turn, means a more accurate monitor and protector. The protector is typically less accurate than the monitor, so it’s really the protector accuracy that drives the amount of guardbanding.

Active and passive cell balancing is another important feature. Without balancing, large batteries would become unusable pretty quickly. When the first cell is empty, discharging (driving) stops. When the first cell becomes full, charging stops. Without balancing, the first cell that gets empty and the first cell that becomes full drift apart; balancing reduces the difference in charge between these two cells. Passive balancing does a good job at this (in fact, you could take an unusable pack and balance it once to remove the effects of drift). Over time, however, cells also change capacity (how much charge they can hold) and the capacity spread becomes bigger over time.

There are other ways not apparent to drivers that allow carmakers to save money. First-generation systems typically used controller area network (CAN) ICs and isolators to communicate with the host controller. This is an expensive way of communicating. Newer ICs feature improved communications. Several bq76PL455A-Q1s can communicate in a daisy-chain configuration through their isolated differential Universal asynchronous receiver/transmitter (UART) without needing isolators. Inexpensive capacitors can help you achieve isolation.

The integration of monitor and protector and a higher number of cells monitored per IC help further reduce costs. The bq76PL455A-Q1 can monitor up to 16 cells and has an integrated protector, thereby considerably reducing system cost, especially for 48V mild hybrid systems where a single IC can replace up to four ICs (two 12-cell monitors and two 12-cell protectors).

I realize that I am biased, but when I drive my car, I am glad that I have the best in the industry in my battery pack. I am glad to drive toward a better future with better, more accurate battery management ICs in it.