How does the eCall system work? 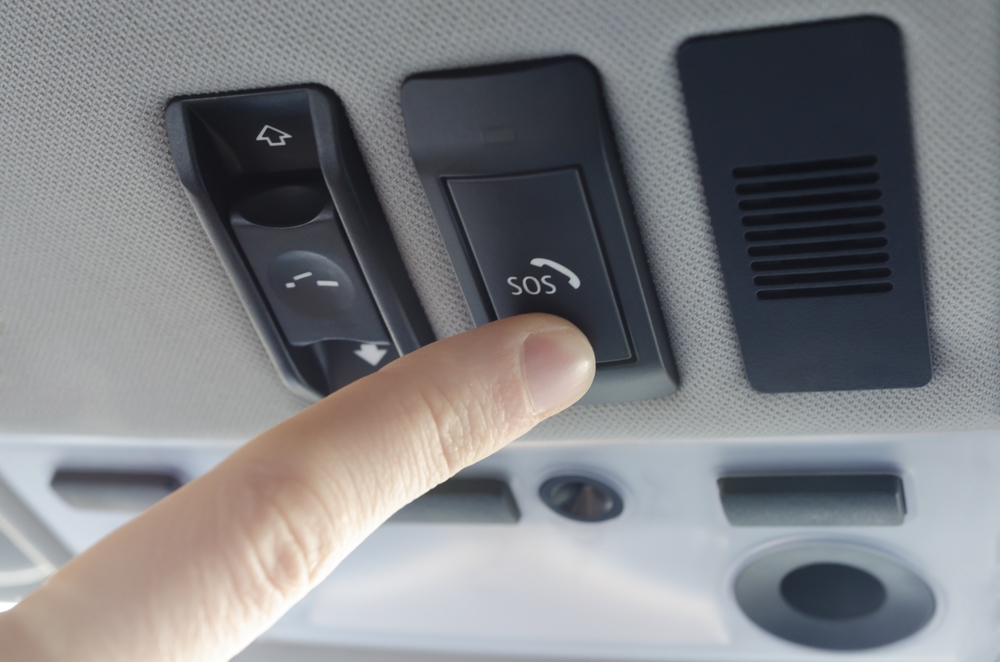 According to the European Commission, eCall will greatly diminish emergency-service response times as much as 50%; this faster response time will reduce the severity of injuries and save lives. When designing an eCall system, there are several things you need to take into consideration. In this blog post, I explore the audio function in eCall systems and at the end, I provide some advice for selecting amplifiers based on my experience. 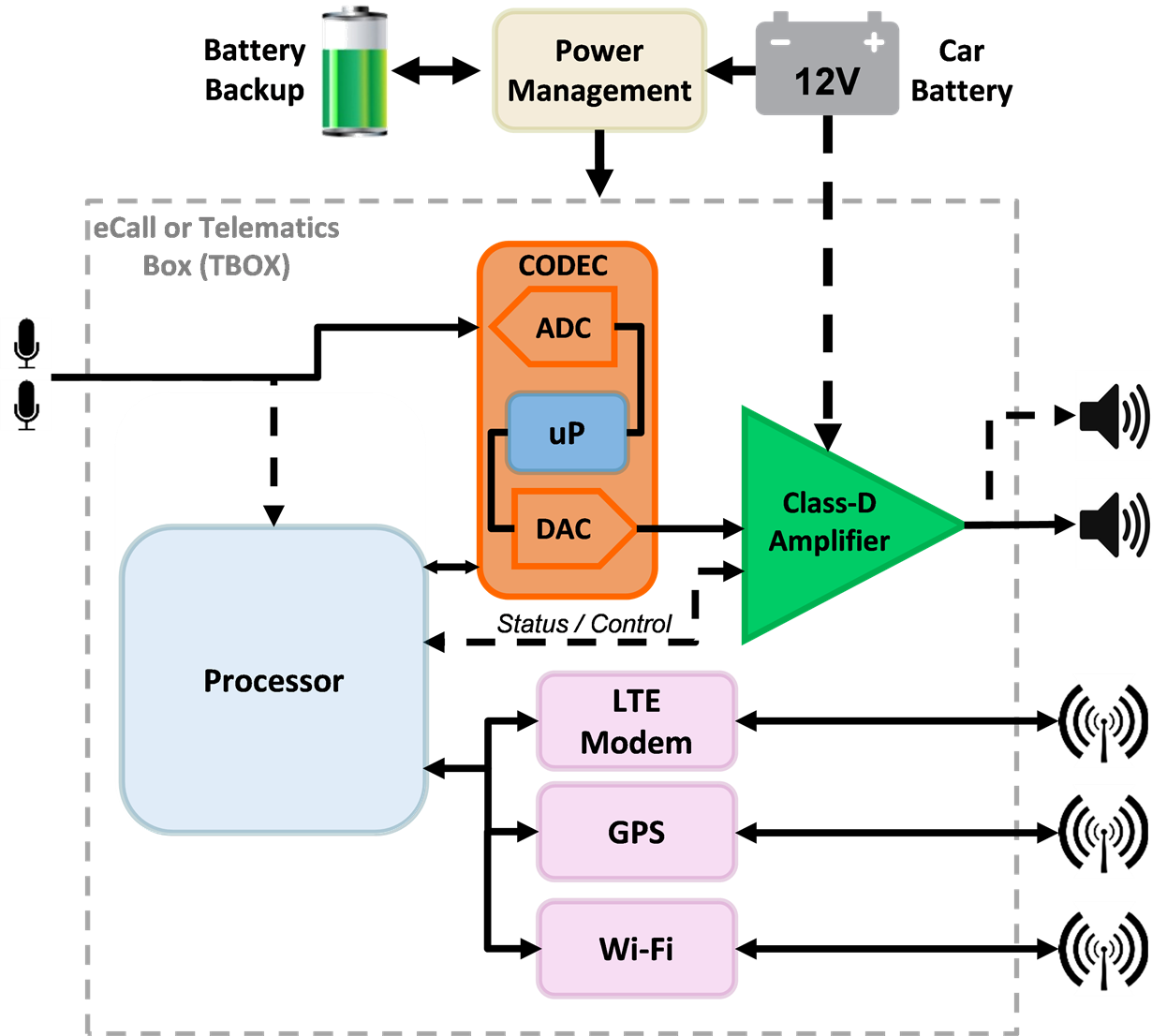 In Figure 1, you’ll notice that:

Automotive system designers have two alternatives when selecting the best audio amplifier for their automotive head-unit systems: Class-AB or Class-D.

Class-AB audio amplifiers are today’s standard in automotive audio. They are linear amplifiers that generate no electromagnetic interference (EMI) and do not require many external electronic components. They are highly inefficient, however, and require substantial passive or even active thermal management in the form of heat sinks and fans.

On the other hand, Class-D audio amplifiers are highly efficient switching amplifiers that need very little thermal management; however, they do require output inductors that are not exempt from EMI concerns.

The eCall system’s backup battery poses an interesting design challenge: how to keep costs down while adopting a needed (and potentially expensive) battery backup, which may comprise one or many individual cells with different battery chemistries.

As I stated above, Class-AB audio amplifiers do not generate EMI and do not require many external electronic components; as such, you would think they would be ideal for an eCall system.

But their very low efficiency means that, in an eCall system, the charge from the battery backup would be mostly wasted as heat. This low efficiency comes at a very high cost, as many eCall systems demand between 10-20 minutes of “talk time” between emergency services and the driver. A system that uses a Class-AB amplifier will require additional battery cells to fulfill this requirement.

Class-D amplifiers’ high efficiency makes them ideal for eCall systems; their high efficiency means that a very low-cell-count cell battery (even from a single battery cell if selecting the right chemistry) can power an eCall system. This reduces total system cost dramatically, as well as weight and size.

One question all eCall designers need to ask is if their system will still be functional after an accident.

A Class-D audio amplifier with integrated diagnostics communicates the results of these diagnostics to the processor.

Class-D amplifiers like the TAS5411-Q1 enable lower total system cost due to their high reliability and higher safety standards, as they integrate load diagnostics with I2C capabilities. The TAS5411-Q1 delivers 8W output power; in the event of an accident this helps to ensure that the emergency services operator will have communication with the driver.

If higher power is required, perhaps because the speaker is facing the dashboard and not the driver, then the TAS5421-Q1 is a good selection because it enables the same capabilities as the TAS5411-Q1, but delivers 22W of output power.

The TAS5720L is a good option for cost-sensitive applications.

Have you designed an eCall system? If so, what specifications were most important to you? Log in and leave a comment below.