The need for sequencing in automotive applications

Over 50 years ago, Moore’s law predicted an exponential increase in technological advancement; cars were never exempt from this. In just the last five years, we have seen advancements such as lane-keeping assist, early autonomous driving, and all manner of other safety and convenience features. The one thing all of these features have in common is that they need to be powered. The process of doing so is becoming more and more complex, as more sensors and more features are added.

One requirement of an increasingly complex power tree is the need to turn different rails on in a specific order, especially in relation to the processor. A simple way to accomplish this is to use a sequencer integrated circuit (IC), which is a single device that controls the order in which rails power on.

These processors, which run everything from advanced driver assistance systems (ADAS) to head-up displays (HUD), must have their power rails come up in the right order to prevent excessive in-rush current, latch-up conditions, inconsistent internal states and improper initialization. Going the other way issues such as corrupted memory, improperly biased diodes and other system damage can result if the power-supply rails shut down in the wrong order. Figure 1 is an example of the necessary power-up sequence of rails on a field-programmable gate array (FPGA). 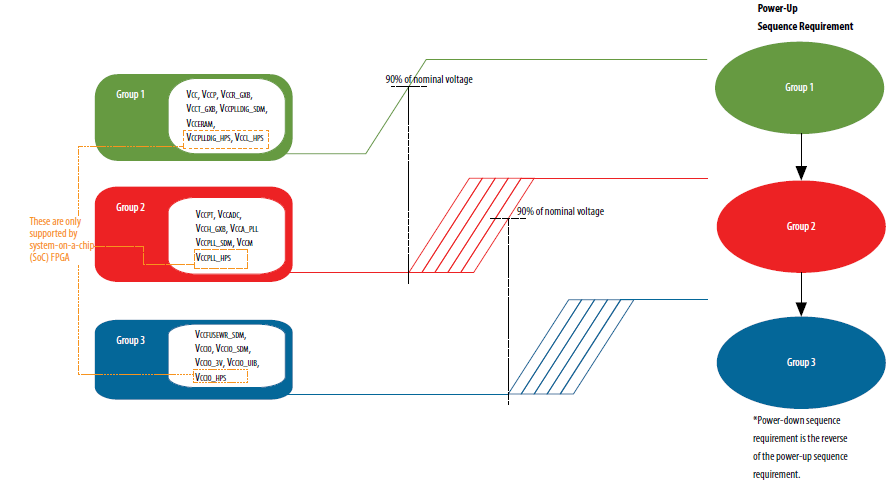 As I mentioned, you could implement this required power-up order with a sequencer IC, such as TI’s LM3880-Q1 and UCD9090-Q1; another popular method is a discrete solution. A typical discrete solution uses a resistor-capacitor (RC) network with some diodes to create a delay on the enable of each rail. The values of these components will create the desired order in which these rails will be enabled. Figure 2 shows an example of this implementation. 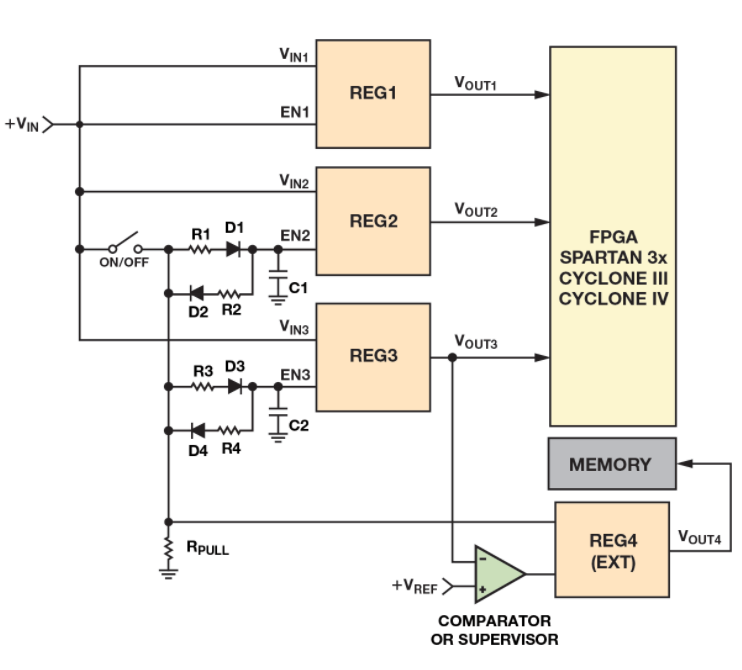 Compared to a sequencer IC, a discrete implementation is likely to be cheaper and use less board space; however, they also have several drawbacks. A discrete solution will provide only power-up sequencing, not power-down sequencing. Discrete solutions are also less precise than a dedicated sequencer IC, as discrete components must deal with the usual component tolerances as well as temperature variations.

A sequencer such as the LM3880-Q1 has almost no variation in delay between rails due to varying temperature conditions so often found in automotive applications. Sequencers are also easier to implement and design than discrete solutions. In fact, the LM3880-Q1 requires no external components and can replace over 10 discrete components in a three-rail system, leaving less opportunity for manufacturing discrepancies and errors. 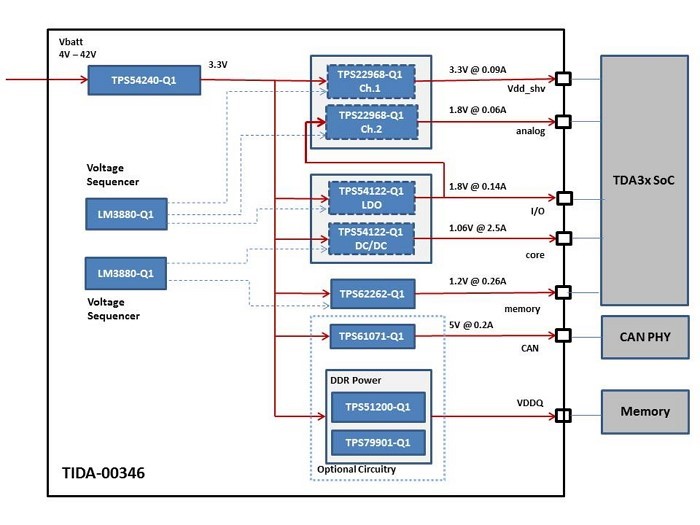 Figure 3: A power-supply solution for a processor-based ADAS

All of these drawbacks mean that a discrete solution for sequencing is more likely to lead to accidental damage to your processor or even just increased stress, leading to a decrease in its lifespan. When considering the difficulty of repairing or replacing electronic systems in vehicles, this directly relates to the vehicle’s lifespan.

Altogether, a sequencer IC solution is going to be more reliable, more effective and easier to implement than a discrete sequencing solution. In automotive applications this is crucial, as these systems require reliable, efficient, long-lasting solutions. Learn more about TI’s ADAS and hybrid/electric powertrain systems.