Understanding flap actuators and what drives them in automotive HVAC systems

Whether it’s hot or cold outside, passengers inside a car are comfortable thanks to automotive heating and cooling systems. These heating, ventilation and air conditioning (HVAC) systems vary in complexity and level of automation depending on the vehicle class. While an economy car requires that a driver manually turn knobs to control the temperature, a higher-end vehicle uses sensors to automatically control not only the temperature but also the humidity and quality of air inside the cabin.

Regardless of vehicle class, an automotive HVAC system is all about moving the air from here to there. It conditions the air as well, modifying its temperature, humidity and quality while moving it.

Let’s look at simply moving the air for a second. The air could be drawn into the system from outside or inside the cabin. It could also be routed inside the HVAC system through the evaporator or heat exchanger for conditioning; that conditioned air is distributed throughout the cabin, whether it is to keep passengers’ feet warm or prevent the windshield from fogging.

The number of ways that the air can flow is remarkable: from outside to the evaporator to the windshield, or from inside to the heat exchanger to the vent in the footwell. So how does an HVAC system control which way the air goes?

Figure 1 is a side view of an HVAC system. Numbers mark the key components, while arrows show the direction of air distribution. Components 4 through 8 in Figure 1 show the flap actuators. The orange dotted lines represent the area where the flaps are moving, and the solid orange lines represent the flaps. The number of flap actuators in an HVAC system depends on the overall complexity of the system – if it has single or multiple-zone HVACs. 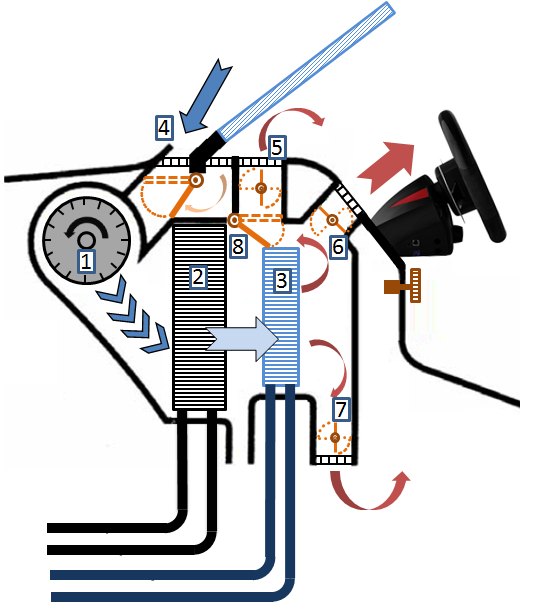 The air flows in an HVAC system through ducts or pipes; a flap is used to open or close, either fully or partially, certain portions of the duct in order to control which way the air goes. A flap actuator, also called a damper, is simply an electrical machine that moves the flap.

There are three types of flap actuators in an automotive HVAC system:

What electrical machine moves the flap? Just as there are choices for controlling the flow of air, automakers have choices for the electrical machines that move the flaps. Potential choices include brushed DC motors with potentiometers to sense the position of the flap, three-phase brushless DC (BLDC) motors that use back electromotive force (back EMF) to measure positions or stepper motors that count the number of steps to measure the positions. These DC motors drive the flap through gears of varying sizes.

Having chosen the motor, HVAC systems engineers also have a choice of architectures for driving the motor. As I’ve mentioned, flap actuators can be controlled locally or remotely. The motor driver, electronics, and motor location are in a single housing when using local motor control. Communication protocols, such as Local Interconnect Network (LIN), command the electronics to drive the flap to a particular position. For remote control, the electronics that control the motor are located on the HVAC control unit (Figures 2 and 3), which is away from the flap actuator. Communication between the motor driver and the microcontroller on an HVAC control unit could be realized with a serial peripheral interface (SPI) (Figure 4) or more straightforward with a parallel digital control interface (Figure 5). Texas Instruments’ DRV8912-Q1 is an example of a device that interfaces with the microcontroller via SPI and can drive the flap actuator. 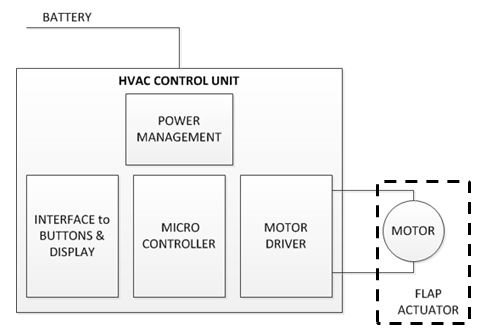 Figure 4: A microcontroller communicating with the motor driver using SPI

The driver electronics used to drive a flap using a brushed DC motor is simple and found across multiple system configurations. If you choose to use brushed DC motors for moving the flaps, using a motor driver that directly drives the flap motor has a clear advantage – it is simpler in both hardware and software.