These and other topics have been covered during this year’s 10th International Symposium on Emerging and Industrial DLP Technology Applications.

The annual DLP symposium is an established platform for developers and engineers to come together and share knowledge on innovative advanced light control solutions and explore new markets such as industrial, medical, telecom and security.

DLP symposium was founded by Alfred Jacobsen, managing director and owner of Opsys Project Consulting in 2006 with the support of TI DLP Products and various European design houses. His observation was that there was plethora of events focusing on certain niche applications but not an event dedicated to DLP technology, although there was a demand from developers and engineers. Over the years, DLP symposium has become a major meeting and networking platform focusing on both applications and technology. It has evolved to include more hands-on training sessions and practical examples to take away. Today, the event is attended by a mix of established industry companies as well as new joiners.

The 2015 edition was held in Mainz (Frankfurt), Germany on October 7-8 and gathered over 120 TI DLP customers and partners to learn about the opportunities available with DLP technology. Interestingly, about 20 percent of attendees ventured from outside of Europe to the conference.

During the application sessions we analysed benefits of DLP technology when used in various practical implementations. From 3D printing and 3D machine vision, to lithography, thermography, and  spectroscopy and display applications, attendees saw first-hand just how flexible DLP technology can be for developers. 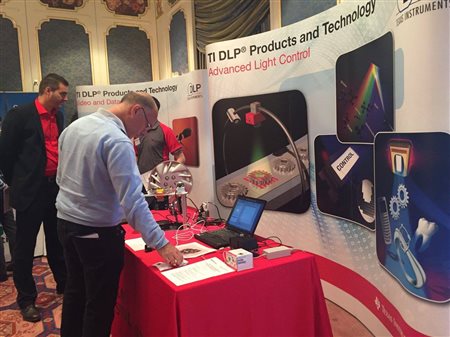 During the technical sessions, experts from TI and various partners delved deep into technical aspects of product development. They explained how to use the DLP technology to its fullest potential and, as a result, reduce design cycle time.

One of the highlights of the event was the announcement of the new DLP9000X chipset – the highest speed and resolution chipset in the DLP Products portfolio, specially designed for 3D printing, 3D machine vision and lithography applications. With this new chipset, developers can innovate with more than 4 million micromirrors to enable high throughput digital imaging applications.

But, perhaps the most exciting demonstration for attendees was the next generation automotive head-up display application, which drew the majority of attendees. 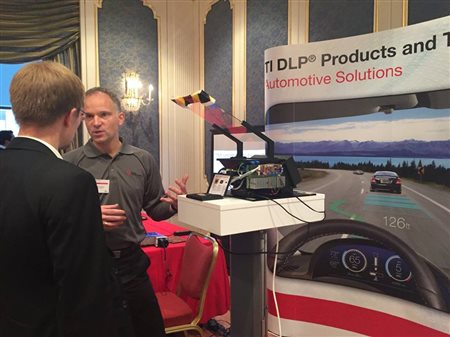 Thank you to everyone who joined us for the 10th DLP symposium and helped make the event a big success! Please visit the TI Europe Facebook page for more photos from the event.