But not all 4K projection technologies actually deliver the 8 million pixels of 4K UHD specified in the CTA “Television Technology Consumer Definitions.” One way to verify true UHD is to confirm that the UHD acronym appears in the specification of the technology you plan to use.

4K UHD content can enhance displays in a variety of applications. In workplace settings, seeing the detail in a spreadsheet projected during a meeting is important. In schools, every child in the classroom should be able to read the instructional material. Pro audiovisual (AV) applications such as museums and theme parks benefit from large screens with sharp, immersive detail. Applications such as warping and mapping in large venues require vast amounts of detail to paint perspective 3D facades on buildings, as seen in Figure 1. 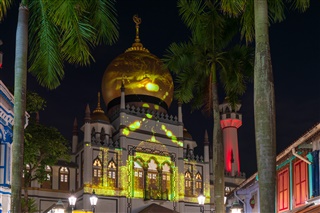 Figure 1: Warp and map example on a large building

The applications for 4K UHD projection display technology extend to areas such as digital signage, laser TVs and mobile smart TVs. Digital signage enables businesses or organizations to convey real-time information in a public setting, such as in a restaurant or on a billboard.

A laser TV is a 4K UHD ultra-short throw-projection display that displays on-demand video content in ambient light conditions such as living rooms, as shown in Figure 2. Consumers can place the product on the floor or on a shelf and project a 100-inch or larger display, either onto a special ambient-light projection screen or just a wall. Laser TVs with DLP® technology imagers can help maximize the immersive detail within the content of a 4K UHD display. 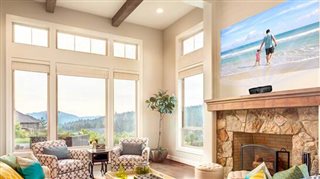 Figure 2: A laser TV can change the home viewing experience

With so many pixels on a display, it can be challenging to choose a display technology that fully showcases the detail, depth and immersive realism of 4K UHD. There are three critical elements of DLP technology that help make a great 4K UHD projection display:

Pushing the boundaries of 4K UHD

TI’s DLP471TP, DLP471TE, DLP650TE  and DLP780TE devices display four pixels on the screen per micromirror. The wide range of lumen capabilities – as high as 8,000 lumens – enables designers to develop systems that leverage the devices’ high brightness capabilities and small form factors. These 4K UHD chipsets are powered by DLPC6540 or DLPC7540 controllers, which include features to help ensure easy setup for screenless TVs and pro AV projectors. An example of using warping to set up a laser TV can we seen in the image below.

As 4K technology becomes the standard in homes and businesses, it’s important to be ready as more content transitions to 4K. DLP technology for true 4K UHD delivers clear, crisp and precise images with advanced image-processing algorithms. True 4K UHD can help bring 4K content to life and make it easier to for consumers to see, read and be entertained.