The pioneering work that led to the DMD

I started working at Texas Instruments in the late-1980s, a time after Dr. Larry Hornbeck invented the digital micromirror device (DMD) in 1987. The overall development of microelectromechanical systems (MEMS) upon which DLP® chips are based was still in its infancy.

With MEMS as a framework, the broad array of DLP technology applications that we see today – everything from advanced light control, to portable projection displays and  automotive solutions – had not yet even been considered. 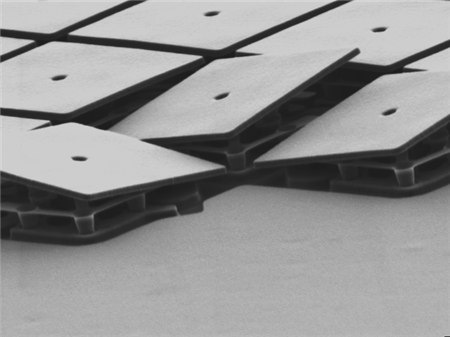 The origins of the DMD

I joined the photonics division, what would later become the DLP Products business, at TI with a Ph.D. in chemistry.

We were tasked with developing a MEMS device that could steer photons. It was this endeavor, based on the tireless research and development of multiple, distinct scientific and engineering disciplines, that ultimately led to the development of the first DMD in 1987.  For example, one major challenge we had at that time was developing the process chemistry to cleanly remove the sacrificial layer without impacting the micromirror in the process.

The micromirror design we worked on at that time was very simple.  It consisted of 840 micromirrors and two hinges that connected to the micromirror itself.  The micromirror had 4 access holes to allow for sacrificial layer removal.  To say the least, this micromirror was not as optically efficient as the DMDs we use today. 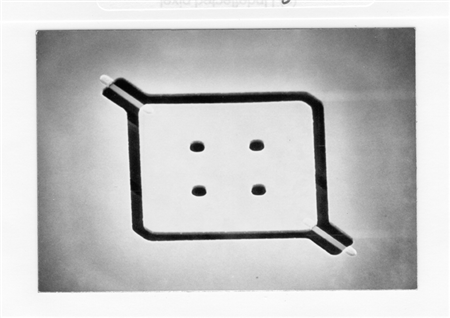 The role of MEMS today

Fast forward three decades. Today our DLP chips are used in an ever-expanding variety of applications, from movie theaters to hand-held spectrometers and even in automotive head-up displays (HUD). Our chips can handle a broad spectrum of electromagnetic wavelengths, from ultraviolet (UV) to near-infrared (NIR) light.  Although the MEMS design has evolved over the years, the robustness of the core architecture continues to be an effective solution that allows engineers the flexibility to steer photons and display light.

I believe the reason for the DMD’s success echoes a larger shift in electronics, from macro-scale mechanical elements like switches and relays, to solid-state devices. What’s happening today, however, is the realization that certain functions are still best performed by mechanical devices.

Consider this: While solid-state solutions struggle to detect environmental inputs like motion, pressure, sound and chemical sensing, MEMS solutions, like a DMD, really shines. That’s because MEMS combine the best of macromechanical solutions and solid-state technology in a smaller, lower cost and high performance form factor.  A non-DMD example would be the integration of a MEMS device, such as a Silicon MEMS microphone and its associated electronics, which provide a robust and reliable solution for consumer electronics compared to its macro-counterpart.

What’s next for MEMS?

When I first began working on DLP technology, our biggest challenge was delivering hundreds of thousands of tiny mirrors that operated collectively to enable digital projection.

Today, I don’t think there is much arguing with our reliability. Many of our original DMDs have been running continuously for more than two decades.

We’re now focused on delivering DLP chips with a variety of performance characteristics, such as faster switching speeds, to enable diverse end equipment.

The co-location of our design, product and process teams allows for fast development cycles as we continue to improve our products.

MEMS technology, like our DLP technology, is poised to find more uses than ever before. From intelligent smart home displays to next-generation augmented reality, the work from TI, our partners and customers are already a shining example of innovation.