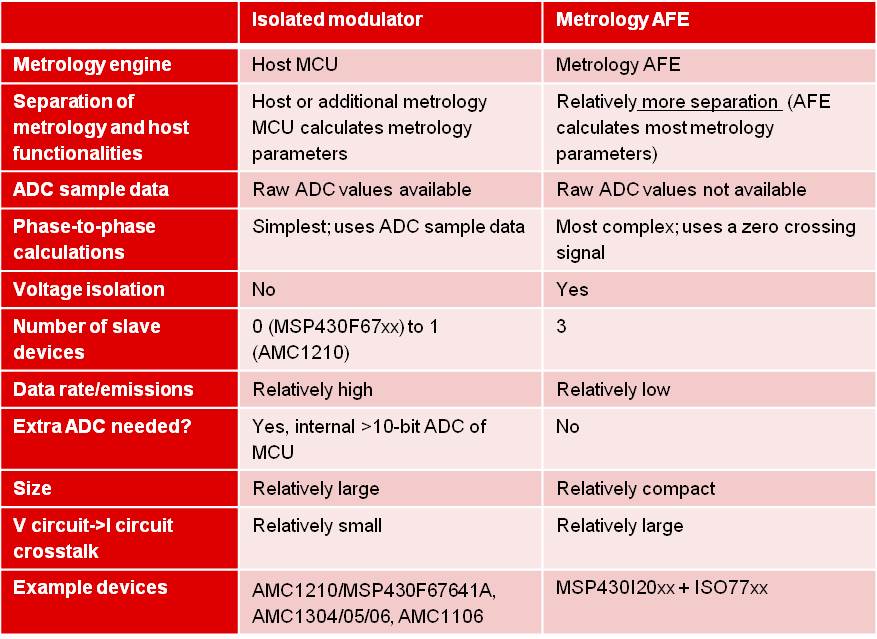 One disadvantage of this, however, is that since there isn’t one device with access to all of the raw analog-to-digital converter (ADC) data of the different phases, phase-to-phase calculations (such as determining the angle between different phase voltages) and advanced metrology analysis are more difficult with the isolated metrology AFE architecture compared to the isolated modulator architecture.

Interfacing to host MCU
An advantage of isolated modulator devices is that you do not have multiple devices sharing the same communication interface to the host MCU. If you’re using the AMC1210 stand-alone filter, then you only need to communicate to one AMC1210 device to get the current samples for as many as four channels. If you select an MCU with a digital filter, you can obtain the current ADC values directly from registers.

In comparison, when using the isolated metrology AFE architecture, you need to be able to share one universal asynchronous receiver transmitter (UART) receiver port of the host with three metrology AFEs, as shown in Figure 1.