Engineering magic: Touch through thick glass with LEDs and LCD

Not impressed with the magic trick revealed in the previous post? Then check out this one: We kept working on our touch-through-glass application and managed to improve it. Using an MSP430™ microcontroller (MCU) with CapTIvate™ technology (the MSP430FR2633), we were able to control light-emitting diodes (LEDs) and a liquid crystal display (LCD) upon button presses, beyond just sensing the buttons as we did with the Low-Power Touch Through Glass Reference Design (TIDA-00343). Figure 1 is a block diagram of the Touch Through Glass with LCD Reference Design (TIDA-00494). 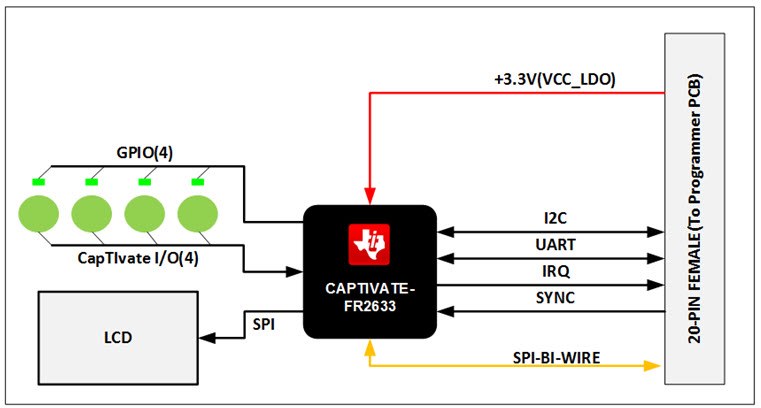 If you’ll recall from my previous post, process plant operators need to interact daily with a keypad for programming functions. The keypad is encapsulated in an explosive-proof screw-on metallic enclosure with thick glass windows, with local readouts through an LCD (see Figure 2). 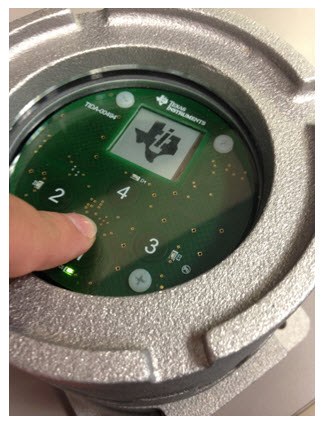 Factory automation and process control designers struggle to find ways for operators to interact with these explosion-proof field transmitters without having to open the enclosures, which can be time-consuming.

Let’s think about already existing technologies that could solve this issue:

Capacitive technology solves these problems; in addition, the number of buttons does not affect the cost of the application, since adding buttons means adding only extra copper to the PCB.

We have proved the robustness of CapTIvate™ technology by performing many tests, including touch with bare fingers and touch with gloves. We have also tried to recreate false-touch situations. In each test, we took 1,000 samples while pressing a button and 1,000 samples without performing any action. Then we calculated the mean and standard deviation of each event to estimate the signal-to-noise ratio (SNR) and crosstalk among the buttons.

Capacitive technology has its own limitations (which I mentioned in my previous post) related to the air gap needed between the glass and the PCB, which should be as small as possible.

The reference design can detect a touch event with or without gloves, even though the electrode board has an air gap of as much as 2mm from the 10mm-thick glass and gives feedback through LEDs and an LCD with only one chip.