Figure 1 shows the main components within an industrial Ethernet field device that exchanges process data with a PLC and other field devices. Two Ethernet ports support a line or ring Ethernet topology, meaning that the Ethernet cables connect a PLC to a line of field devices without an Ethernet switch.

From the RJ45 connector, the Medium Dependent Interface (MDI) connects to magnetics that provide an isolation barrier to other devices before the Ethernet frame enters the Ethernet physical layer (PHY) transceiver.

The PHY plays an important role in industrial Ethernet – as important as the media access controller (MAC). Depending on the MDI, the PHY has to support copper media with different pairs (one pair for T1 single-pair Ethernet, two pairs for 100-Mbps Ethernet or four pairs for 1,000-Mbps Ethernet). Some industrial Ethernet networks also support fiber, which is more resilient against electromagnetic compatibility (EMC) and electromagnetic interference disturbances in challenging industrial environments.

Because each industrial Ethernet protocol has a unique way of handling the industrial Ethernet frame when extracting and inserting process data, the MAC processing method must be changed for each protocol. An application-specific integrated circuit solution such as a MAC is typically fixed to a single protocol and does not have multiprotocol capability. A multiprotocol-capable MAC must support various methods of Ethernet frame processing, such as on the fly, cut-through, frame preemption, and store and forward.

The CPU performs various tasks. Each industrial Ethernet protocol requires a software stack that interacts with the MAC in order to exchange process data. A field device uses this process data for controlling digital inputs and outputs or controlling the speed and rotation of a servo drive.

When the system contains multiple CPUs, it is common practice to split the workload where the industrial Ethernet stack runs on its own CPU and the industrial application operates on a different CPU.

It is possible to run different kinds of operating systems (OSs) on the CPU cores – a high-level OS (HLOS) such as Linux or real-time Linux, or a real-time OS (RTOS) such as Free-RTOS or no-OS.

The Sitaraprocessor family supports a programmable MAC with its integrated PRU-ICSS peripheral. The PRU loads at run time with firmware from one of the industrial Ethernet protocols. The Sitara AM6442 as seen in Figure 2, AM2434 and AM2434 support 1,000-Mbps protocols such as TSN. The PRU-ICSS also operates as a standard Ethernet MAC and two-port Ethernet switch. 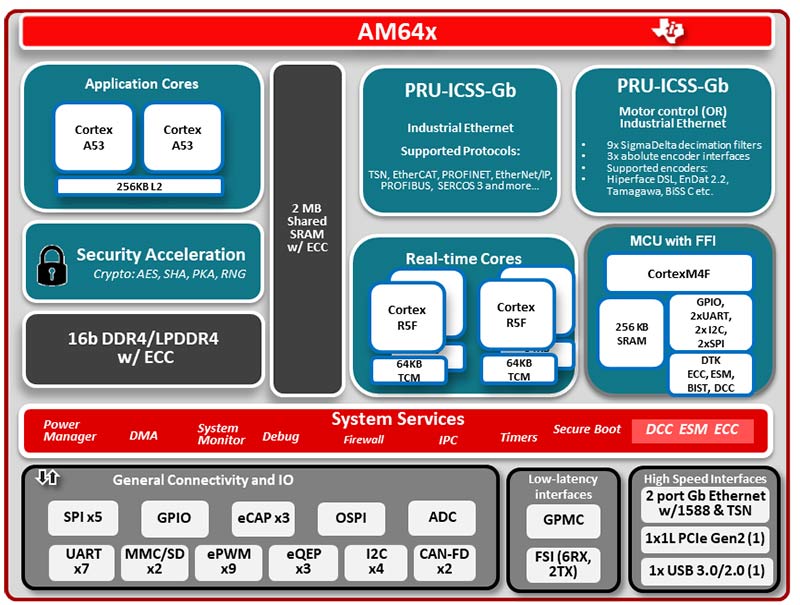 Figure 2: The Sitara AM6442 processor solution with PRU-ICSS for multiprotocol industrial Ethernet support

As seen in Figure 3, the Sitara processor family has multiple Arm® Cortex®-A53 cores for HLOSs, Arm Cortex-R5F cores for RTOS or bare-metal applications, and PRU-ICSS for the industrial Ethernet MAC.

Figure 3: Multicore processing with an RTOS, HLOS and firmware

The integration of a programmable MAC approach supports different frame-handling methods required for multiprotocol industrial Ethernet, with the application processor on a single chip. Fast process data exchange between the processor and MAC is possible through the high-speed internal memory interface, and the family offers scalable processor cores.