Designers are constantly challenged with increasing the performance of their processors in order to keep up with the complexity and features they want to add in their systems. That challenge of increasing performance can also cause a higher price tag for the processor. TI’s C2000™ microcontrollers (MCUs) creatively solve this problem by not only offering a cost-optimized solution, but by also adding hardware accelerators which are architected to decrease the latency of control loop and math calculations while increasing the bandwidth of the processor.

C2000 MCUs feature four different accelerators, each with specific purpose to help designers boost the performance of their digital control design. These accelerators are:

These accelerators bring distinct boosts to industrial control applications, for example, using the FPU over a traditional fixed-point MCU can result in a 2.5 times performance improvement in math calculations. The TMU accelerator greatly improves the performance of control algorithms such as a park and inverse park transform, space vector generation, and FFT magnitude and phase calculations. For example, designers implementing a park transform can expect to see about a 6 times the improvement over the CPU without the TMU. The VCU also reduces the execution time of functions used in common PLC standards such as PRIME and G3 and also complex math and CRC calculations. For instance, a Viterbi butterfly algorithm performs 7 times faster when executed on the VCU instead of being implemented in-software on the C28x CPU. The CLA can effectively double the overall system throughput of the MCU since it is a completely independent 32-bit floating-point co-processor that runs concurrently with the CPU. It is optimized for time-critical math intensive calculations, and it dramatically minimizes latency by having direct access to the control peripherals. 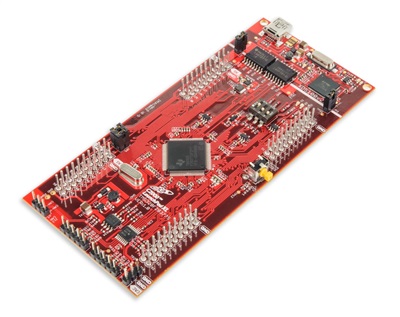