Imagine a robot arm bending and turning, each of its axes equipped with beautifully precise motor drives, sensors and perhaps machine vision – a symphony of movement. But if the conductor wasn’t there to tell each part of the system how and when to perform its role, that robot arm could devolve into a cacophony of clashing and grinding metal.

What’s driving the push toward big data in automation
COVID-19 demonstrated that factory operation without human intervention is highly coveted. The collection and appropriate distribution of big data (defined by the Oxford Dictionary as extremely large data sets that may be analyzed computationally to reveal patterns, trends and associations, especially relating to human behavior and interactions) enables digital twinning, metering, service charges and predictive maintenance. For example, having big data available allows for the monitoring of a robot arm’s performance and system health alongside data rates, temperature, moisture, vibration, etc., enabling the development of models (digital twins) that will be able to predict future performance and health based on AI, which uses big data to learn. To take advantage of these benefits, it’s necessary to converge information technology (IT) and operational technology (OT), and so support the Internet Protocol (IP) all the way to the edge of an RTC system. Logically, this is known as the convergence of IT and OT. 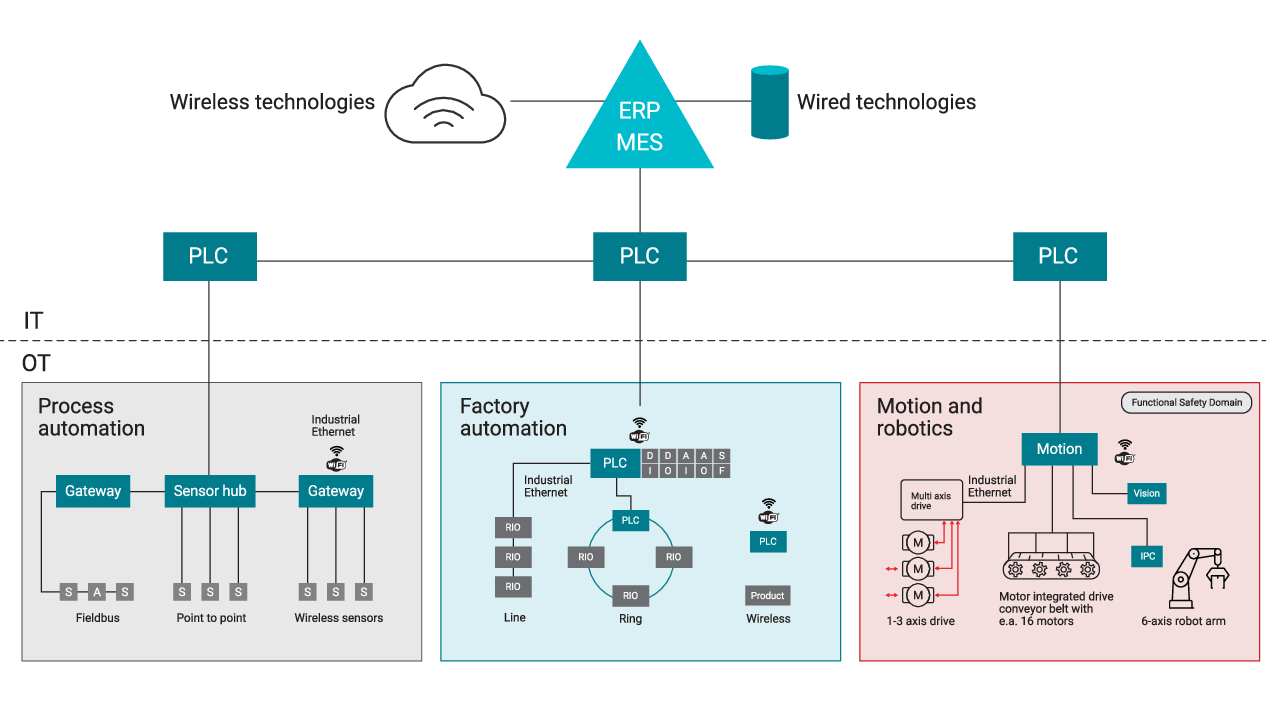 Industrial communications implementations are starting to change. Single-pair Ethernet (SPE) can maintain existing two-wire system architectures while also supporting the faster speeds and benefits of industrial Ethernet. Advanced in situ diagnostics support both distributed and centralized monitoring and actions. And of course, SPE is able to reuse the existing two-wire infrastructure established by multiple existing fieldbuses, simplifying and minimizing the cost of convergence-driven upgrades.

Enter Ethernet
While open and ubiquitous in enterprise applications, until recently it was not possible to use Ethernet in real-time applications because the delivery of IT Ethernet frames was “best effort” and unmanaged; errors, even in the best case, are annoying. In real-time OT, errors can be catastrophic, or worse, dangerous. RTC systems need reliable communications as the system’s conductor to ensure that the system operates as expected, avoiding mismanufactured products or causing system damage or human injury. Environmental challenges for IT Ethernet are rare, as IT Ethernet is generally used in an enterprise or consumer environment. Conversely, RTC systems are often located in harsh environments.

The need for robust, deterministic behavior, such as reliability in wide-temperature, noisy and dirty environments, along with higher data rates, drove the advent of industrial Ethernet. Industrial Ethernet is deterministic, robust and capable of providing both the additional bandwidth and inherent IP connectivity to get the most from RTC systems.

Let’s talk about timing characteristics and how they apply to Ethernet physical layers (PHYs).

The importance of timing characteristics
There are three main timing characteristics important in RTC systems:
• Latency. In this context, think of latency like propagation delay: It is the length of time from when data enters a system, subsystem or subsystem component until it leaves. For example, TI’s DP83826E 10-/100-Mbps Ethernet PHY has a round-trip latency of 208 ns. Lower latency can provide faster cycle times, or enable more nodes on a bus.
• Determinism. It doesn’t matter how low the latency is if the arrival time varies widely each time data passes through the system. Determinism refers to this variation in arrival time. Very low jitter in determinism is good determinism. Low determinism means that you’ll need to build less headroom into the system to accommodate changing latencies. Figure 2 illustrates the latency (208 ns) and determinism (2 ns) of the DP83826E. Real-time Ethernet protocols such as EtherCAT can take advantage of low and deterministic latency in Ethernet PHYs. 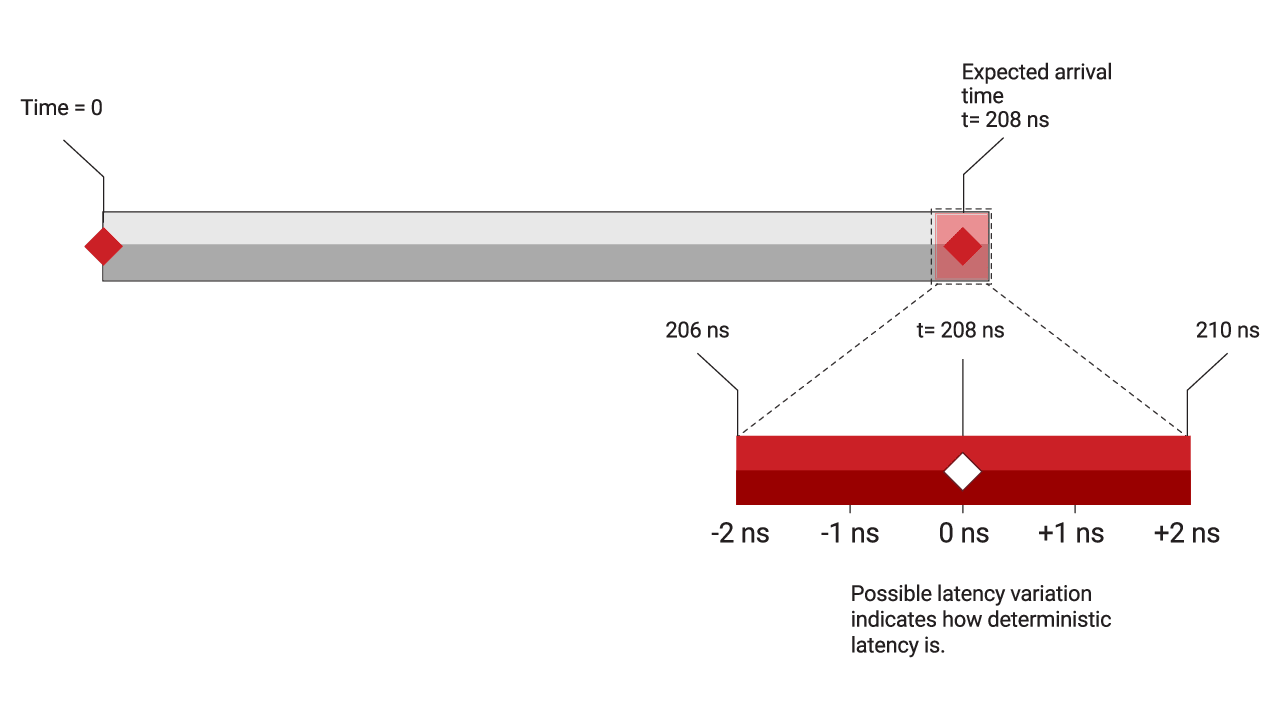 Figure 2: Latency and its determinism

• Synchronization. Tying the timing of an entire system or several entire systems together has benefits as well. Different subsystems may need to “know” exactly when another subsystem performs an operation, both to maximize efficiency and throughput and to operate safely. Industrial Ethernet protocols all support some kind of synchronization. Time-Sensitive Networking (TSN) is one example of time synchronization that can be used in RTC systems. Institute of Electrical and Electronic Engineers (IEEE) 1588v2 – or Precision Time Protocol (PTP) – helps multiple devices remain synchronized with each other. IEEE 802.1as, also known as generalized PTP (gPTP), provides further synchronization for time-sensitive applications like RTC.

Conclusion
Industry 4.0 depends on the successful deployment of RTC and communications. And it isn’t just Industry 4.0 – by using deterministic, synchronized and low-latency communication PHYs and industrial Ethernet protocols, all the instruments of the world can begin to make beautiful music together.