How to select the right industrial Ethernet standard: EtherNet/IP

Today, let’s look at the EtherNet Industrial Protocol (EtherNet/IP or EIP), one of the top five industrial Ethernet standards for factory-automation and process-automation applications. This industrial Ethernet standard is common among manufacturers in the United States. It was initially developed by Rockwell Automation and is now part of the International Electrotechnical Commission (IEC) 61158 standard. Introduced in 2001, the EtherNet/IP standard is now under the umbrella of the Open DeviceNet Vendor Association (ODVA), an organization that drives the specification and coordinates conformance testing.

EtherNet/IP has a consumer and producer network hierarchy, whereas the devices/components are called input/output (I/O) scanner and I/O adapter. There is also explicit message server and explicit message client, but I will not discuss those in this post.

The I/O adapter generates I/O data at a data rate controlled by the I/O scanner. An I/O adapter can be a digital and/or analog I/O device, or something more complex such as a motor drive or modular pneumatic-valve system.

EtherNet/IP is very flexible in terms of network topology because it’s based on the 802.3 Ethernet standard. Network topologies include line topology, ring topology, star topology or any combinations of these using hub and switch devices – see Figure 1. It supports 100Mbps, 10Mbps or a combination of the two. 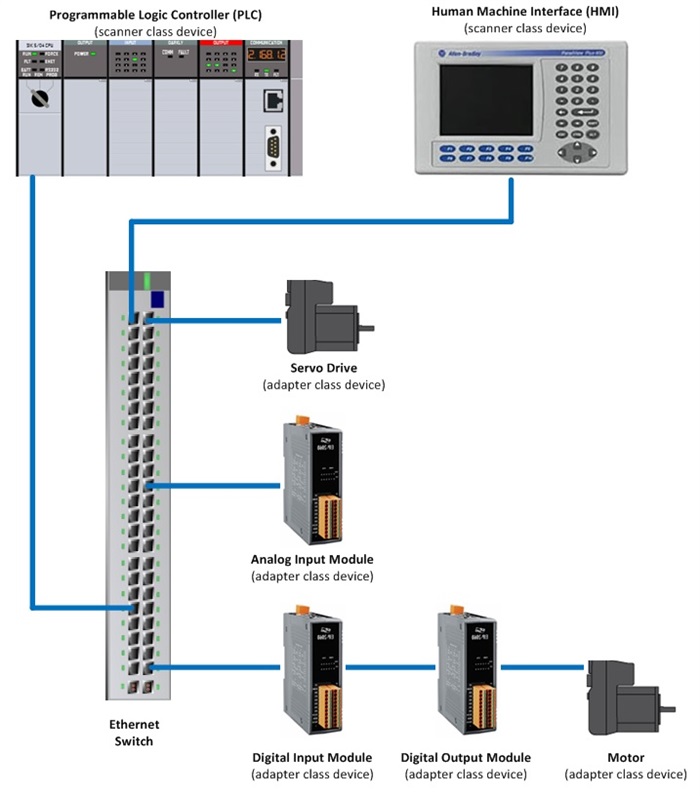 EtherNet/IP is part of a family of network protocols that use the Common Industrial Protocol (CIP) as the upper layer (see Figure 2). Other industrial protocols using CIP include DeviceNet, CompNet and ControlNet. Operators/engineers already familiar with DeviceNet or ControlNet should have no problem becoming familiar with EtherNet/IP. You can also use configuration tools for other CIP family members with EtherNet/IP. 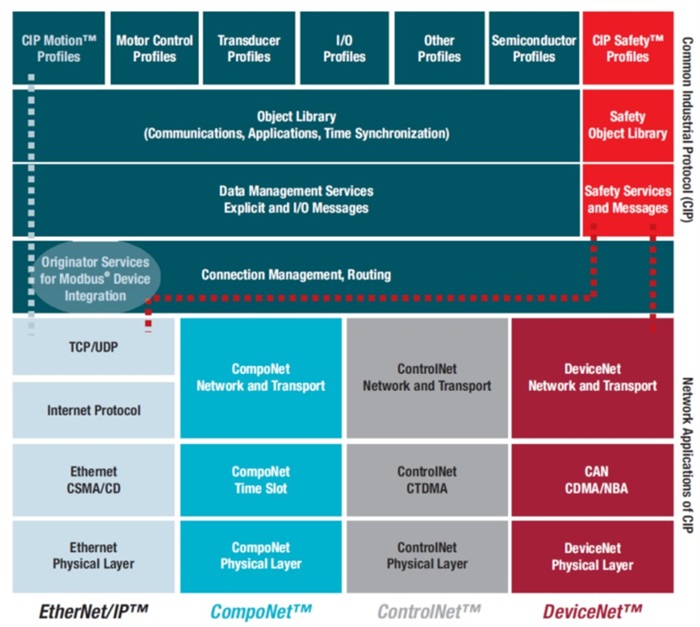 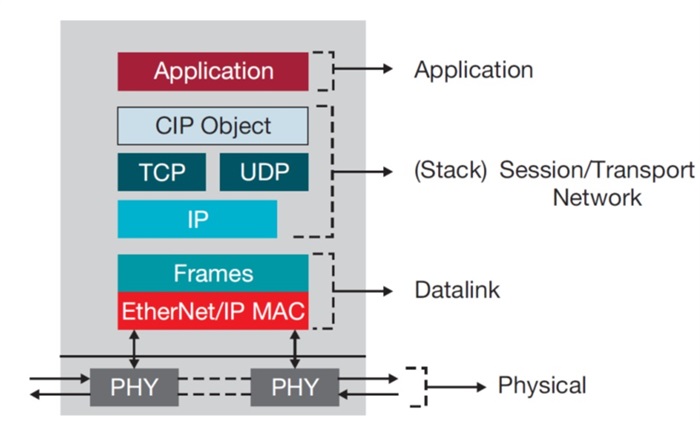 EtherNet/IP supports device-level ring (DLR), a cable-redundancy technology based on a ring topology. Each EtherNet/IP device sends out Beacon frames by default every 400µs to detect any ring break. In case of failure, a “ring supervisor” actively reconfigures the network by remotely opening or closing Ethernet ports on EtherNet/IP devices.

TI’s Sitara™ processors have a solution (see Figure 4) for EtherNet/IP supports cut-through switch technology with a unique programmable real-time unit and industrial communication subsystem (PRU-ICSS) peripheral. The solution has been conformance-certified by ODVA and was successfully tested at ODVA plug fests (a plug fest is a vendor meeting where they test device interoperability). 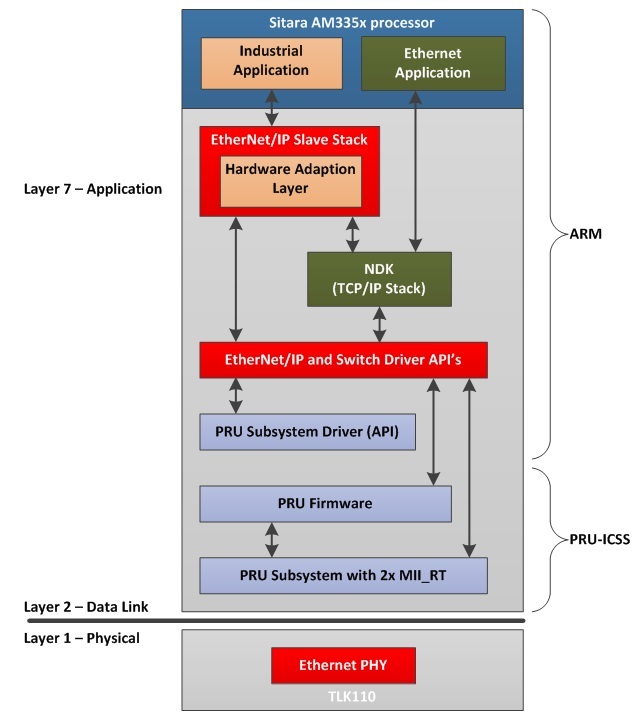 I hope I’ve shed some light into EtherNet/IP’s functionality. Make sure to read the other posts in this series to learn more about common industrial Ethernet standards.