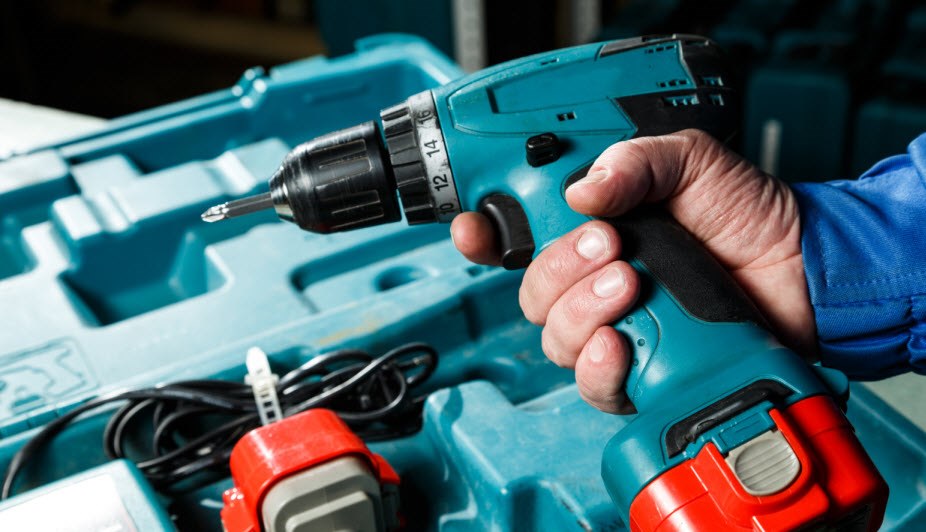 Imagine a construction site where a hammer drill doesn’t respond every time the trigger is pressed, or a drilling machine/screwdriver turns at full speed even though the trigger is barely touched by the user.

These are situations that no one wants to experience, but they could happen when the trigger of the tool wears out. This is especially true with the traditionally used resistive potentiometers, which wear out over time and use and in harsh environments (humidity, extreme temperatures, excessive dust, etc).

One solution is to replace the resistive potentiometer with a potentiometer based on capacitive sensing, which can increase power tool life and eliminate the need for expensive repair and replacement of trigger switches. 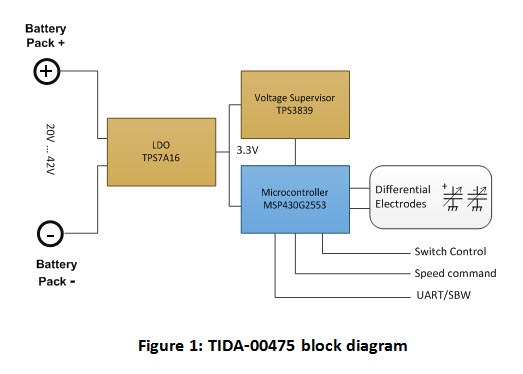 The reference design consists of the MSP430G2553 microcontroller (MCU) with pin oscillator technology capable of measuring capacitance changes on electrodes, as well as the TPS7A16 low-dropout regulator, which enables the design to be powered by battery pack of up to 10 cells in series while only consuming 65μA during operation and less than 1.2μA during shutdown.

The capacitance change is measured accurately once the PCB tongue containing the electrodes is pushed down, as shown in figure 2. 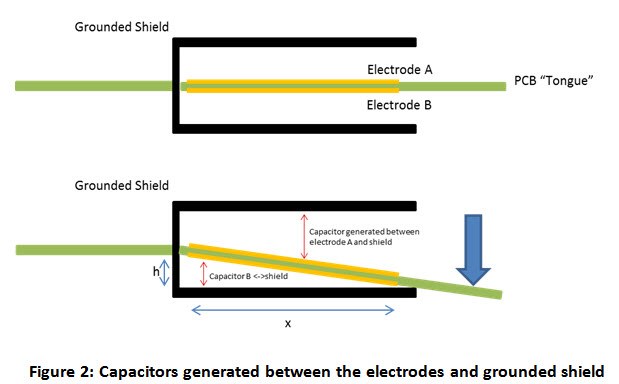 The reference design guide contains the full test demonstrating good performance even when attaching the board to a hammer drill with power supplied directly by the battery pack, as it would be during final operation. 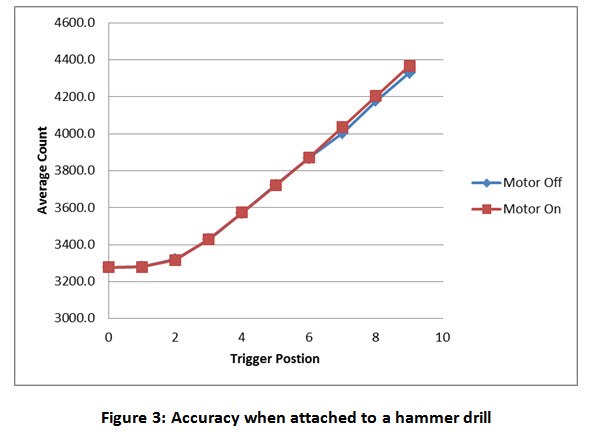 Another option for replacing a resistive potentiometer would be to use the new MSP430™ FRAM MCU CapTIvate™ touch technology, which is among the most noise-immune capacitive-touch microcontroller, with IEC 61000-4-6-certified solutions and a configurable combination of capacitive buttons, sliders, wheels and proximity sensors, at really low power consumption.

A CapTIvate technology-based solution presents the possibility of adding, on top of an accurate potentiometer, additional functions such as:

Improve reliability of your trigger switch today by adopting a capacitive-based solution by TI.