Moving to the next level of factory automation

My last post on robotics was all about which types of robots exist and how they are different. To quickly recap: 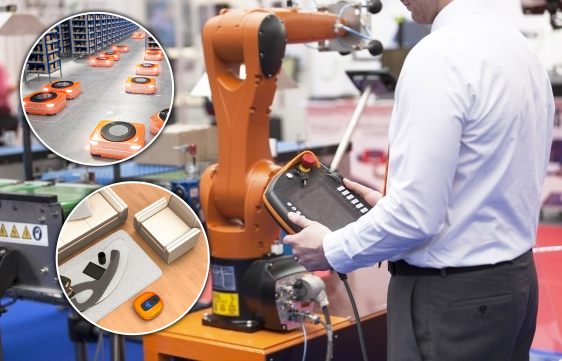 Although there are other types of robots (like drones or even medical robots assisting in surgeries), industrial robots remain the mainstay of the robotics market. Advanced manufacturing lines like the one shown in Figure 2 consist of multiple industrial robots, conveyor belts, sensors, cameras, light barriers, scanners and more, which are all interacting with each other. Humans are working in the same environment, too, checking machinery or doing inspections. 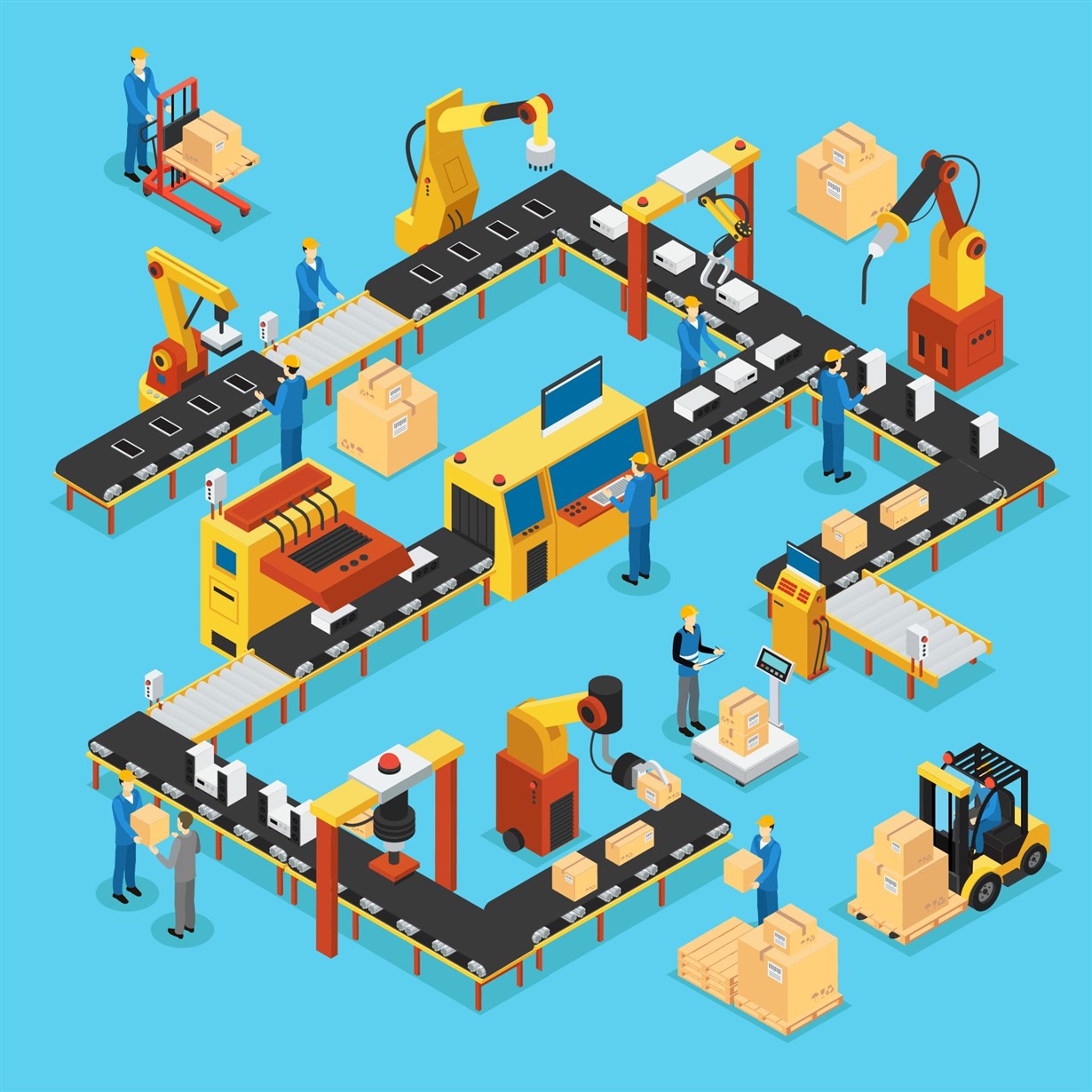 It’s not just critical to ensure that all systems work together smoothly; imagine what could happen if one machine in the middle of an assembly line fails but others continue to work. Minimizing downtime is also key in terms of cost. To ensure fast, precise, efficient and safe manufacturing, modern robot systems need to rely on three pillars: communication, motor control and sensing.

Communication not only includes the communication itself, but also the processing of signals. A typical signal loop consists of the main computing unit inside a robot controller transferring position data over industrial Ethernet to an axis control unit, which is controlling the motors inside the robot arm. A resolver senses the resulting position. The data is then sent back through a RS-485 interface to the main computing unit, which counterchecks the position and sends further position-correction data to the axis control unit if needed. This scenario uses multiple communication protocols with different physical layers, thus requiring not only reliable but also flexible processing units. A good example for processors supporting multiple industrial protocols are TI’s AM335x Sitara™ processors.On this processor family users can not only implement common industrial Ethernet protocols, but also implement their proprietary protocol.

Motor control does not only mean how many robot axis or motors can be controlled at the same time, but also how efficient this can be done. Power management is always critical in a system. However, dealing with heat caused by inefficient power supplies or field-effect transistors (FETs) with high switching losses becomes an even bigger problem in space-constrained areas. Examples include inverters placed in a robot control cabinet, or switches located inside the robot arm itself, as is often the case for collaborative robots. To address this problem, TI offers not just controllers but also gallium nitride (GaN) modules, which have greatly reduced switching losses compared to regular silicon-based FETs.

In general, sensing is a very broad term. In the case of industrial robots, sensing refers to relatively simple devices like temperature or current sensors, up to complex systems like 3-D time-of-flight (ToF) cameras. For collaborative robots, proximity sensing is critical to detect when people are around or to safely stop if or better before the robot arm bumps an unknown object. TI offers different devices supporting various advanced sensing technologies for proximity sensing, like ultrasonic, fluxgate, radar or 3D-ToF.

To learn more about TI’s expertise in communication, motor control and sensing: