What you can do with a high-CMTI isolator

CMTI describes an isolator’s ability to tolerate high-slew-rate voltage transients between its two grounds without corrupting signals passing through it. In general, higher CMTI indicates robustness to noise, and is an advantage in any isolation application. However, there are some particular applications where high-CMTI isolators can enable significant differentiation for the end product.

Solar, wind energy and grid storage applications use inverters to convert generated or stored DC power to AC power that is then fed into the electric grid. The inverter comprises insulated-gate bipolar transistors (IGBTs) or other power semiconductor devices controlled by a microcontroller. Isolated gate drivers or digital isolators combined with nonisolated gate drivers translate signals from the microcontroller to gate controls to the power devices. This provides the correct voltage and current drive to the power devices, and isolates the microcontroller from the inverter’s high-voltage parts. Figure 1 shows a simplified block diagram of a central solar inverter.

The isolators used in these applications face high ground transients (see Figure 2), since one of the two grounds is connected to rapidly switching inverter outputs. For high-power inverter designs, the inverter outputs could switch up to 1500V in a few tens of nanoseconds. CMTI is a critical parameter here, since any bit errors caused in the isolators by these ground transients can result in dangerous short circuits. 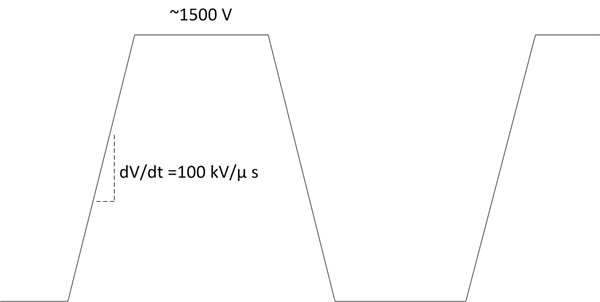 Inverters in solar, wind energy and stationary storage are starting to use higher DC bus voltages, smaller switching times and higher switching frequencies. Each of these factors increases the CMTI requirement from the isolators.

The availability and use of high CMTI isolators can thus bring several benefits to high power solar, wind energy and stationary storage applications.

What else would you like to know about isolation and CMTI? Leave a comment below and stay tuned to the Industrial Strength blog in the coming months to read more about this topic.